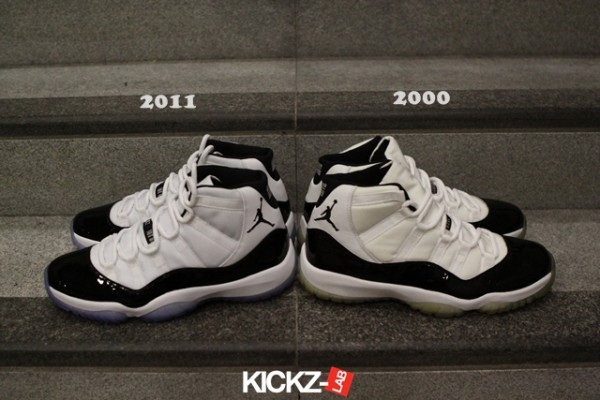 As we break into the fall season and getting closer to the release of the Air Jordan XI (11) Retro in white/black-concord, we take a look at the differences between 2 gems.

The Concord XIs were released twice before, sporting uncanny similarity between the OG and 2000 versions of the shoe. The 2011 Concord however, has some slight differences. To some, they are obvious. And to the rest, we give you the side by side comparisons of one of the greatest sneakers of all time. 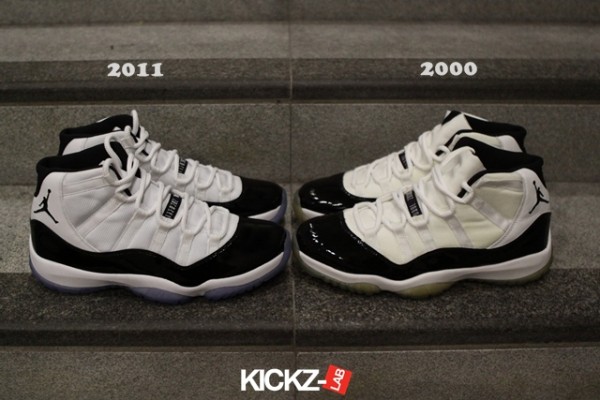 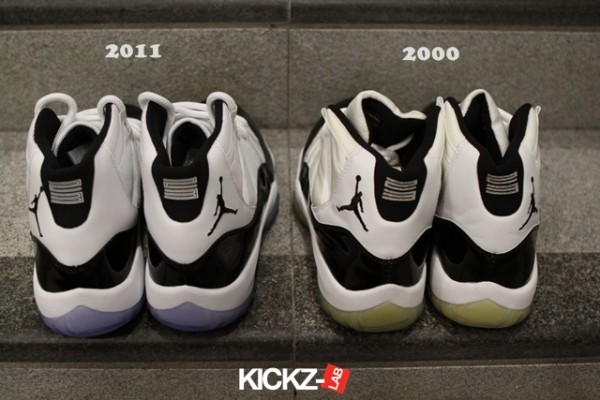 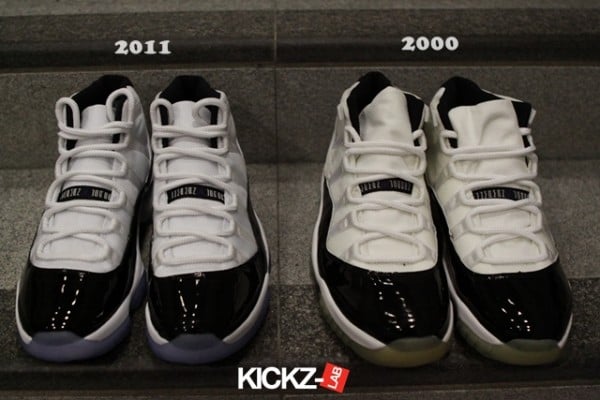