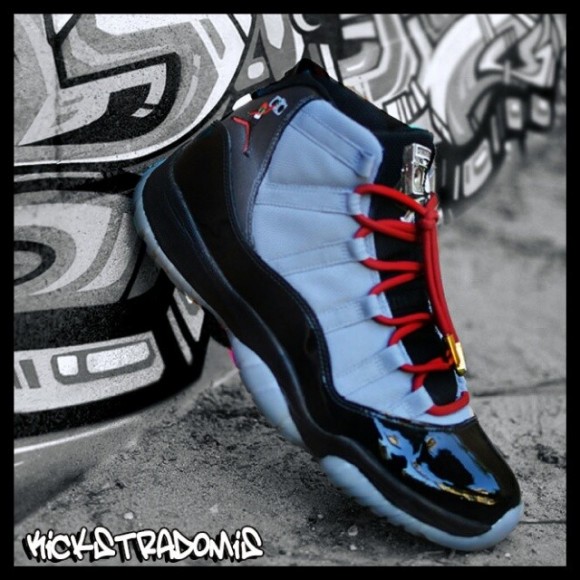 LL Cool J is one of the biggest names in hip hop history. Come on, Cool is his middle name! Born and raised in New York, LL was the physical manifestation of hip hop in the ’80s and early-’90s. Always ready and willing to take on a challenge with the themes, California-based sneaker artist, Kickstradomis, decided to make a pair of Air Jordan 11s using the hip hop superstar as inspiration.

The Air Jordan XI (11) “LL Cool J” customs by Kickstradomis have grey and black patent leather on the uppers, with red accenting on the gold aglit laces. What makes these shoes dope are the intricate details. An altered logo appears at the top of the uppers, near the rear, with the Jumpman resembling a flying, boombox-carrying LL Cool J, donning his classic track suit attire of the late ’80s. A red “LL” takes over the ankle tab on the rear. The tongues feature a screened portrait of LL rocking the eternally dope Kangol bucket hat.

These are a 1-of-1 custom project by Kickstradomis, and whoever is getting these kicks better be the biggest hip hop-head ever! The concept is totally sick, and take the art of custom sneaker designing to a new level. Check out close-ups on the details below! 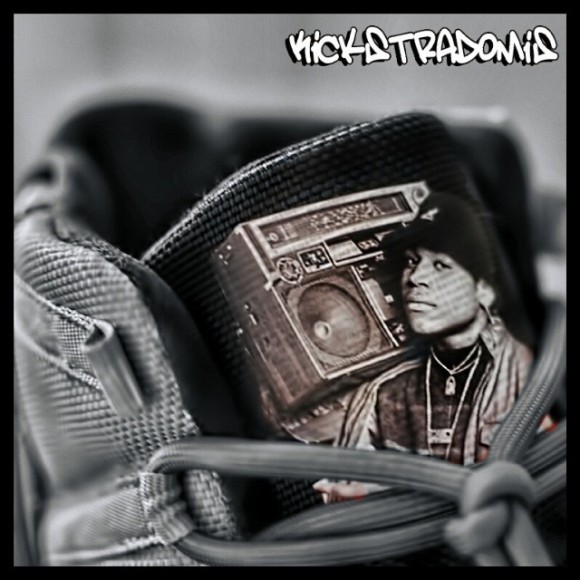 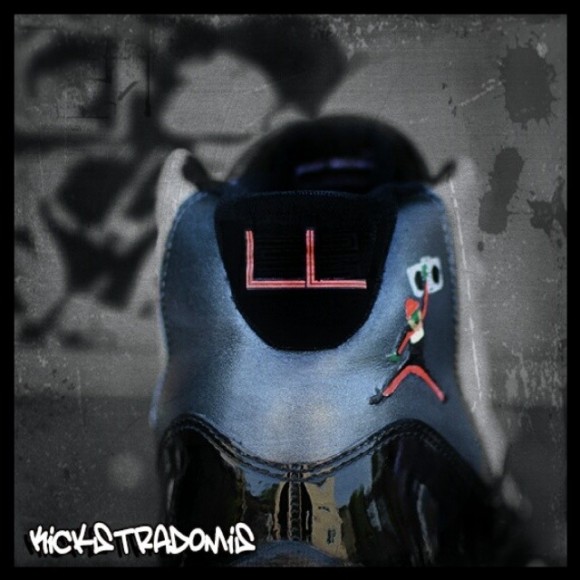