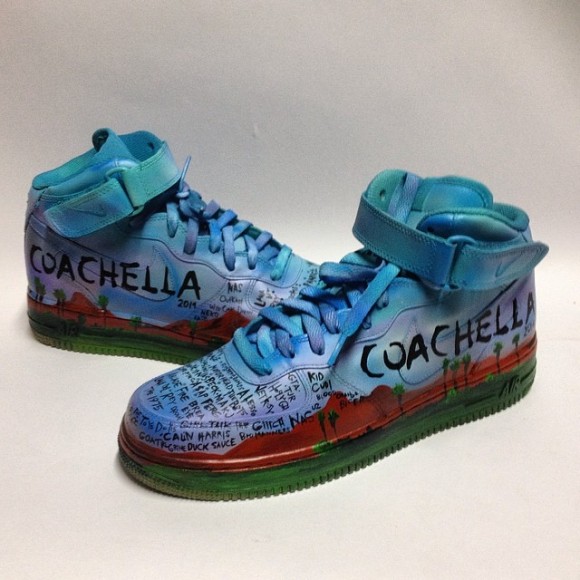 There’s no denying it: Coachella is one of the best  times of your life! If you’ve never gone, you should really consider taking a trip to the massive camp-out music festival that attracts over 90,000 attendees, for two weekends, annually. If you need more convincing, look up some clips of the revival of Tupac in holographic form. Today, we’re looking at a pair of custom Air Force 1, from King of Sneakers, dedicated to Coachella 2014, for a private order.

The Nike Air Force 1 Mid “Coachella” customs by King of Sneakers have a mural of the Coachella fairgrounds with the line up plaguing the front of the shoes. The mountains and sparse trees of the fairgrounds can be seen all over the leather uppers, with a green-grass midsole on the bottom. The uppers are mostly sky blue, with script appearing in black. Notable performers who are listed on the shoes are Kid CuDi, Nas and Outkast, among the other artists who rocked out at Coachella.

These customs are the perfect kicks for a music festival lover, especially one who is committed to attending Coachella every year. Beats a keepsake t-shirt, right? Check out some more shots of King of Sneakers creating and artwork on these AF1s below, and be sure to visit his site for any inquiries! 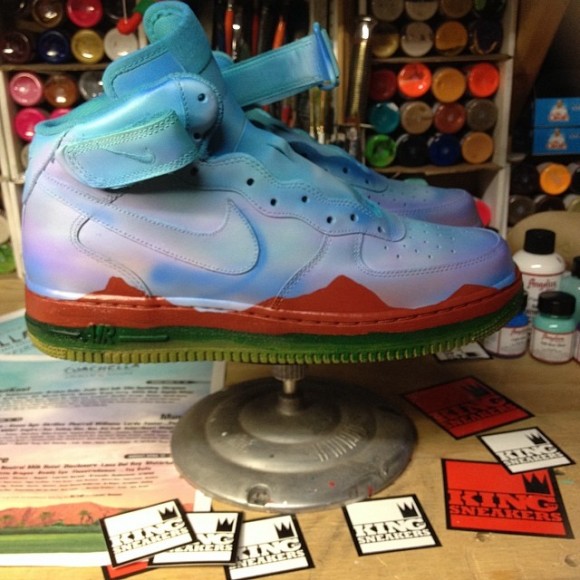 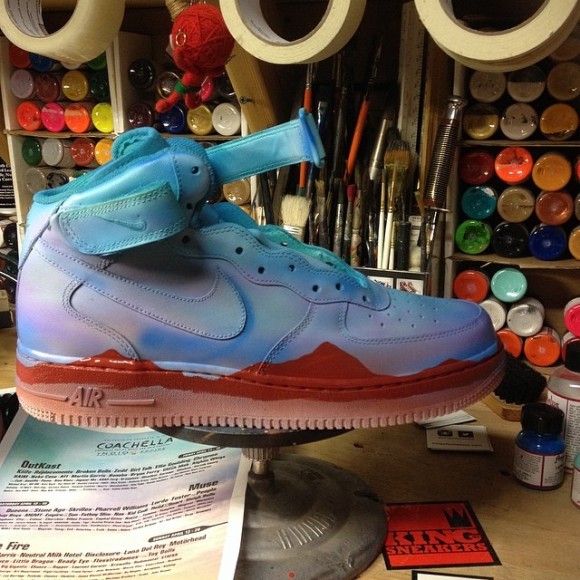