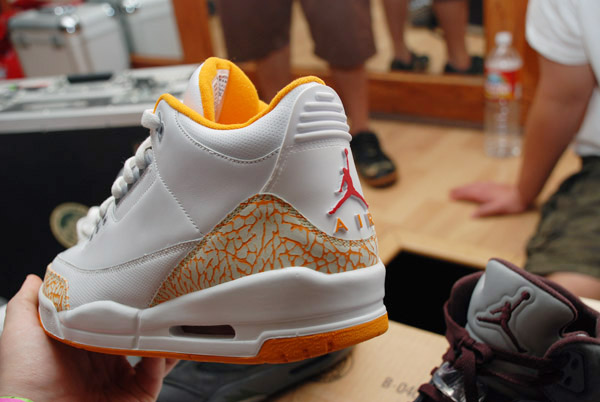 This model, which surfaced in 2007, features an all white upper with light orange elephant print, orange outsole and orange sock-liner and topped off with a red Jumpman. This simple two-tone make-up was never in production and probably won’t drop anytime soon, but let us know what you think of these unreleased IIIs.