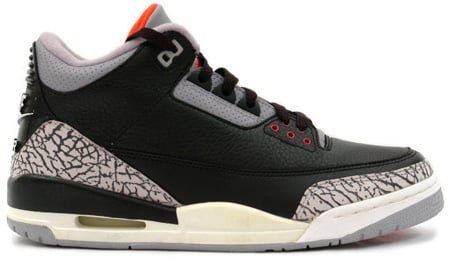 The Air Jordan Countdown Pack’s have consisted of some of the greatest Air Jordan’s ever to be released. With that said, one of the most sought after packages could be the 20 – 3 which will consist of the Black, Cement Grey and Varsity Red Air Jordan 3 (III) and the Black Suede Air Jordan XX which has been reported to be a new color-way. But keep in mind the picture above is not the official image from the Countdown Pack, but merely a preview of the Air Jordan III from the set.