Last year, we gave you a detailed look at the Air Jordan Six Rings – Seattle Supersonics, and we are now getting a first look at the two pairs of the Air Jordan 1 Retro Low Phat that are set to release with the aforementioned AJ Six Rings. Featuring a home colorway and an away colorway, Jordan Brand has essentially created two completely different colorways. The home colorway yields a white upper with a green midsole, gold outsole, and black accents. The away colorway has a black leather base with a white swoosh, a white outsole, and gold accents. Expect both pairs, alongside the “Supersonics” Air Jordan Six Rings, to release on March 14, 2009. 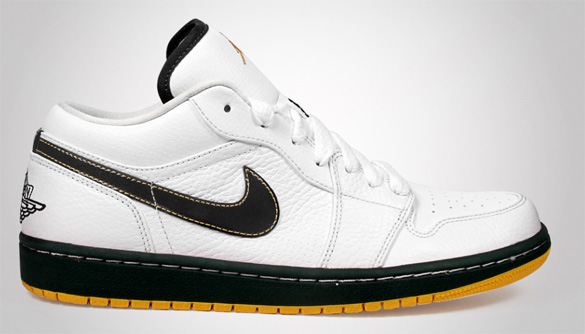 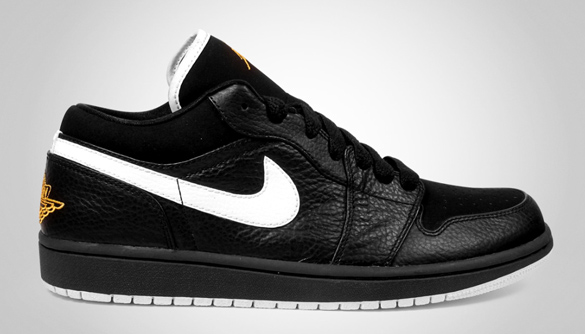