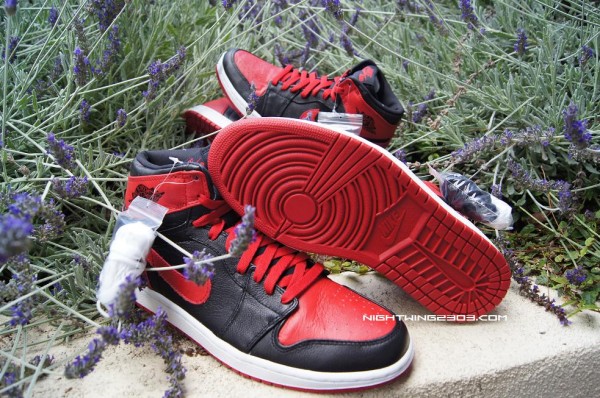 After much anticipation, along with a lot of headache, the Air Jordan 1 Retro High ‘Banned’ finally made its way to select Nike Outlets across the U.S.

There is still a very good chance that they will be released in stores later on this year however, this is not confirmed at this point along with the fact that they could undergo some changes. The materials on this shoe are one of the nicest I’ve seen from Jordan Brand in a VERY long time as far as Retro releases are concerned.

Much like the AJKO that previously released, the ‘Banned’ Air Jordan 1 features distressed leather on the upper along with a frayed Nike Swoosh on the side panels. Nike Air has made its way back onto this particular version, which is said to be one of the reasons why these pairs were scrapped. Tons of little details were added to the premium quality making this one of the best sneakers to have been made by the Brand without being official made available… at least as of now.

Check out these detailed images and let us know if you were one of the lucky Sneakerheads to have purchased a pair.