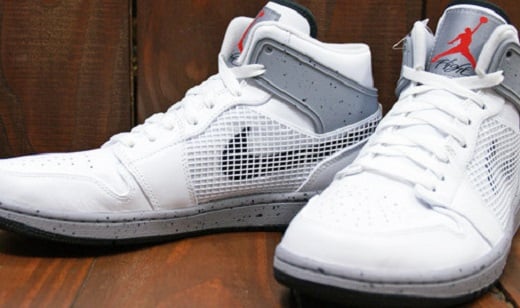 For those unfamiliar, the Air Jordan I ’89 takes parts from the Air Jordan IV, which originally released in 1989 (hence the name); in particular, we see the tongue patch from the IV, as well as the mesh side-paneling and the use of plastic along the top of the upper, used to mimic the “wings” from the AJ IV. This particular version features one of the most iconic Air Jordan IV colorways – the “White Cement” – which adds to the “Air Jordan IV” theme.

Look for this pair at Nike.com and the other major Jordan Brand retailers on August 24th. Hit the jump for a few more pics of this upcoming release, and let us know if you plan on picking up a pair. 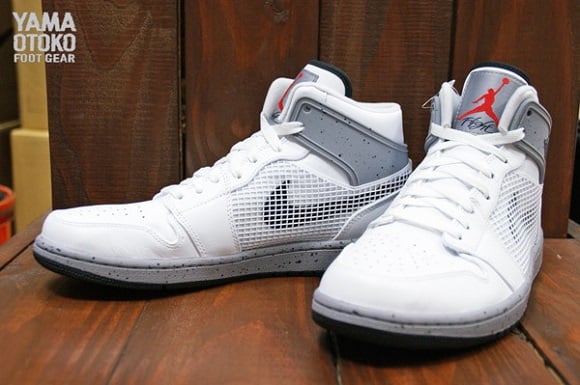 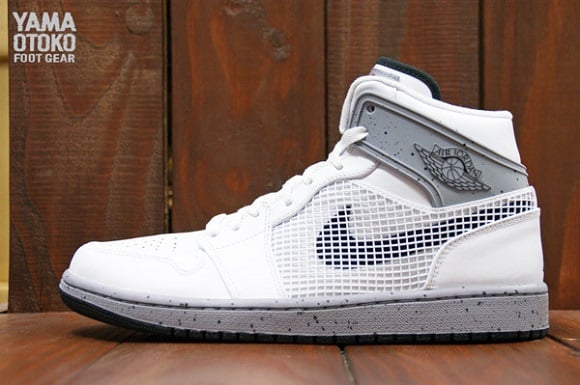 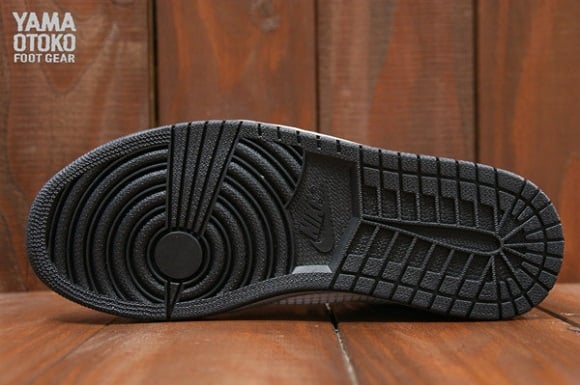 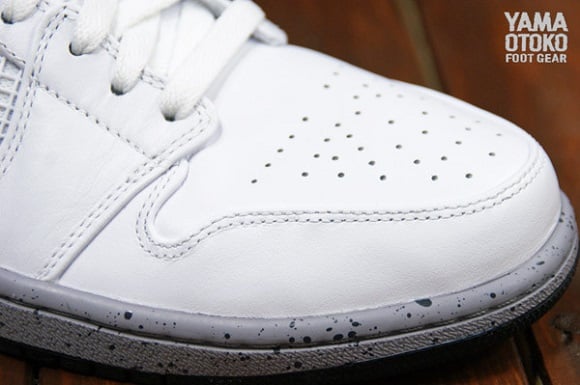 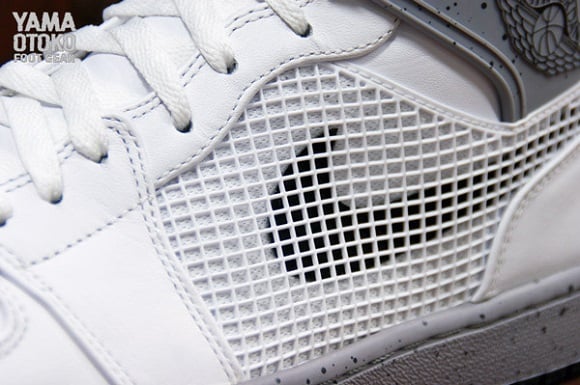 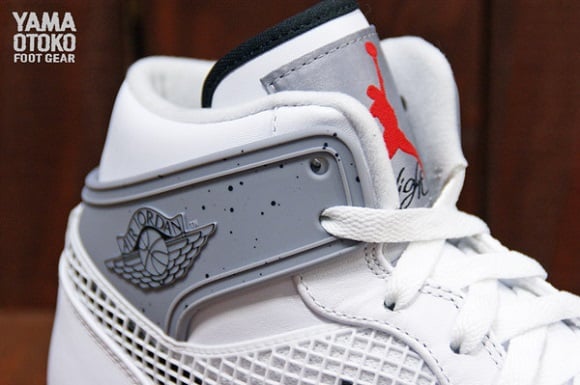 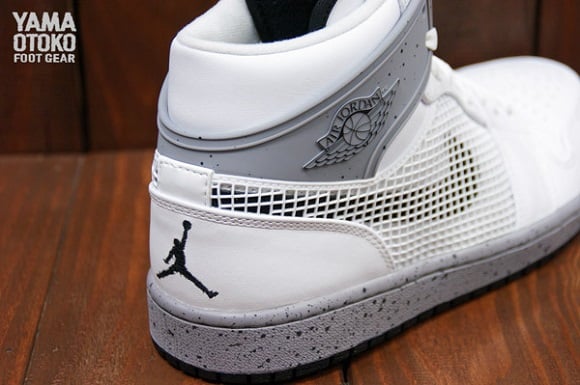 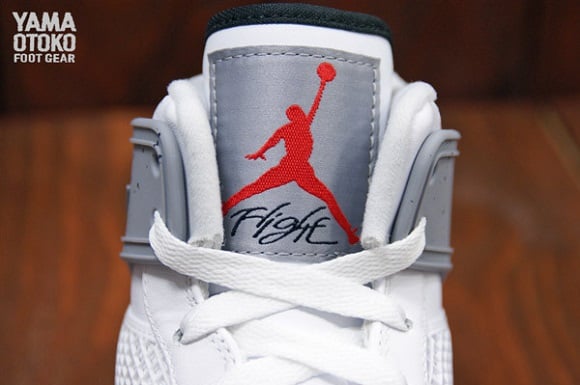