By Brian Betschart
May 21, 2009
In
Air JordanNikeNike Air Force 1 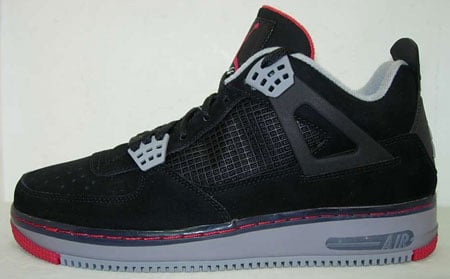 The first real images of this Air Jordan Force 4 were released earlier this month, but detailed photos have finally been released. Retaining many original features from the Air Jordan 4, these fusions carry a two-tone, Air Force 1 sole. When it comes to the upper, some of the stitching has been redone to resemble that of the Air Force 1’s upper. Also, the toebox has been perforated, unlike the toebox of the original Air Jordan 4. The majority of Nike sneakers carry stars on the outsole, and the stars on these are done in red, while the rest of the sole is grey. Overall, there aren’t any huge differences between the two sneakers. As with other fusions, these will probably receive a hate/love relationship with the masses, but we’ll definitely see when the release date hits. 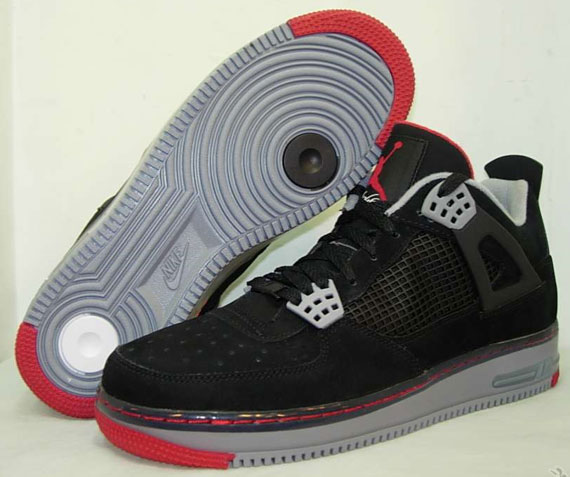 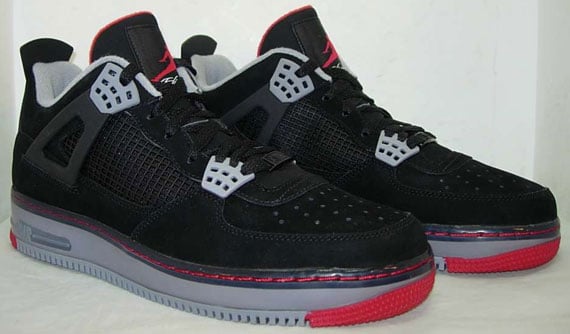 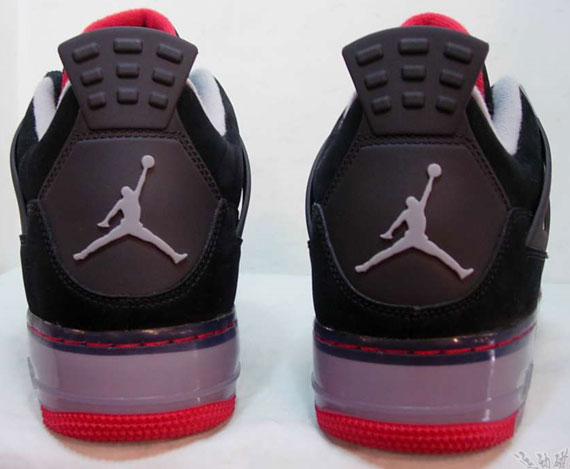 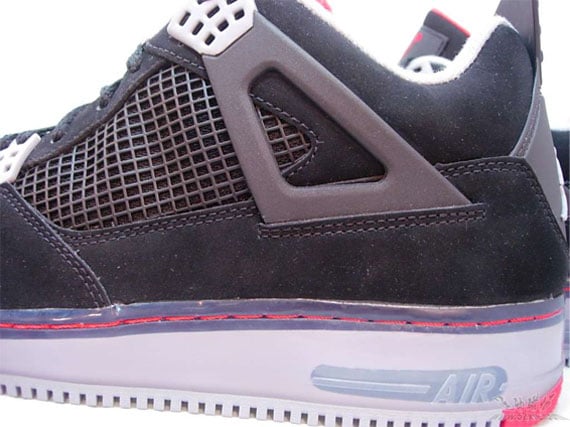