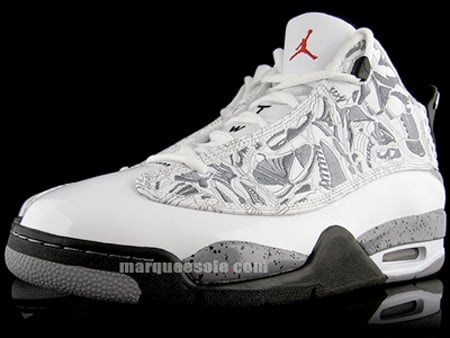 2009 has been chalked full of surprises from Jordan Brand and their most recent 2009 model to surface is the Dub Zero. Making its way backing into the line-up, the Dub Zero will feature a familiar look consisting of white upper with a grey midsole with black speckles. The Dub Zero will also sport a varsity red logo on the tongue and black accents and sole. Lastly, the Dub Zero will retain the laser design which has become one of the most distinguishable details found on the sneaker. You can expect to find this Dub Zero in-stores at select retailers starting on April 18th, 2009, but Marquee Sole has select sizes in-stock now. 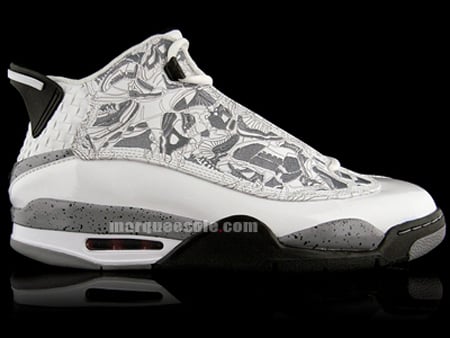 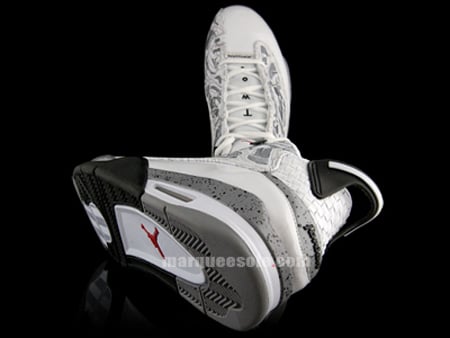