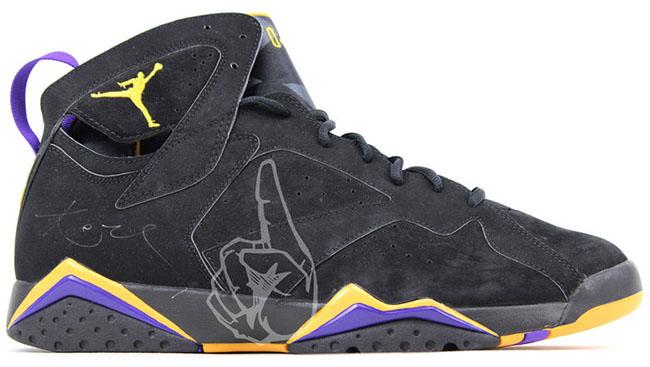 The Air Jordan 7 Kobe Bryant Lakers Away PE has to be one of the rarest player exclusives to ever leak. While we do know there are a few pairs floating around, seeing one up for sale is rare. In this case, for a brief moment, the unthinkable happened. The pair was available for a whopping $25,000 but the store has removed them. Someone could have bought the pair or the sellers had a change of heart.

In 2002, before Kobe Bryant had his own signature line with Nike and departed from adidas, Jordan Brand laced him up with a Lakers inspired Air Jordan 7. During this time was the first batch of Jordan 7 Retros to release. Furthermore, this was an era when Jordan Brand had team athletes wear the latest retro in their teams respective colors.

The ‘Lakers Away’ Air Jordan 7 PE made for Kobe Bryant features a black nubuck base with purple and yellow along the midsole, Jumpman logo and heel tab. At the time, Bryan’t number was 8 which is stitched into the medial side. It also appears that this pair is signed by Kobe, which if authenticated, would increase the value.

So the question we have to ask, would you pay $25,000 if you had it for this rare pair of Air Jordan 7 Lakers Away PE’s made for Kobe Bryant? See additional images below. 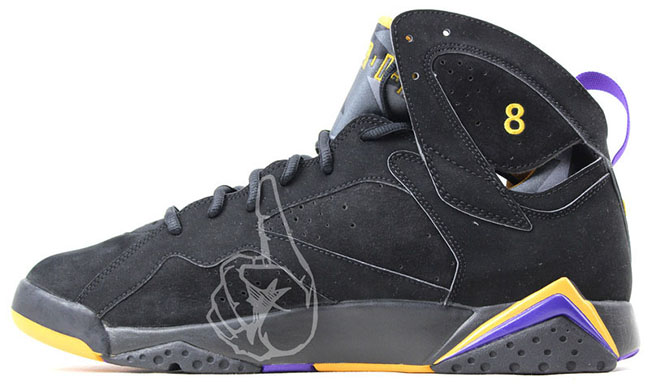 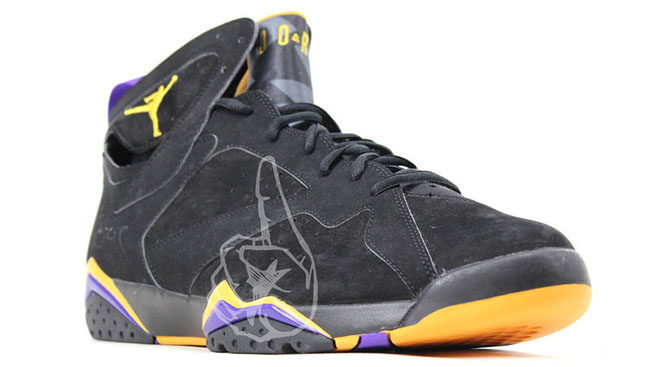 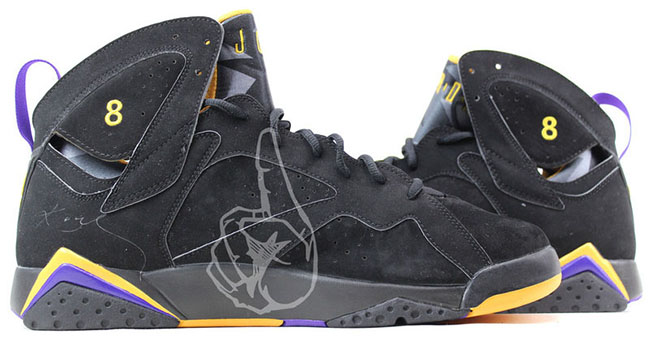 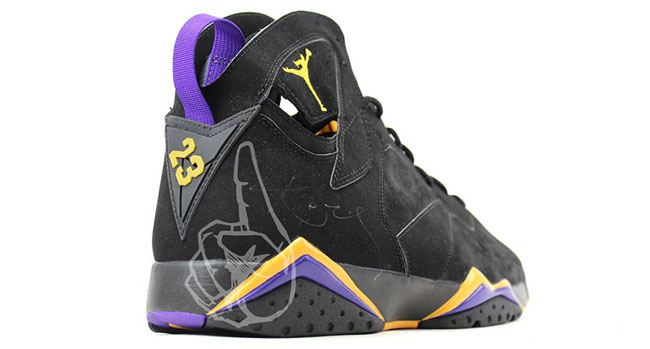 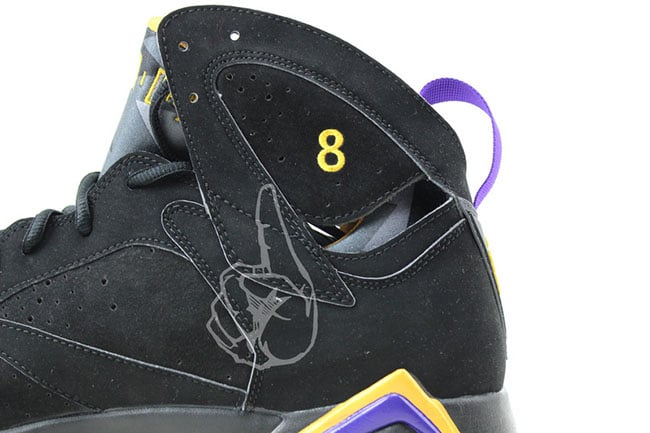