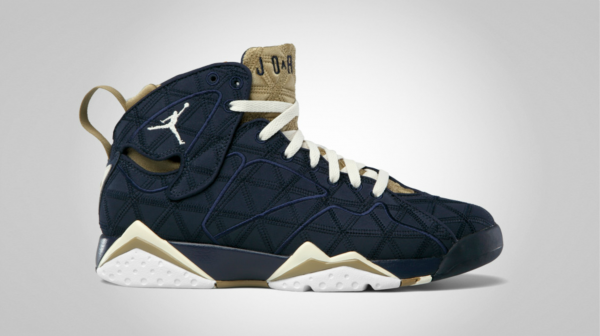 Debuting next month alongside the new Air Jordan 7 J2K and coinciding with the 20th anniversary of the Air Jordan 7 “Olympic” is this Obsidian/Natural-Filbert-White colorway of the Nike Considered-constructed kicks.

Opting for a predominately obsidian upper with matching stitching and piping and a corresponding midsole, the kicks see Filbert applied to the inner sleeve and heel pull tab while Natural accents appear on the laces and Jumpman branding. With Obsidian hitting the tongue text branding, the kicks see a combination of Natural, Filbert and white applied to the signature midsole and outsole design.

The blue patchwork kicks are slated to drop on August 4 for $175. 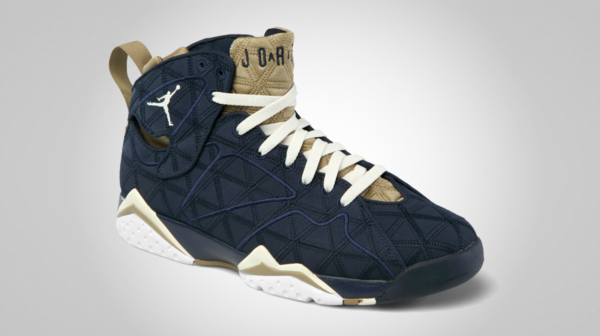