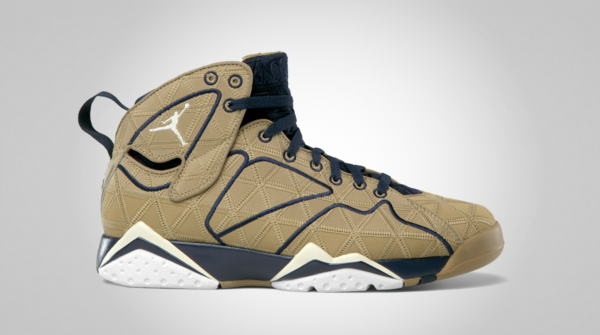 Joining the Black/Varsity Red-White colorway of the Air Jordan 1 J2K High next month are two brand new versions of the Air Jordan 7 that feature the patchwork construction and coincide with the 20th anniversary of Michael Jordan’s “Olympic” Air Jordan 7 from the Dream Team’s 1992 run in Barcelona.

First we have a look at the Filbert/Natural-Obsidian-White colorway. Featuring a patchwork upper of Filbert leather with matching stitching, the kicks sport contrasting white hits on the branding and outsole while obsidian appears on the inner sleeve, laces, eyelets, midsole, heel pull tab, outsole and piping.

Capped off with off-white appearances on the midsole, the new take on the Air Jordan 7 is slated for an August 4 drop and will retail for $175. 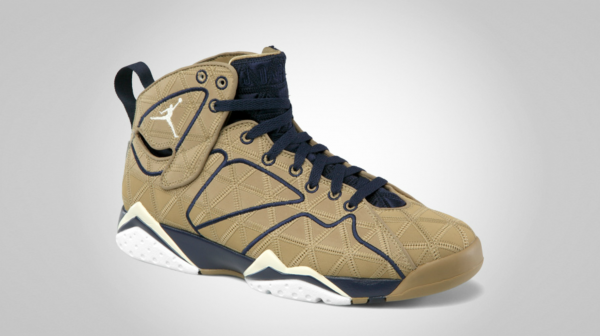