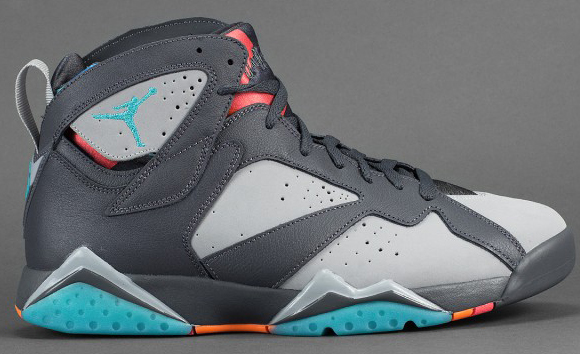 This weekend will bring another Air Jordan 7 that until recently was being called the ‘Bobcats’. Thanks to Nike, they have straightened out the naming of the shoes. They are known as the ‘Barcelona Days’, a follow up to the Barcelona Nights AJ7 which we know as ‘Marvin the Martian’. While you are waiting for the release, we have another look for you.

The Barcelona Days Air Jordan 7 features a dark grey upper which gives them a gloomy look. Following up to make sure they represent brighter days, the use of turquoise blue and total blue accent the tongue, midsole, heel and sole. Finally we have hints of wolf grey spread out. 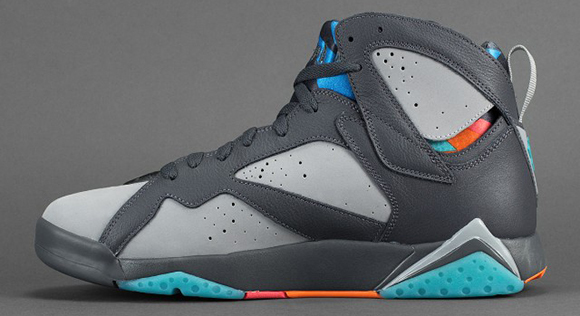 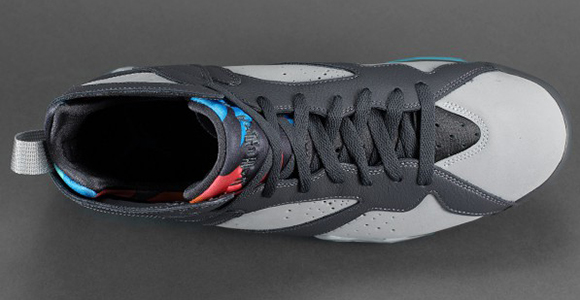