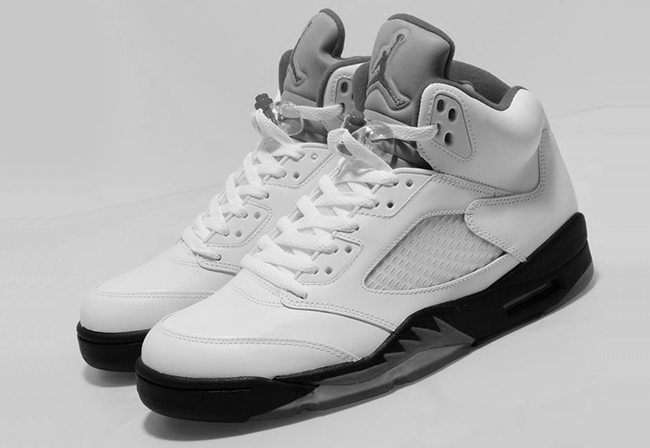 Jordan Brand will also release a few more pairs of the Air Jordan 5 in 2016. So far we have the Nike Air Jordan 5 ‘Black Metallic’ that will land at retailers in July and now we can add an ‘Olympic’ and ‘Bronze’ pair.

As of now, images have yet to leak of the two upcoming releases. However according to the color schemes, the Air Jordan 5 ‘Olympic’ will feature a White and Black mashup and the Air Jordan 5 ‘Bronze’ will use Navy and Gold. White and black will make an odd mix for an Olympic sneaker, but we are sure once photos come to light, it will all make sense.