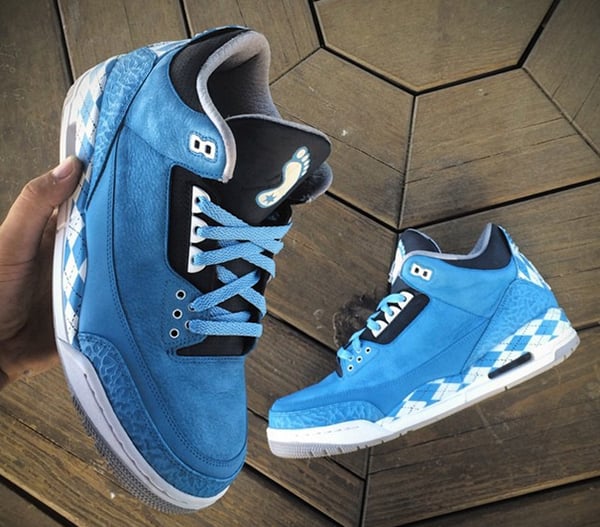 Using the Powder Blue Air Jordan 3 for the base, an easy transition was in place, but of course Mache goes the extra mile. Instead of powder blue, he hand painted them Carolina blue, which does look similar. Along the midsole and heel is the use of blue and white argyle print. The last addition is seen on the tongue, the North Carolina Tar Heel logo.

It would be nice if a general released pair of a UNC Air Jordan 3 PE came about, but we all know the whole player exclusive deal. Check out @mache275 for more of his custom work. 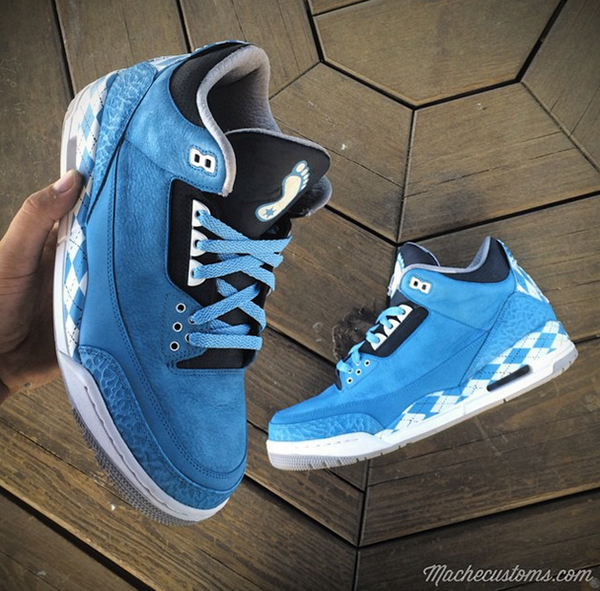