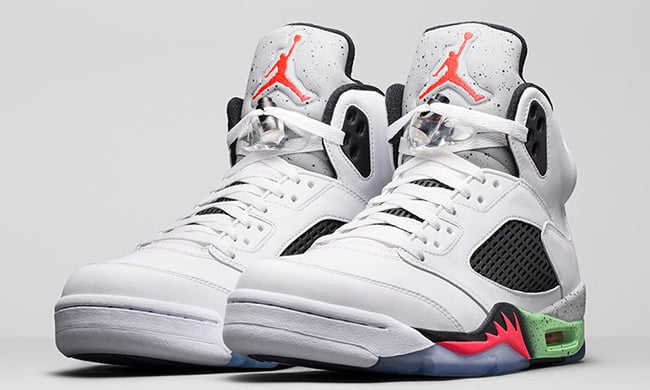 Official imagery has landed for the Pro Stars Air Jordan 5. Also being called Space Jam for a similar color combination as the cover, sources are strongly suggesting this pair is inspired by the early 90s cartoon that featured Michael Jordan, Bo Jackson and Wayne Gretzky.

The Jordan 5 Pro Stars comes with a white upper, along the midsole is a mixture of light poison green, black and infrared. Cement print can be seen on the tongue while they are finished off with a translucent sole.

You can grab the Air Jordan 5 Pro Stars on June 6th 2015 and the retail price is $190. You can see plenty of images of the shoes below and while you’re at it, leave a comment on what you think of them. 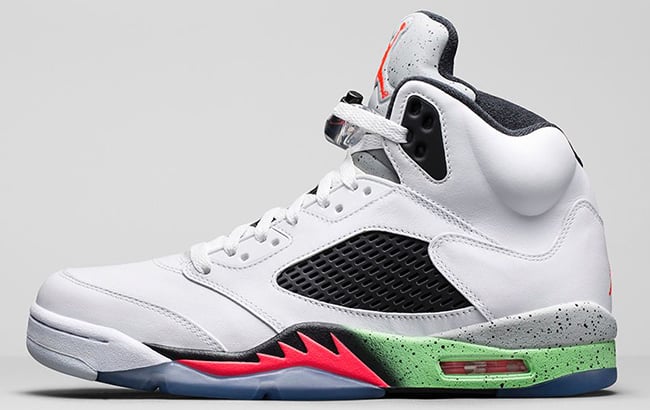 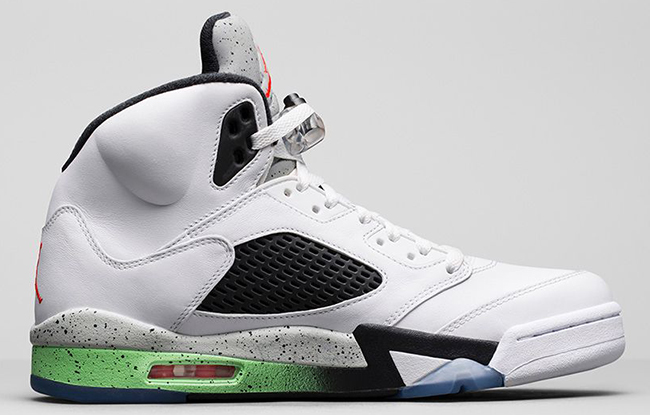 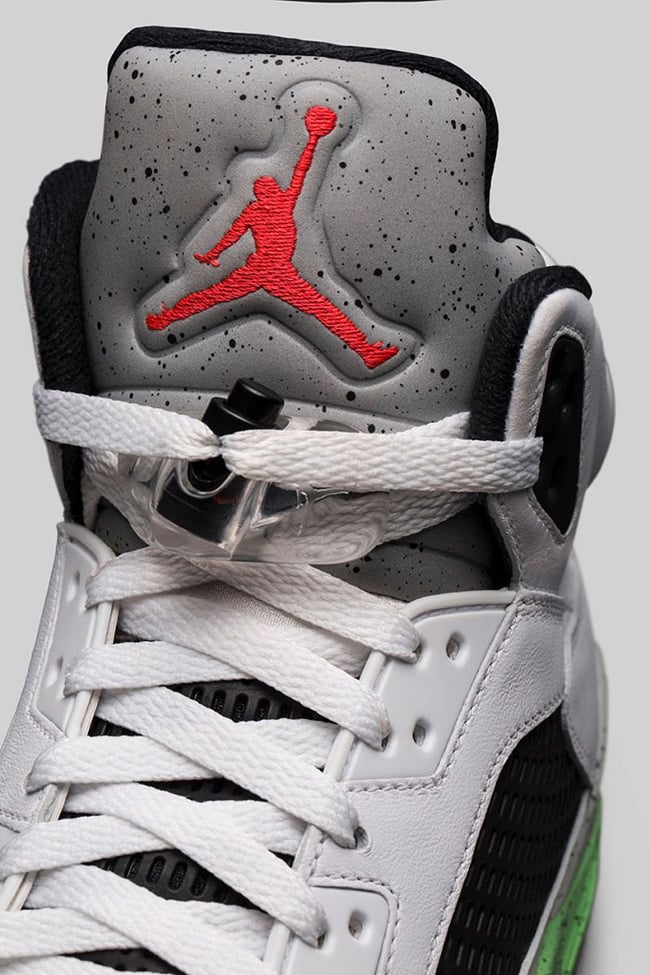 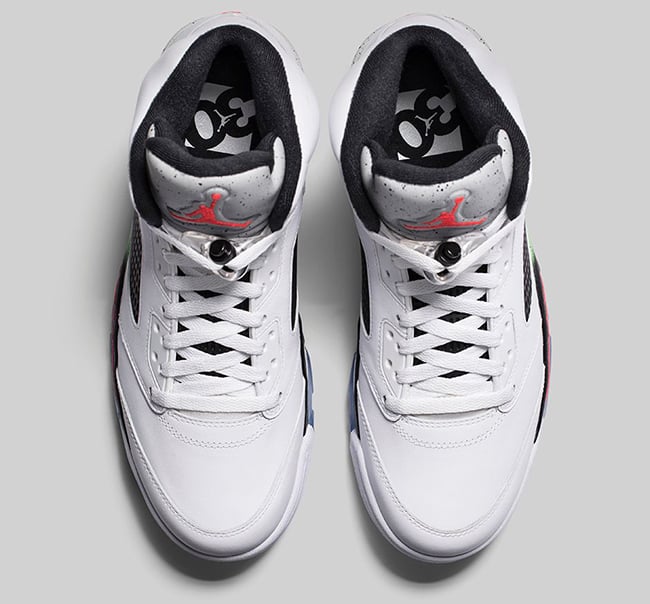 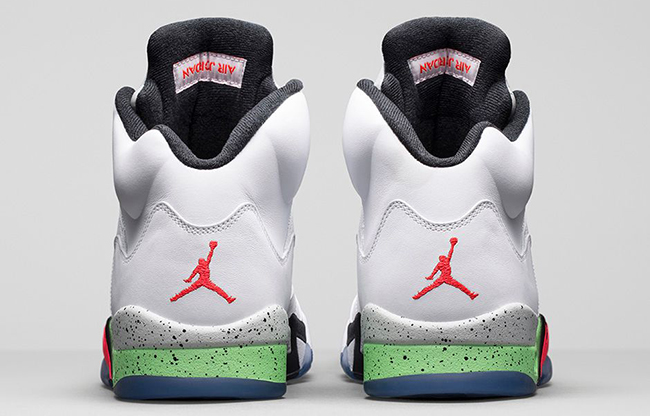