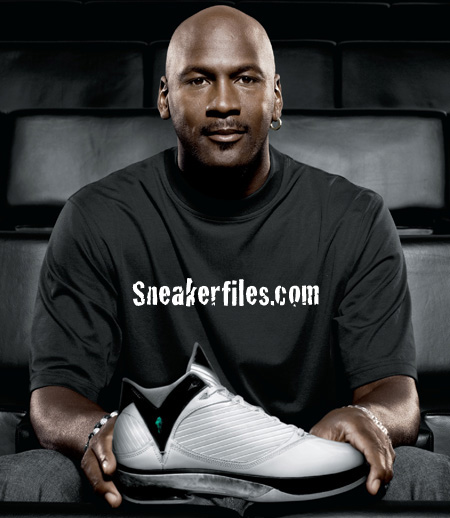 Via: Jordan Brand
Since the release of the Air Jordan XX3 (23) in January 2008, the sneaker world debated the greatest question ever asked of a basketball shoe: will there be an Air Jordan XX4 (24)? Meanwhile, Jordan Brand, a division of NIKE, Inc. and creator of the legendary franchise, fueled the fire by admitting nothing…until now.

Today, at a press event in New York City, Michael Jordan himself unveiled the Air Jordan 2009 shoe. Its sophisticated design carries on the tradition of the world’s most respected basketball shoe while presenting a new naming scheme, retiring the labels “Air Jordan I through XX3” to keep Michael Jordan’s legacy special.

Throughout the first 23 years of the Air Jordan franchise, we challenged ourselves and the industry by producing athletic footwear beyond the limits of what was possible,” said Michael Jordan. “The Air Jordan 2009 ushers in a new chapter for the Brand – it is the embodiment of what we can do and sets the course for the next 23 years for the franchise. Finish the feature after the jump!

When designing the Air Jordan 2009, I wanted to take the shoe beyond expected limits of what consumers know from the franchise and create something ahead of its time,” said Jason Mayden. “Its futuristic technology and design elements will help propel Jordan Brand towards even greater levels of innovation and style as it delivers the best performance shoe available today. 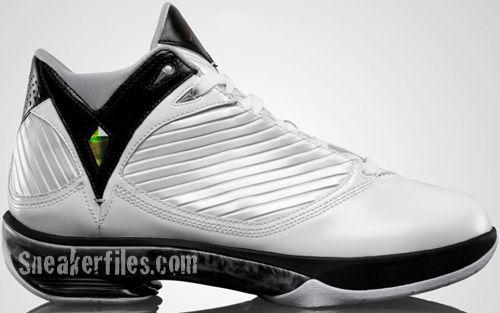 The Air Jordan 2009 incorporates a new, innovative technology in basketball footwear called Articulated Propulsion Technology, or APT. The carbon fiber prosthetic running technology used by Paralympians such as April Holmes, a Team Jordan track and field athlete and the world record holder in the 100, 200 and 400-meter races, inspired designers to incorporate those elements into the shoe and results in its futuristic look. Following the same basic form as the prosthesis Holmes wore during her gold medal 100-meter race for the 2008 Paralympic Games, the Air Jordan 2009’s APT allows the athlete to explosively and quickly propel forward on the court.

In addition to its performance technology platform, the Air Jordan 2009’s modern design elements offer a bold style statement by incorporating satin pleats and polishable dress-shoe-like panache leather, the first Air Jordan to utilize these luxurious design elements. A diamond-shaped hologram references the authenticity of the Air Jordan franchise while another distinguishing factor is the midsole’s thermo plastic urethane chassis. Created with a special injection process, the chassis features a blown-glass-inspired pattern that is unique to every shoe, making each pair a unique, one-of-one limited edition collection. 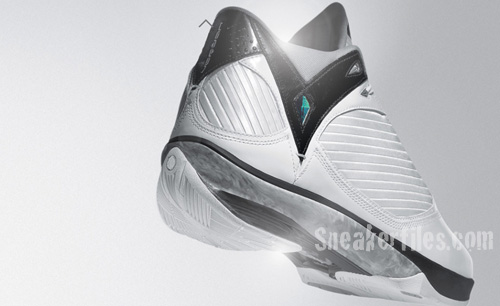 Last year was an important year for Jordan Brand as we celebrated the 23rd anniversary of the Air Jordan franchise,” said Keith Houlemard, Jordan Brand President. “The Air Jordan 2009 represents the first of the next 23 years, and we are excited about the future of both the franchise and the Brand.

The first Air Jordan released in 1985 to great acclaim during Michael Jordan’s rookie basketball season and despite the league initially banning the shoe for violating uniform rules, the shoe immediately became the industry’s best selling basketball sneaker and an instant classic. Over the next 23 years, the Air Jordan collection continued to push the envelope in footwear design, solidifying itself as one of the world’s most recognizable franchises. Consumers recognize Air Jordan for the signature Jumpman logo, pioneering technology in basketball footwear and forward-thinking fashion—characteristics that the Air Jordan 2009 embodies as it moves the franchise into the future. 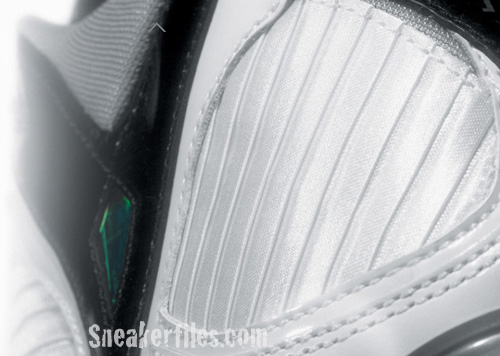