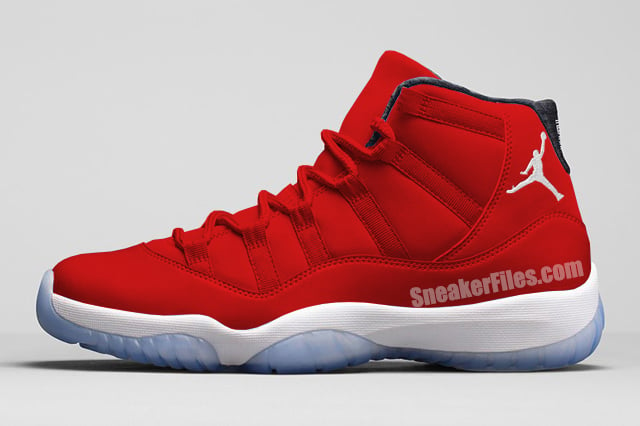 It appears that Jordan Brand has another pack for December, we have another Air Jordan 11 and XX9 Christmas Pack set to debut for the Holiday season.

Last year, Jordan Brand released the Jordan Ultimate Gift of Flight Pack which consisted of the Air Jordan 11 and Air Jordan XX9. Essentially the Jordan 11 offered was the Pantone sample we saw, while the XX9 used the same shade of blue with grey and blue accents.

Currently we don’t know what the color scheme of this package will actually be, however there are reports that should be considered rumors that the Air Jordan 11 in red (shown above) will be one of the pairs included. Essentially this was the same pair that Carmelo Anthony showed off sometime back. This release will mark the second pair of Jordan 11s during the month of December. As you probably already know, JB will launch the Air Jordan 11 ’72-10′ on the 19th.

The Jordan 11 and Jordan XX9 forming this years Christmas pack will debut on December 23rd, 2015 which is a Wednesday. Retail price is unknown at the moment, but it’s possible they will retail for $500, same as last years. Below you can see an image showing a ton of releases for the month of December, including the pack. Sadly without even seeing what the pack is, the hype will be insane. Stay tuned for additional information and details.

Update: Although we didn’t know what colorway this pack was actually going to have, it appears that a release won’t be happening. The below image which showed a Air Jordan 11 and Air Jordan XX9 2PK to release was doctored. As for the ‘Melo’ Air Jordan 11 aka ‘Red’, there is no release insight but if one does happen, we will keep you informed.

Note: The above image used is a Photoshop done for us by jayzrdead. The actual color scheme of the pack is unknown. 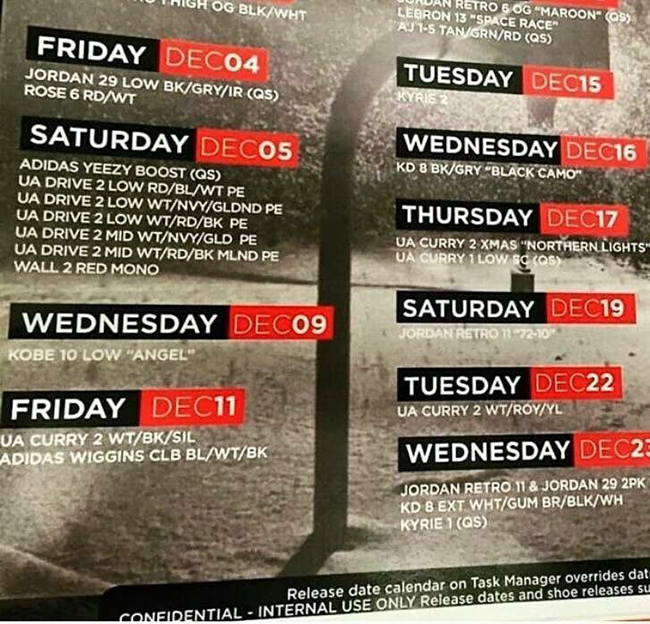