At one point in time, Jordan Brand had plans on releasing the Air Jordan 11 Low ‘Tuxedo’. This took place back in 2013 with sample pairs being produced. Rumor even spread about a release date, but as history has it and for unknown reasons, the brand decided to scrap the model.

Simple yet sleek in it’s design which always helps by the use of patent leather and mesh materials. While most of this pair is done in black, there are minor white accents on the midsole, branding, liner and sole thus giving them the ‘Tuxedo’ nickname.

Of course there are no plans at the moment for Jordan Brand to release the ‘Tuxedo’ Air Jordan 11 Low, but do you think they should have? Or would you be happy if they released them in the future? Leave a comment below and let us know what you think. You can also see a larger image of the sample by scrolling down. 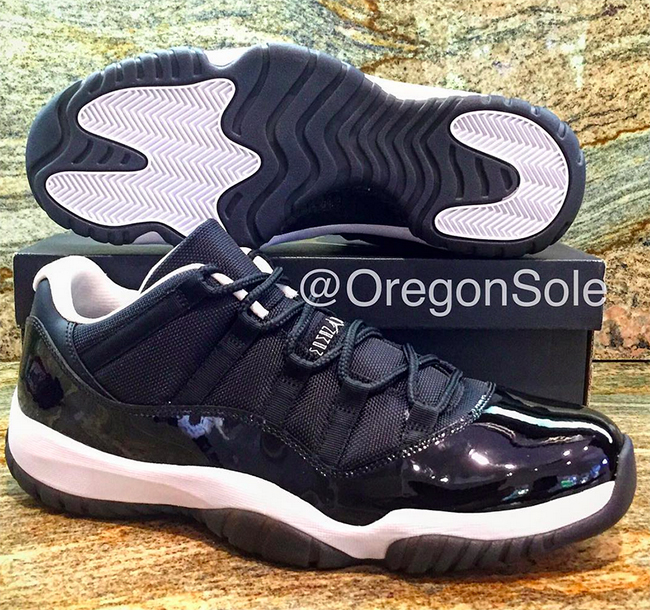 A Closer Look at the Air Jordan 11 Low ‘Cement Grey’