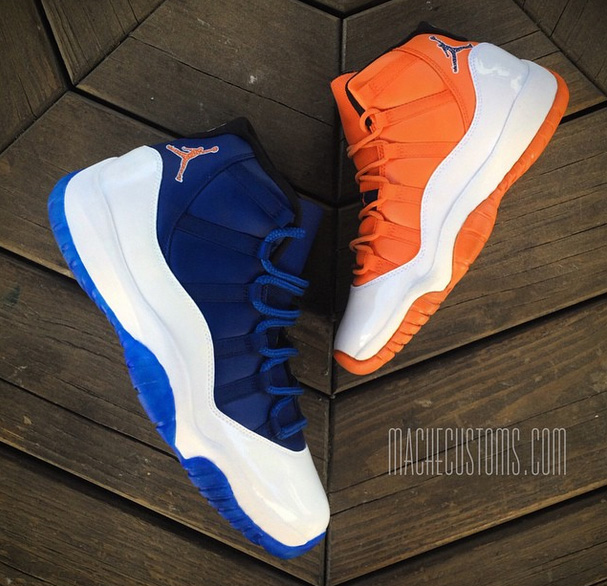 Mache has shared another custom he did using the Air Jordan 11 as the base but drawing inspiration from the LeBron 7. According to the customizer the shoes were based loosely on the ‘HWC’ also known as Hardwood Classics.

Two pairs of the LeBron 7 HWC Air Jordan 11 Custom, as labeled from Mache, a his and hers series. The adult size pair features a blue mesh upper and a deep blue translucent sole with white patent leather and orange landing on the Jumpman. The GS or we should say ‘hers’ uses orange on the uppers, white patent leather, orange sole blue hitting the Jumpman logo.

There isn’t a full size run available of the Air Jordan 11 ‘LeBron 7 HWC’ Custom, as typically the artist fills private orders only. Would you buy these custom Jordan 11s if they hit retailers?