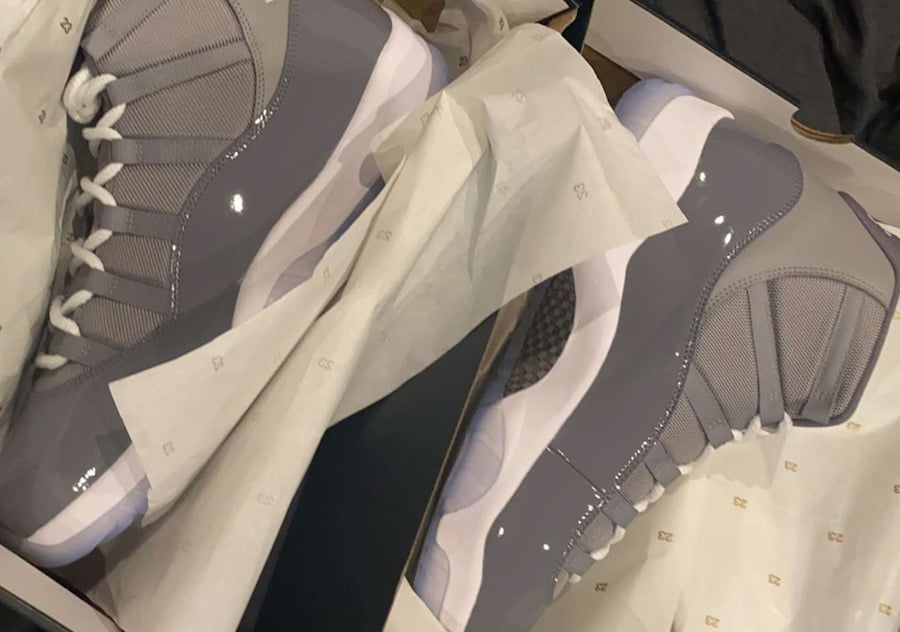 Jayson Tatum, a Jordan Brand athlete, shared a new pair of the Air Jordan 11 ‘Cool Grey’ with rumors circulating that a possible release could occur in 2020.

The classic ‘Cool Grey’ iteration of the Air Jordan 11 first release in 2001, and we saw a retro release take place in 2010. The 2020 release has some differences, including a high-cut patent leather upper with peaks, and instead of nubuck on the upper, this pair features mesh. Highlighted with Cool Grey throughout and patent leather across the mudguard, White lands on the midsole, laces, and Jumpman while an icy translucent outsole completes the look.

This isn’t the first time we saw the ‘Cool Grey’ Air Jordan 11 pop-up over the past decade. In 2010, we saw a sample version of the model, which featured a mesh upper, but came with low-cut patent leather. While playing for UNC in 2018, Theo Pinson wore the Air Jordan 11 ‘Cool Grey,’ which featured a high-cut patent leather but nubuck on the upper.

Shortly after Jayson Tatum’s image started to go viral in the sneaker community, he removed photos from his Instagram stories.

At the time of writing, there is NO confirmation that the Air Jordan 11 ‘Cool Grey’ is releasing in 2020, although some are stating a potential release could take place during the Holiday season. However, if things change and Jordan Brand decides to release them, the retail price is $220.

We have also checked with our sources and could not confirm a release. However, what is releasing for 2020 is the ‘25th Anniversary’ Air Jordan 11 with Silver Jordan Eyelets.

Update (11/13): Great news, reports are stating that the Air Jordan 11 ‘Cool Grey’ will return in 2021. You can expect the release to take place during the holiday season. 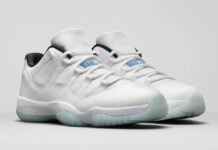