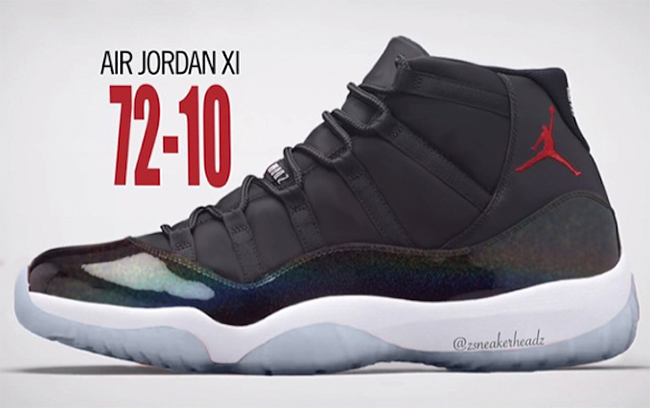 The big Air Jordan 11 release which will launch on December is known as the 72-10. As previously mentioned Jordan Brand is thinking outside the box, by issuing a sample pair that was previously released. We have found out today that even more changes are taken place that set itself apart from the samples.

The 72-10 Air Jordan 11 as you may know will feature a leather upper instead of mesh and will have a patent leather iridescent overlay. The new details we have learned is instead of the traditional rope laces, JB will use a different type. Instead of the embroidered Jumpman logo that lands towards the heel, the brand will switch it up by embossing it.

For those that missed our precious articles, the Air Jordan 11 72-10 will release on December 19th, 2015. The retail price will be a bit higher than previous pairs at $220. 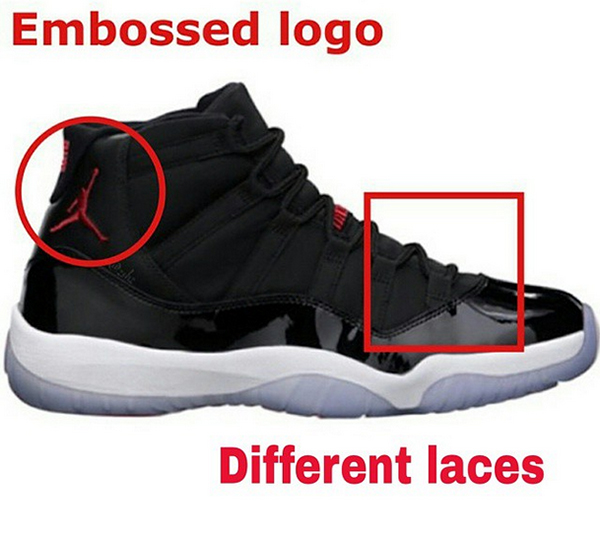