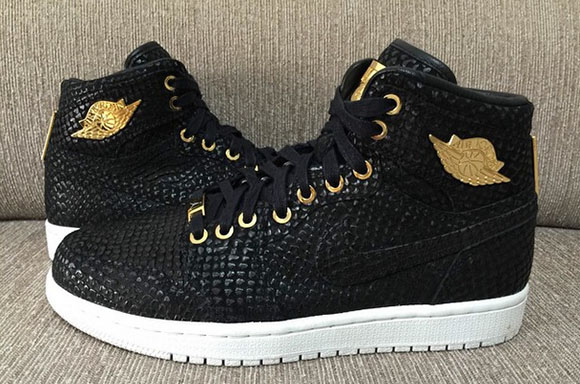 With the Flight 23 store in collaboration with Foot action opening its doors in Las Vegas recently, the store will be treated to two releases that will only be released at the location. After seeing images months back of the Air Jordan 1 High ‘Pinnacle’, they finally have a release date.

It is possible that all pairs will eventually release at other locations and online, but we assume if so its going to be a limited release. Featuring premium materials as well as 24 karat gold (rumored) the Pinnacle Air Jordan 1s come with a hefty price tag.

The Pinnacle Air Jordan 1 High will release in May 2nd 2015 and retail at $400. As of now Flight 23 didn’t say which color scheme would drop, but we assume it is the black pair with the possibility of the other two dropping also.