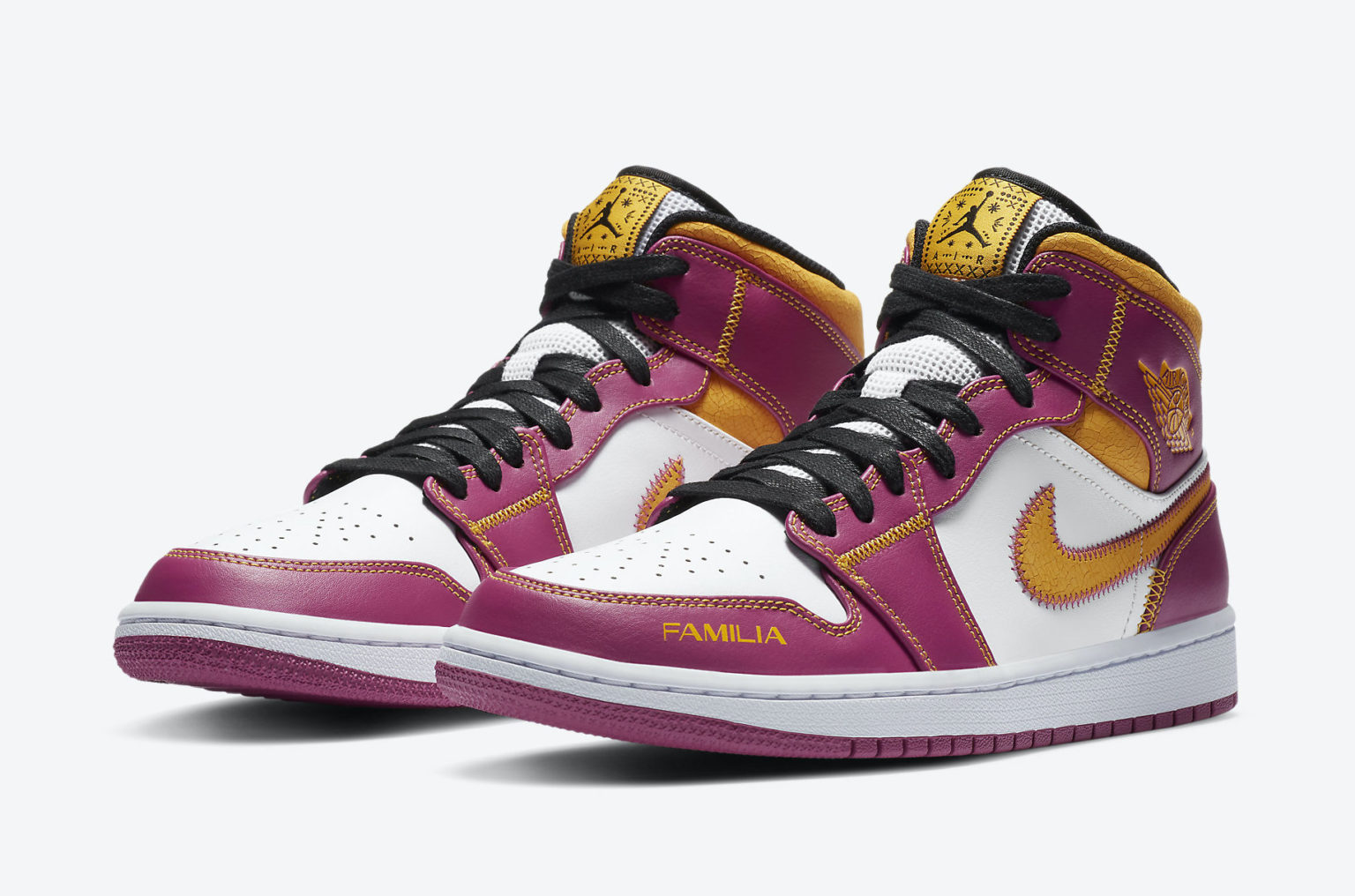 Following up on their growing Jordan 1 releases, Jordan Brand is dropping another Air Jordan 1 Mid which is known as ‘Familia’ and is part of Nike’s Day of the Dead pack.

Looking closer at this mid-top Air Jordan 1, it features White on the leather base while Magenta covers the overlays and rubber outsole. Highlighting this pair is ‘Familia’ seen on the lateral forefoot while unique designs and branding lands on the tongue label and insoles. Additionally, Yellow is used on the cracked Swoosh logos and collar while the same shade is on the stitching. Other highlights include Black wax laces and a White midsole.

More images of the Air Jordan 1 Mid ‘Day of the Dead’ can be seen below, which will give you a closer look. You can expect this pair to start showing up at select retailers, including Nike.com along with the rest of the Day of the Dead in Mexico on October 8th, while a global launch will take place on October 30th. The retail price is $125.

Update (10/9): Nike has unveiled the ‘Familia’ Air Jordan 1 Mid which is part of their 2020 Day of the Dead collection. The release will occur on October 8th in Mexico, while a global release will take place on October 15th.

Update (9/22): Official images of the Air Jordan 1 Mid ‘Familia’ in adult sizing, which will release in men’s and grade school sizes. 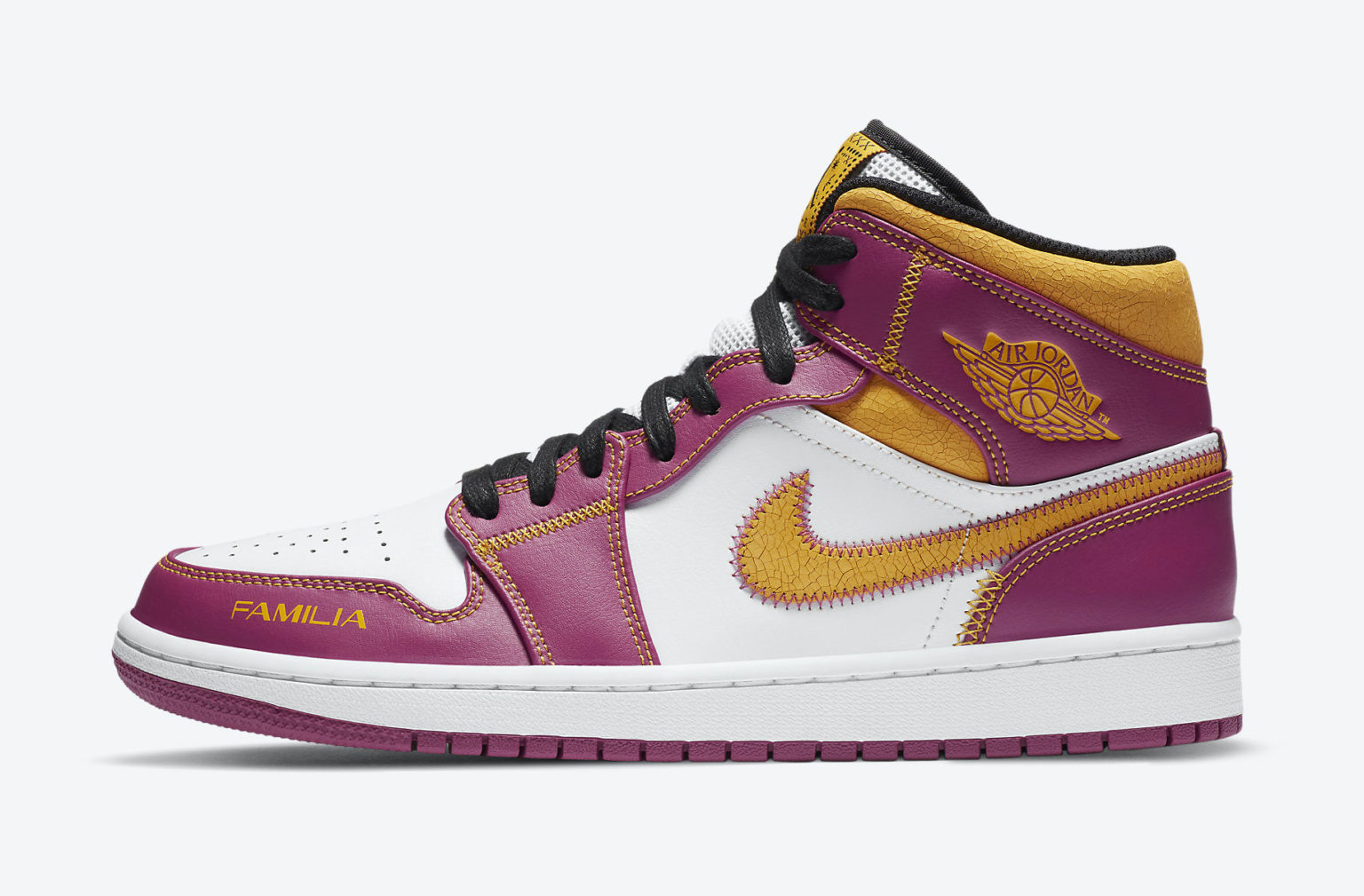 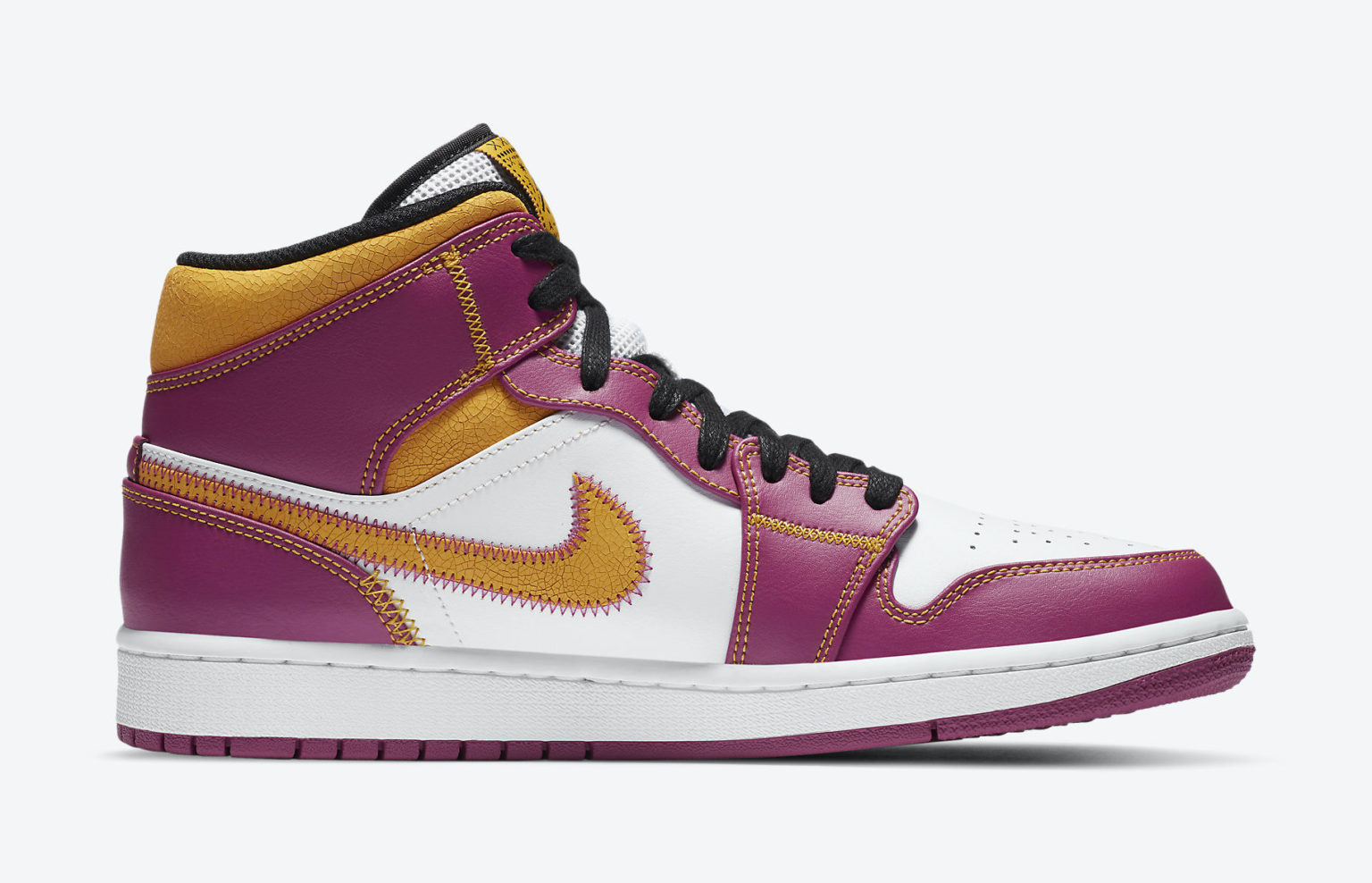 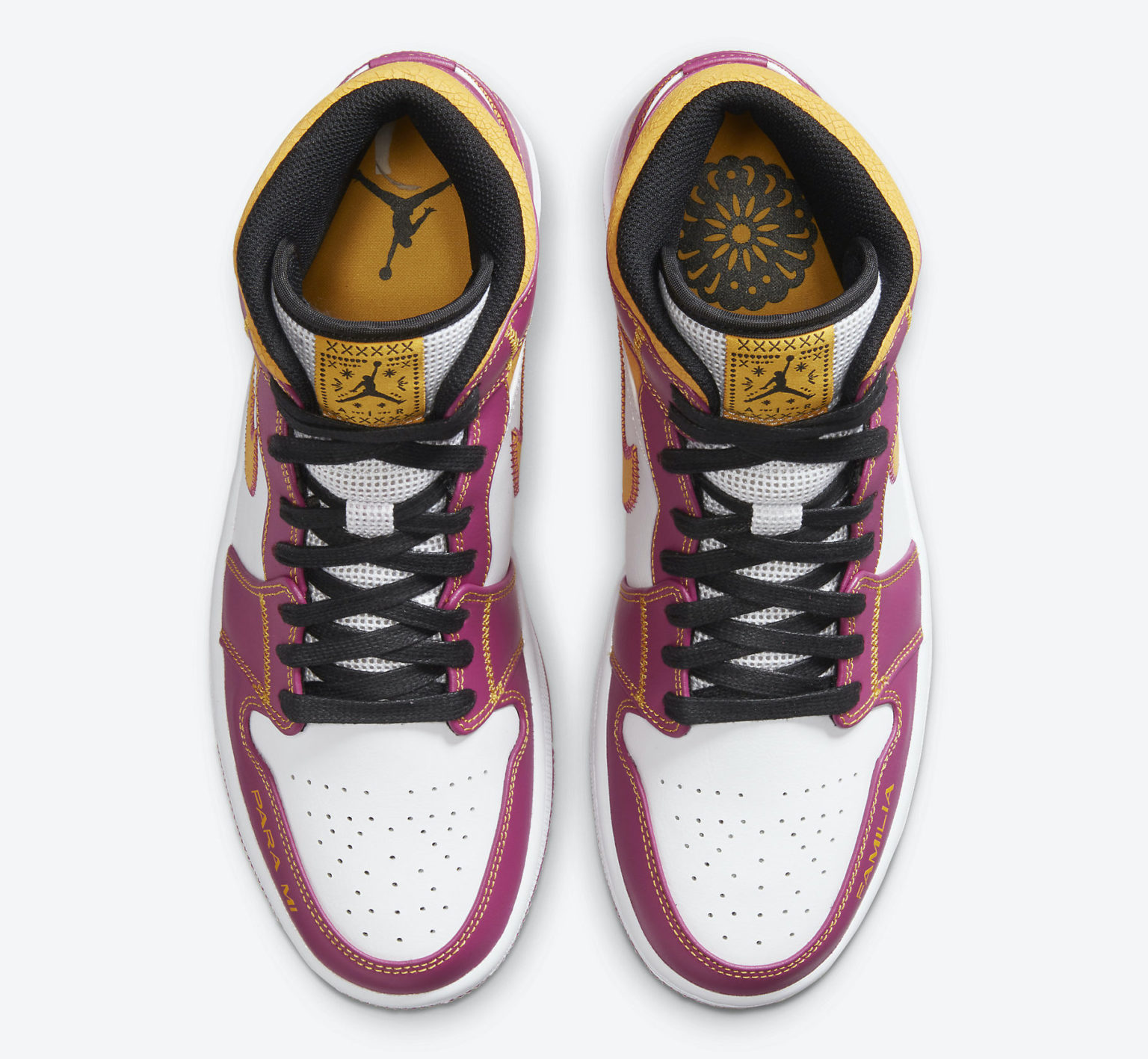 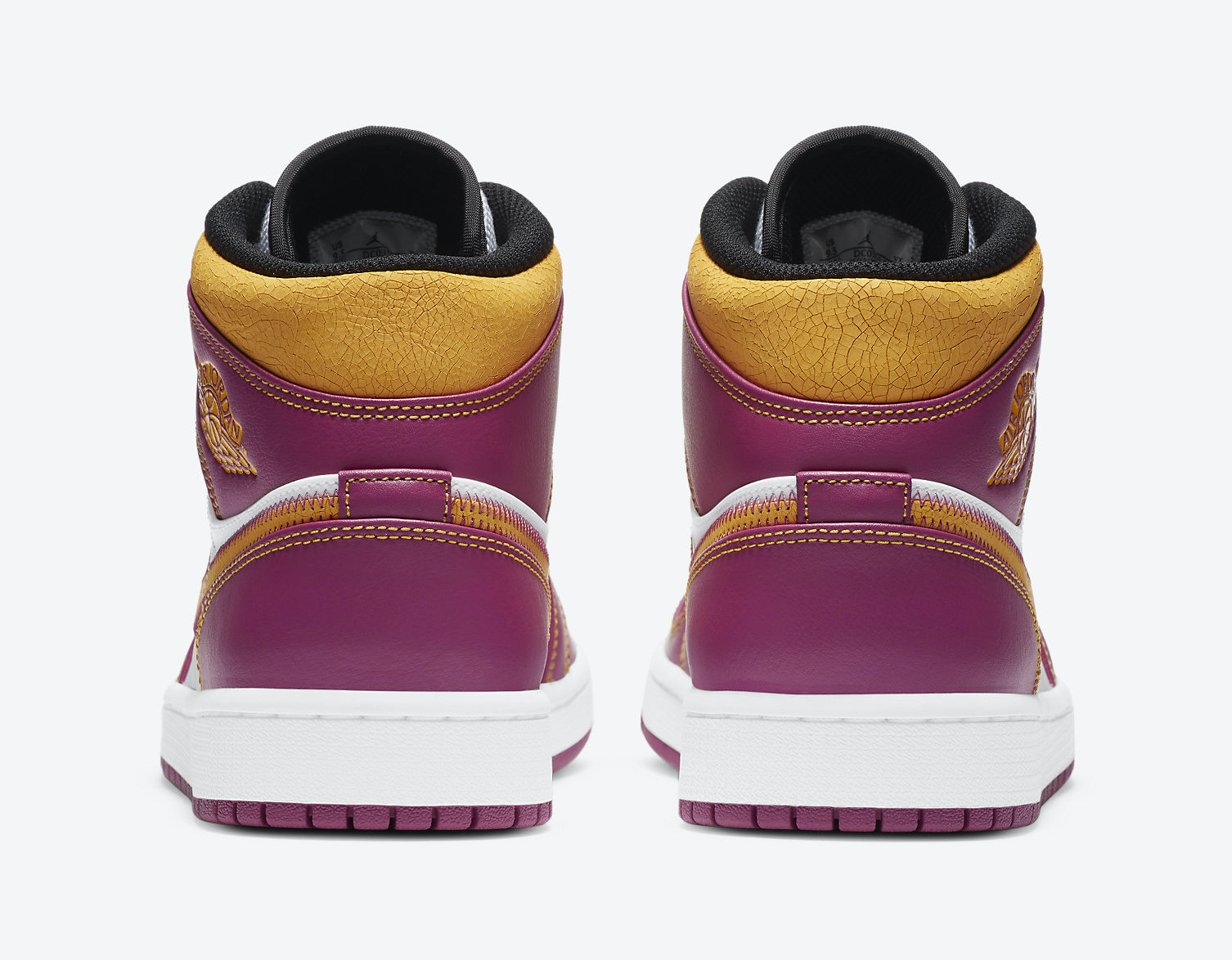 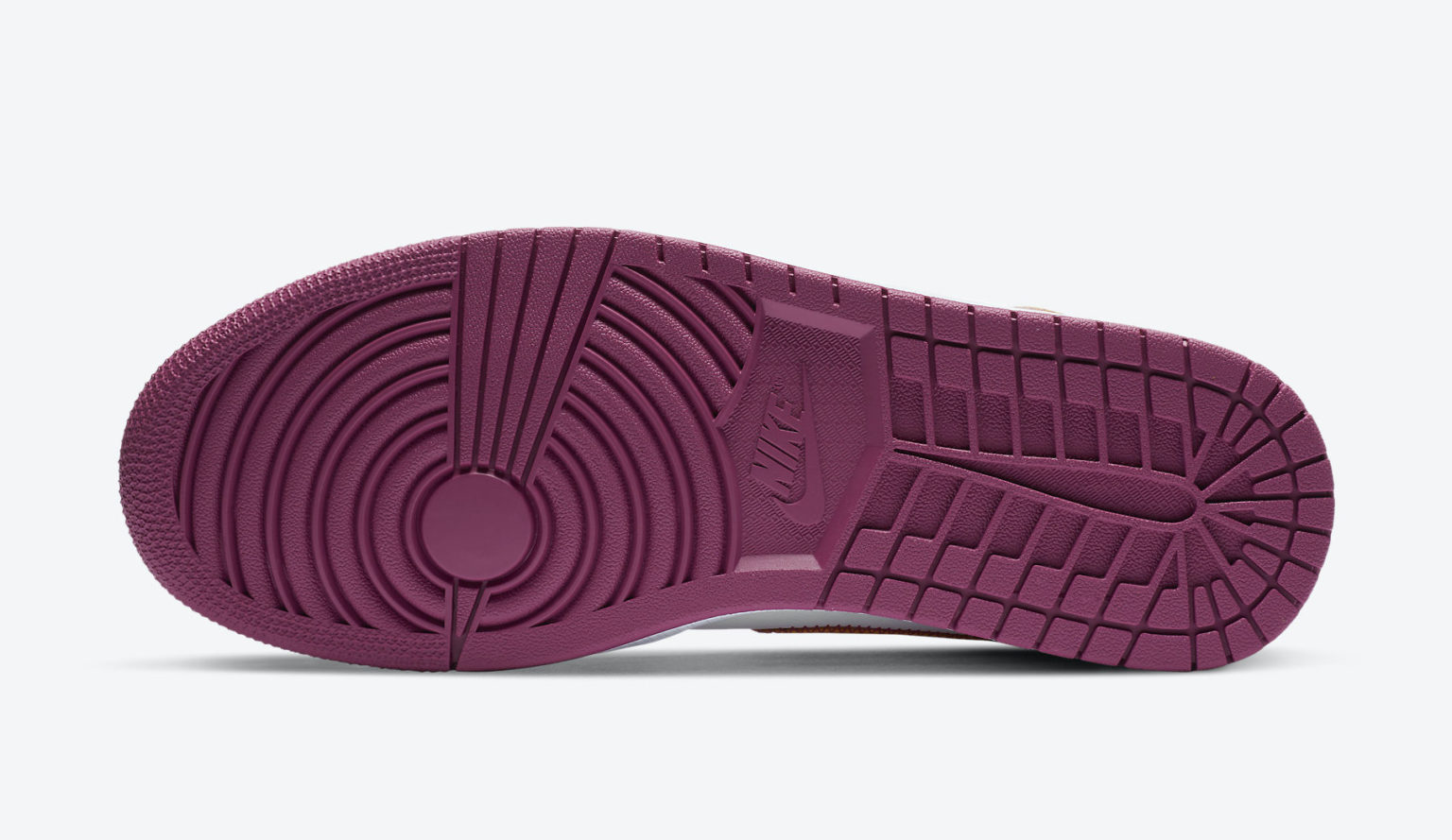 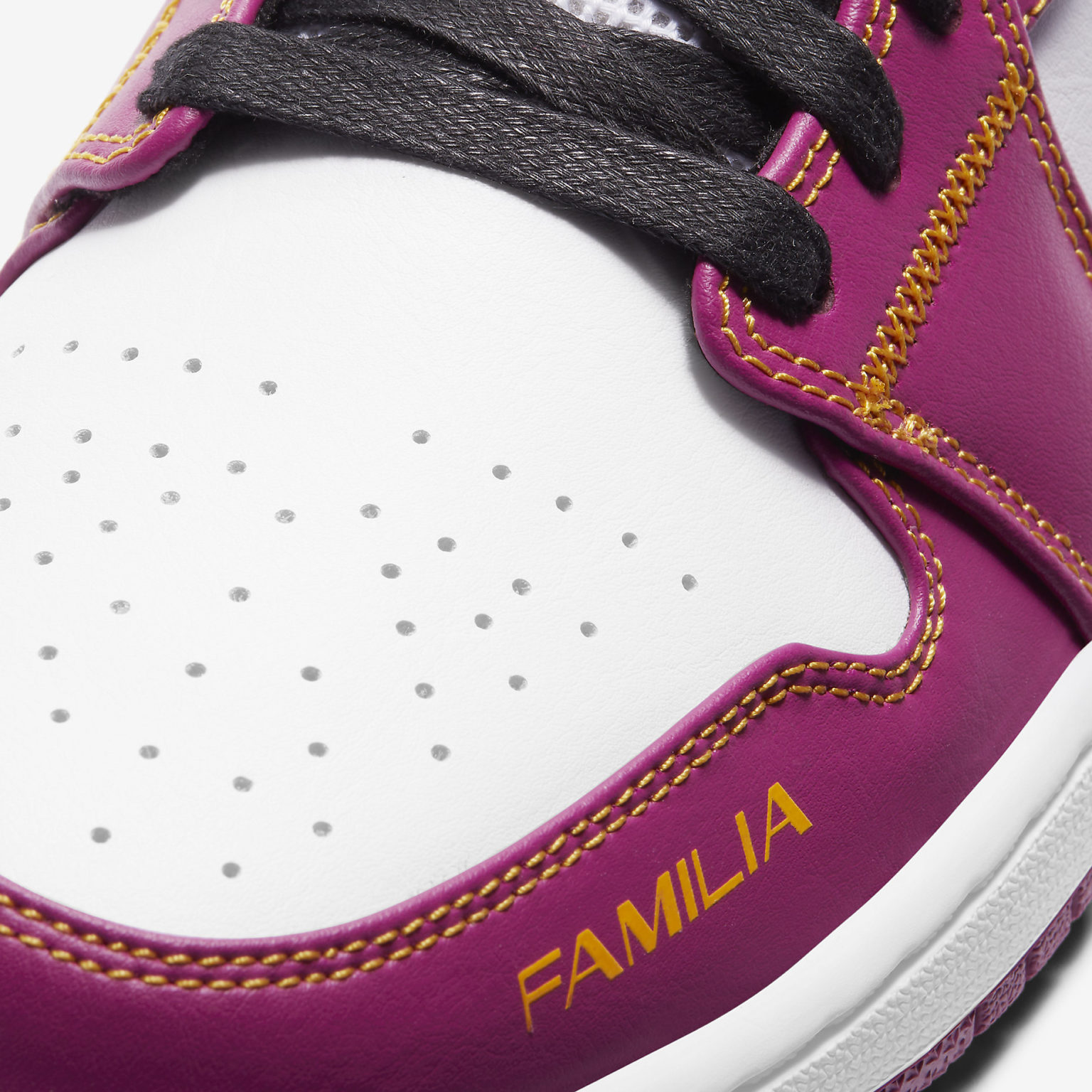 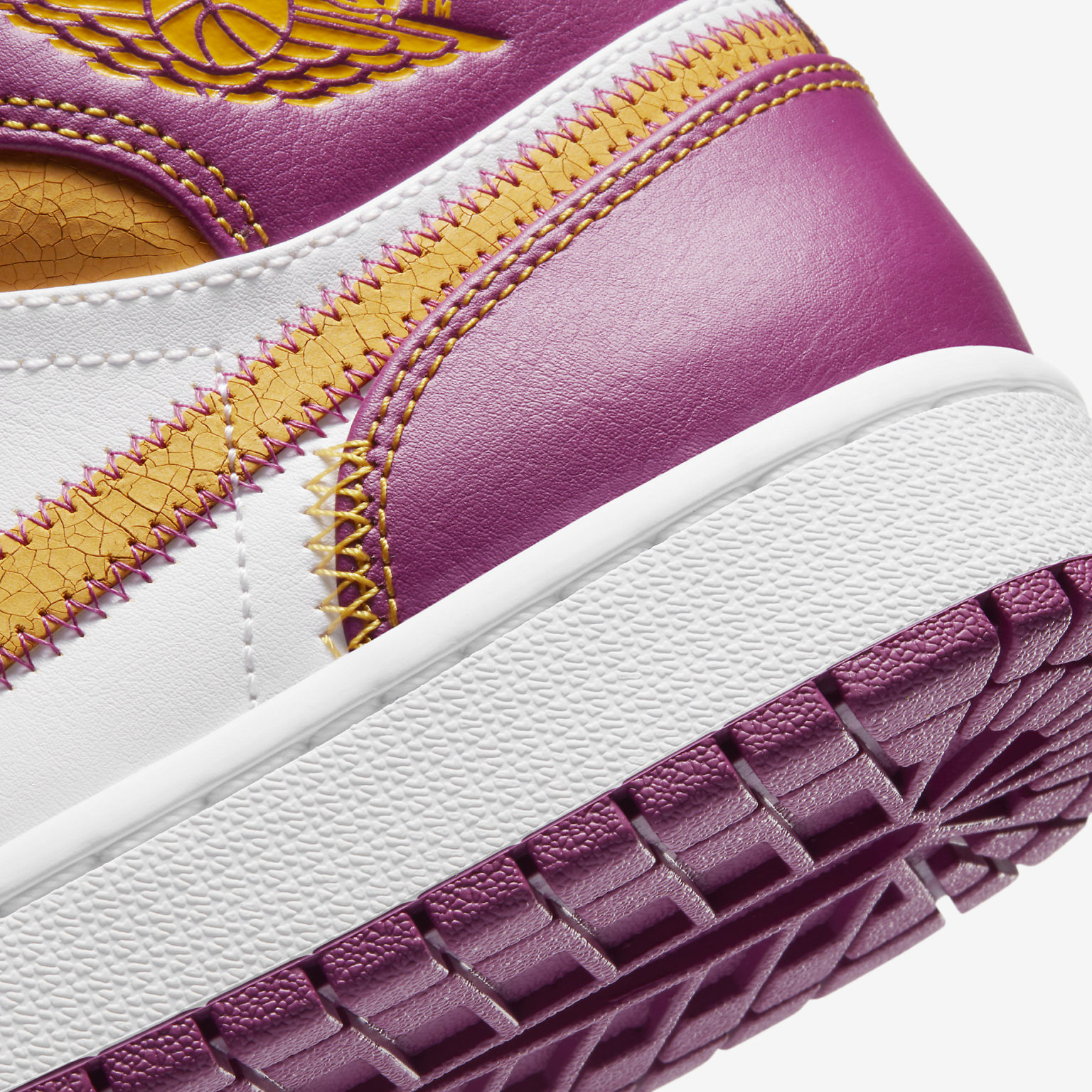 Update (9/20): On-feet look at the ‘Familia’ Air Jordan 1 Mid via yankeekicks. It looks like this pair will actually release in full-family sizing instead of being a kids exclusive. Stay tuned for more info. 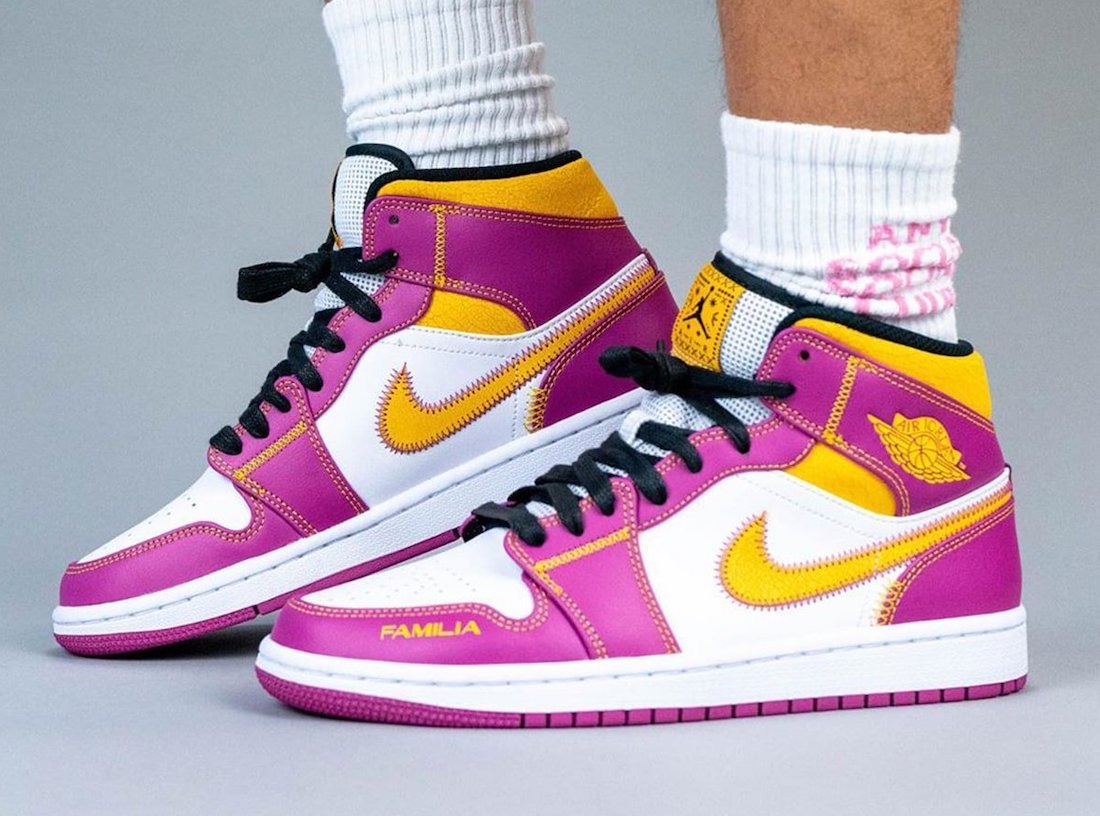 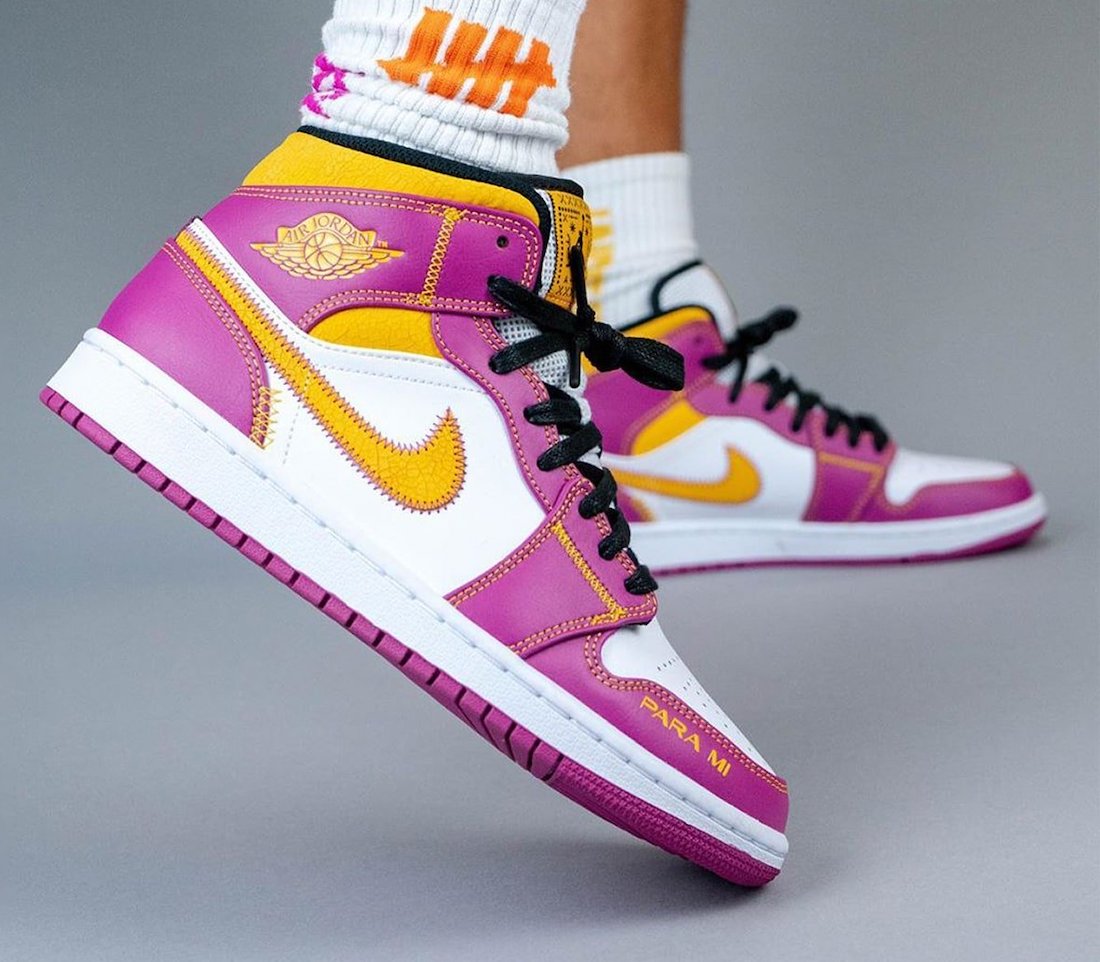 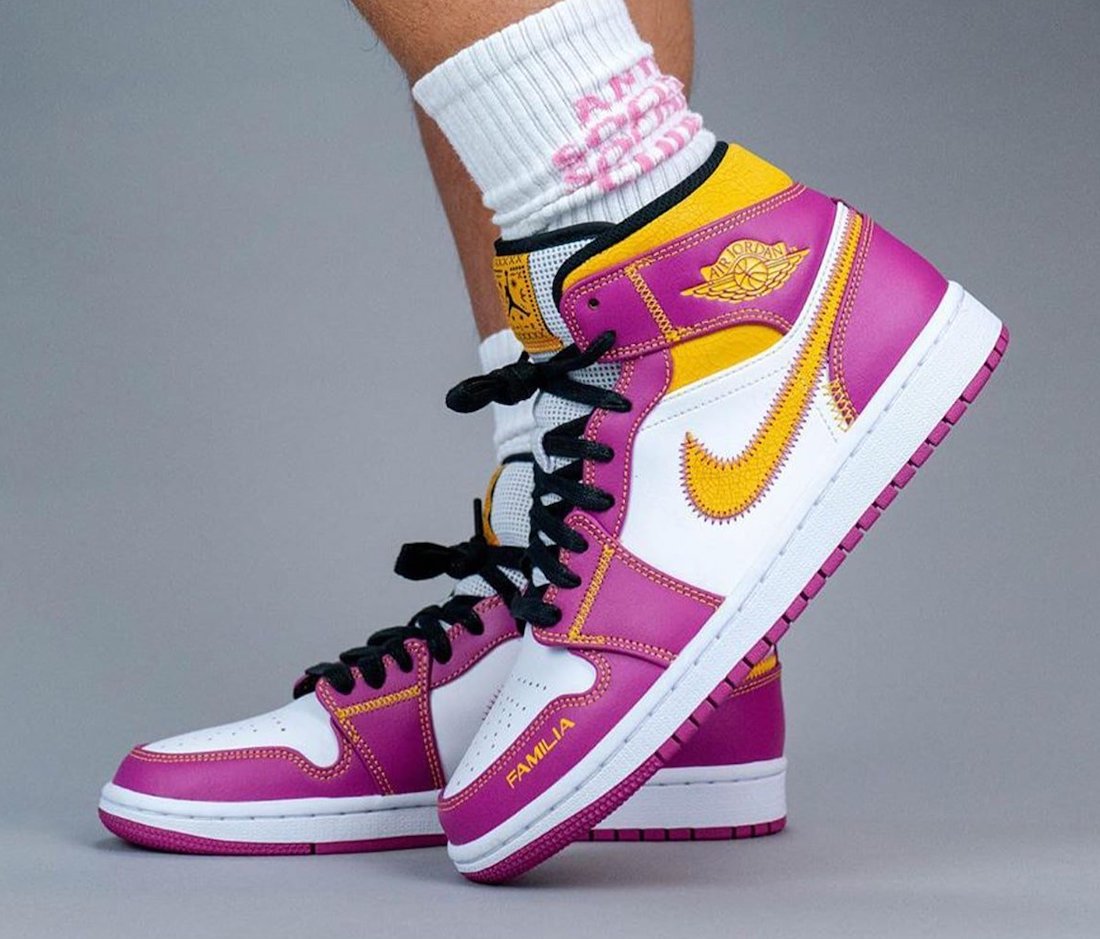 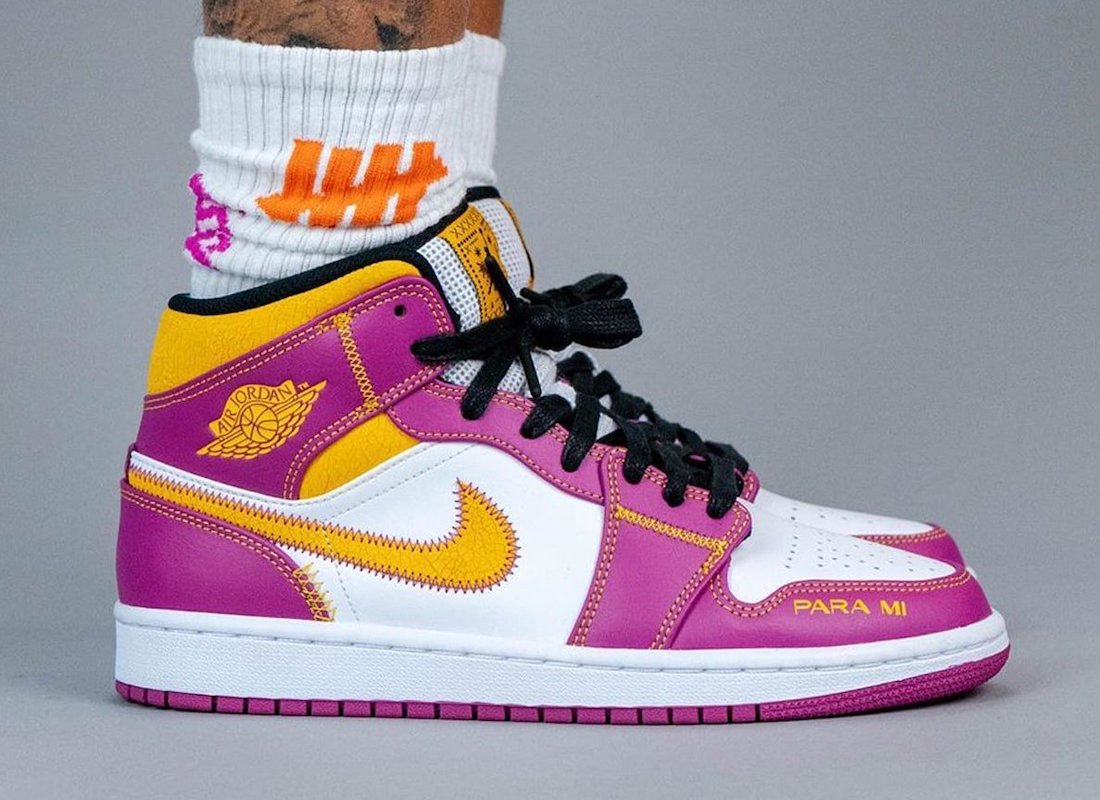 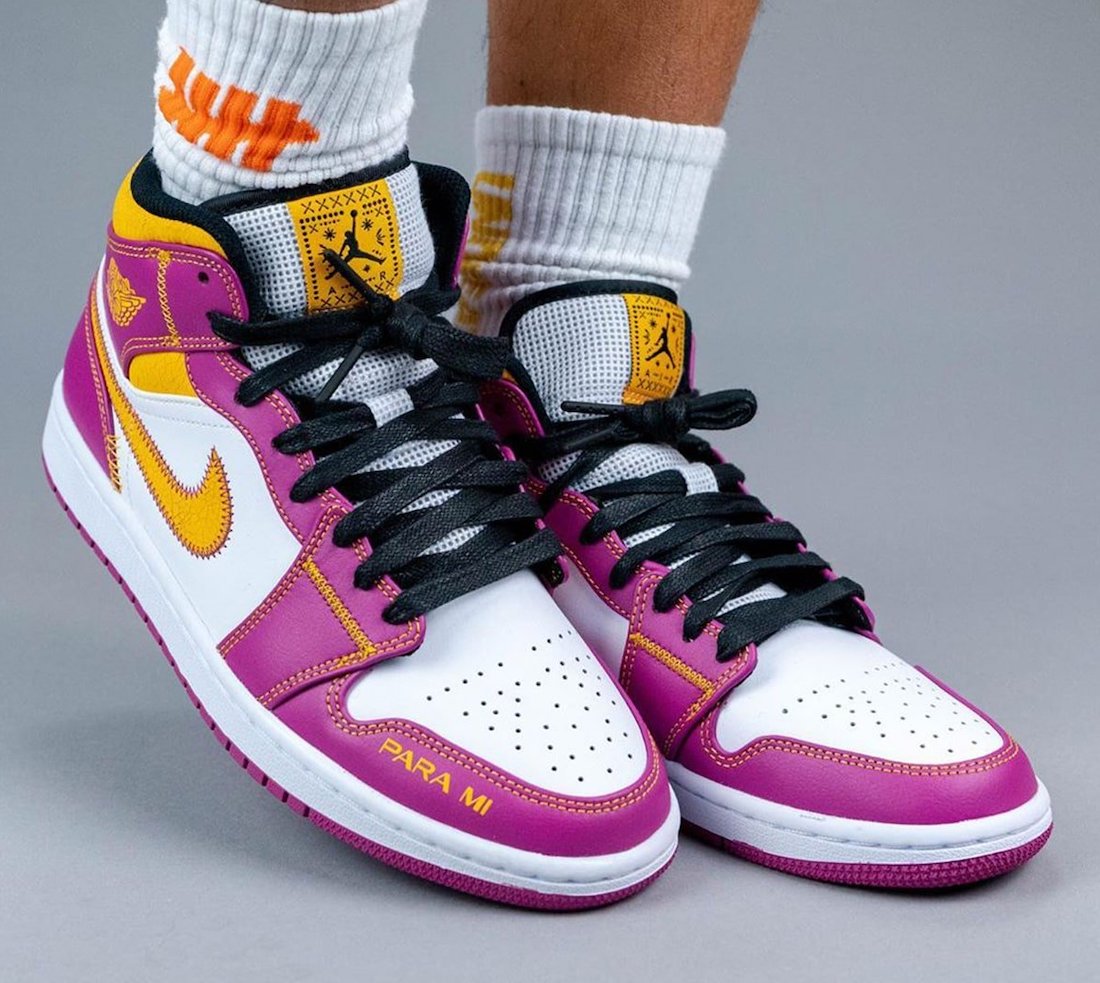 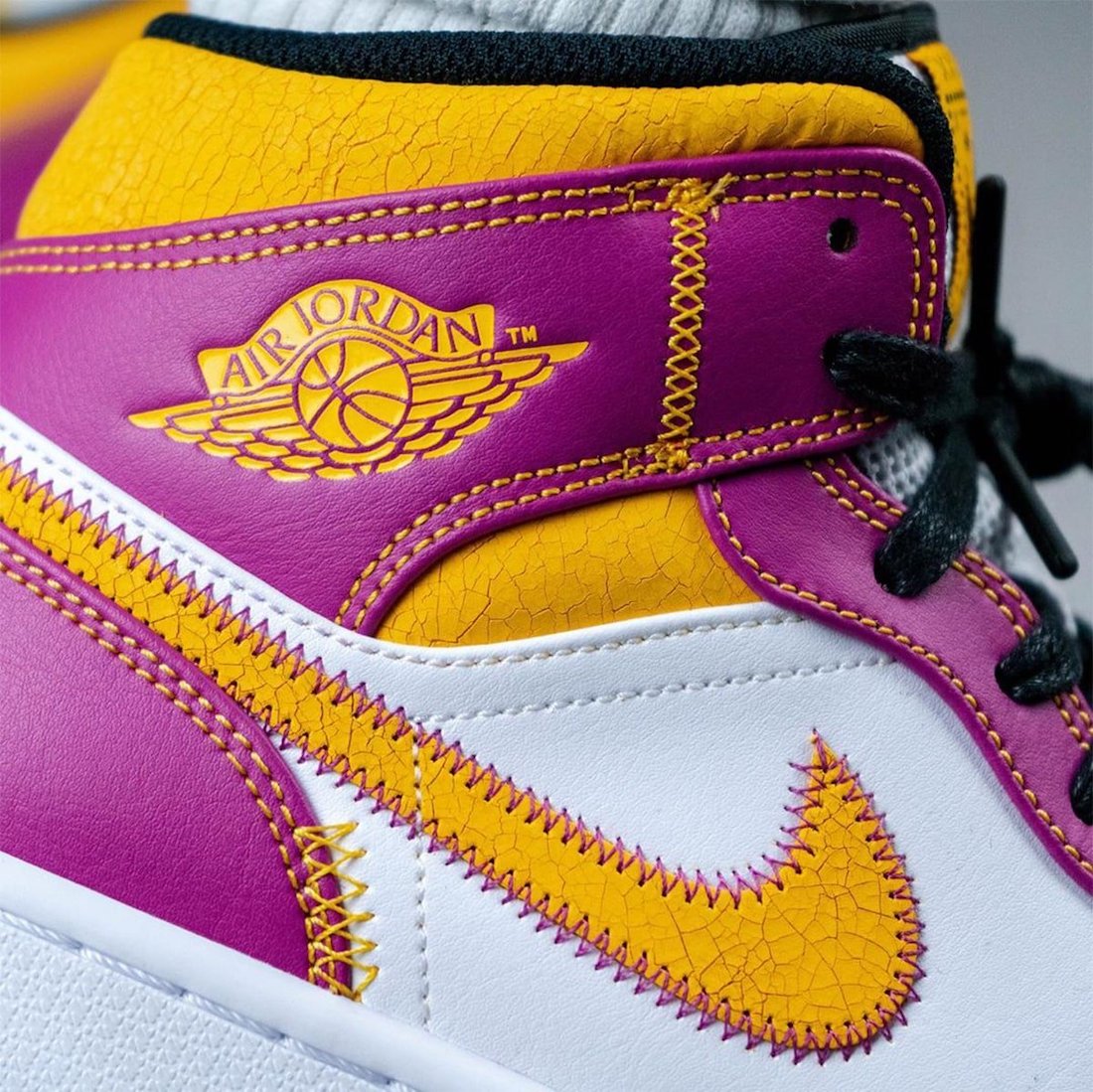 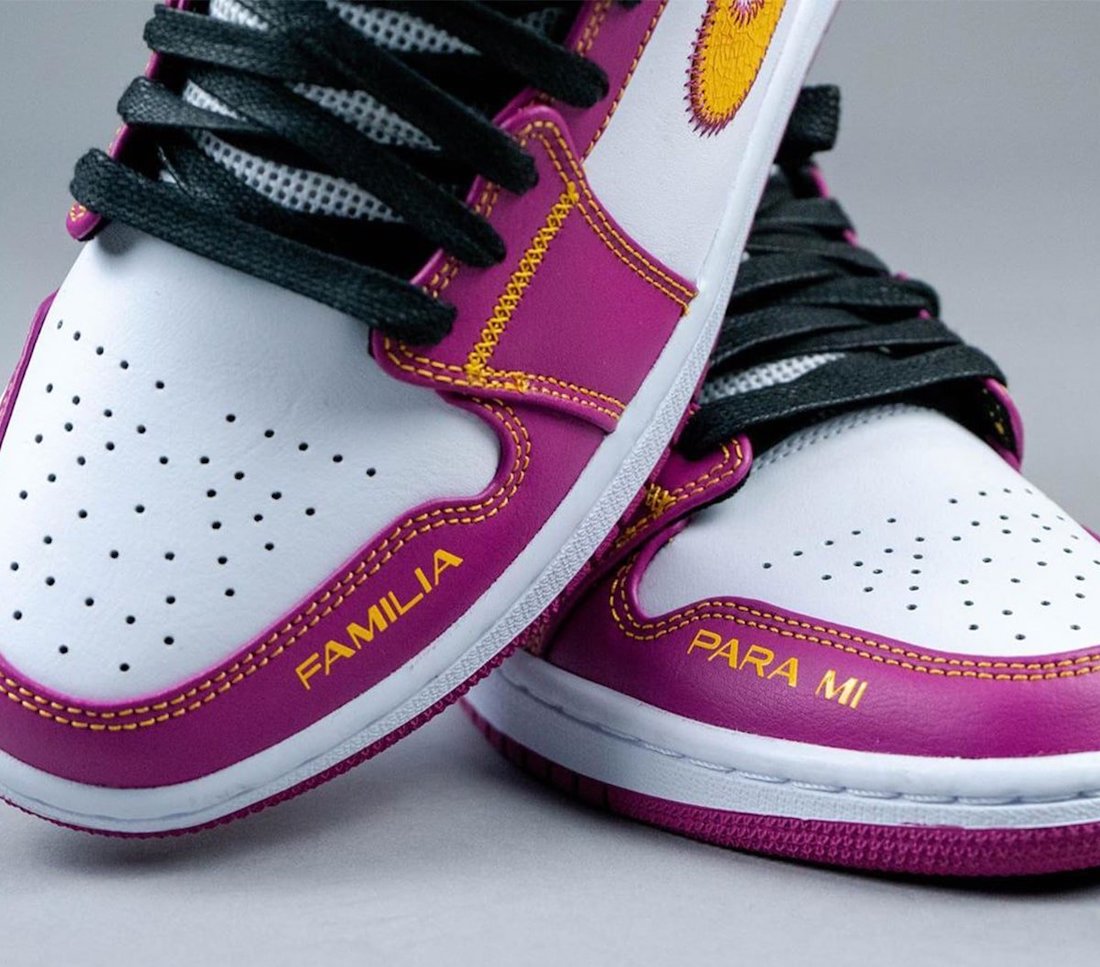 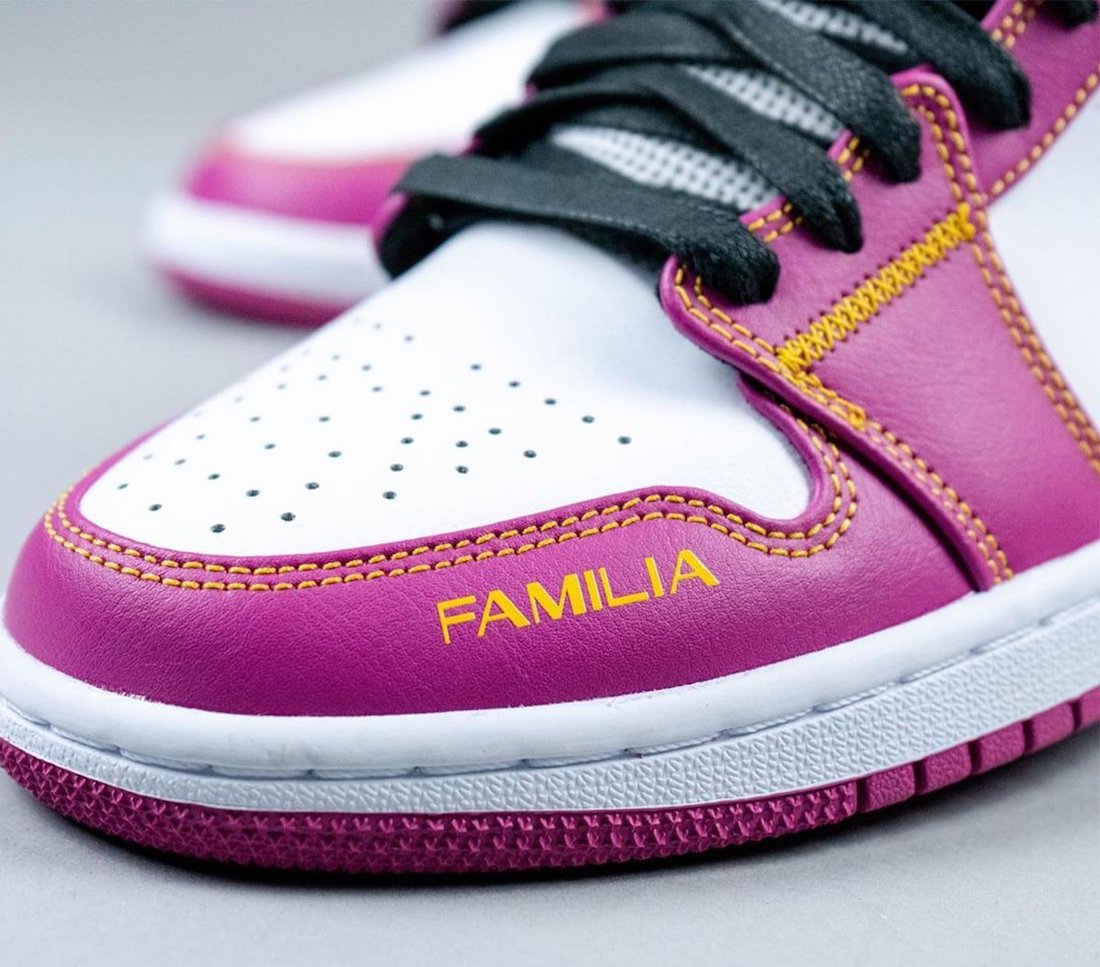 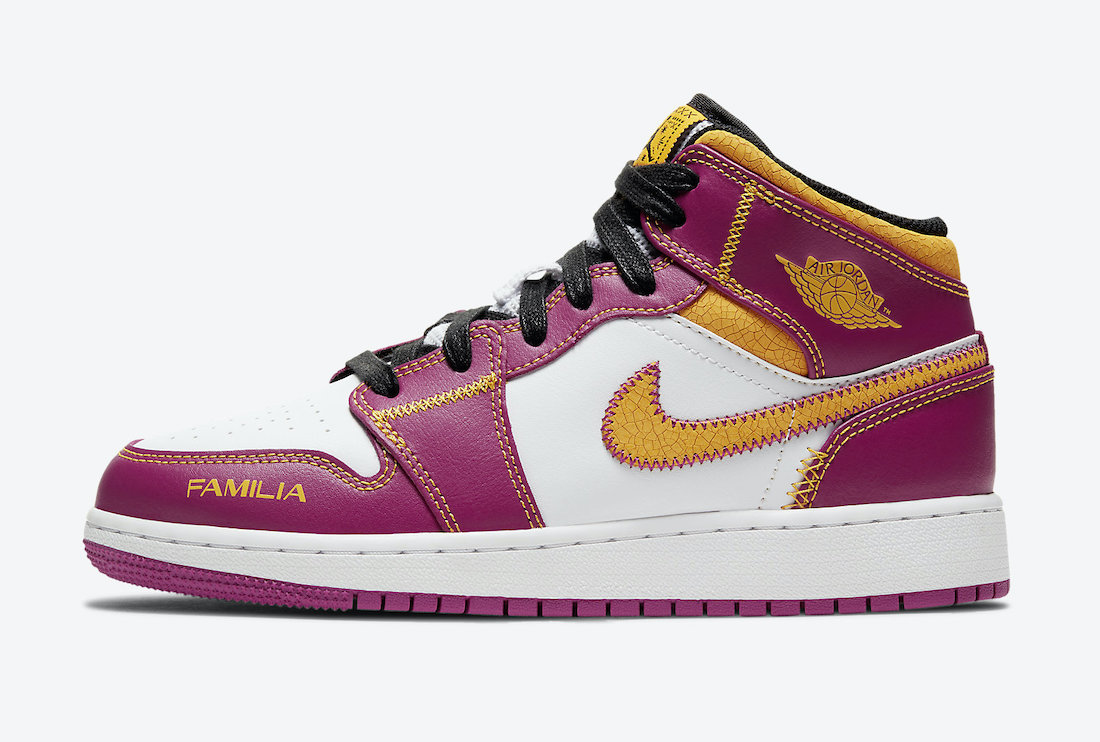 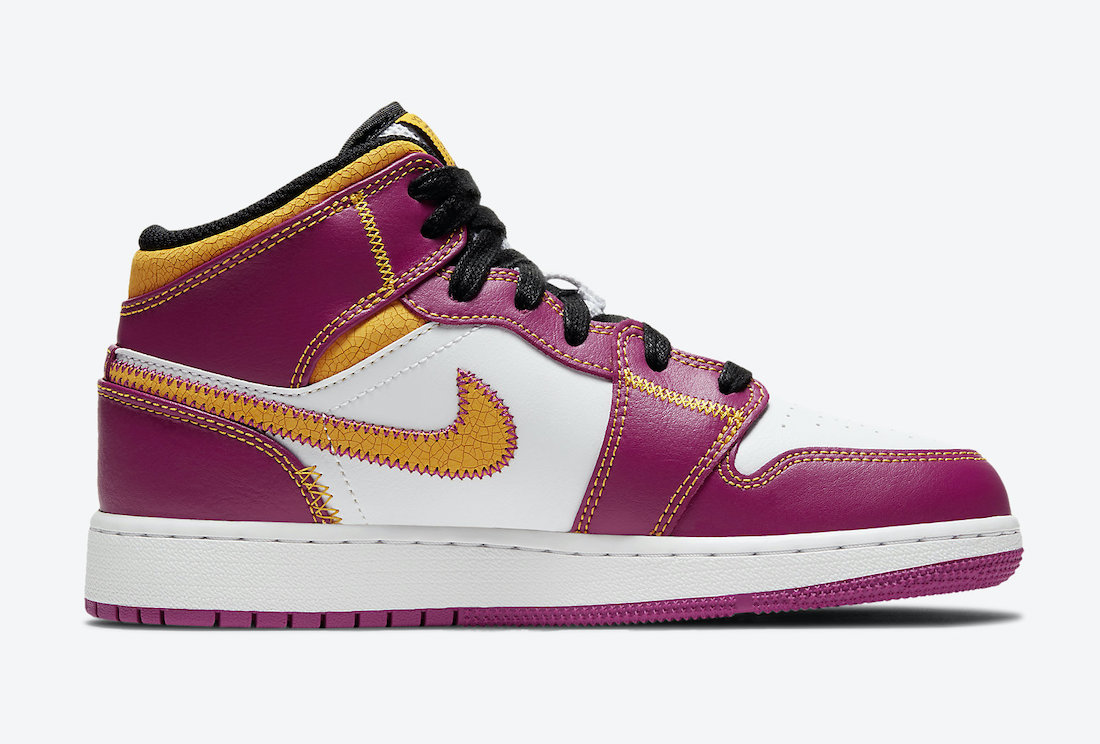 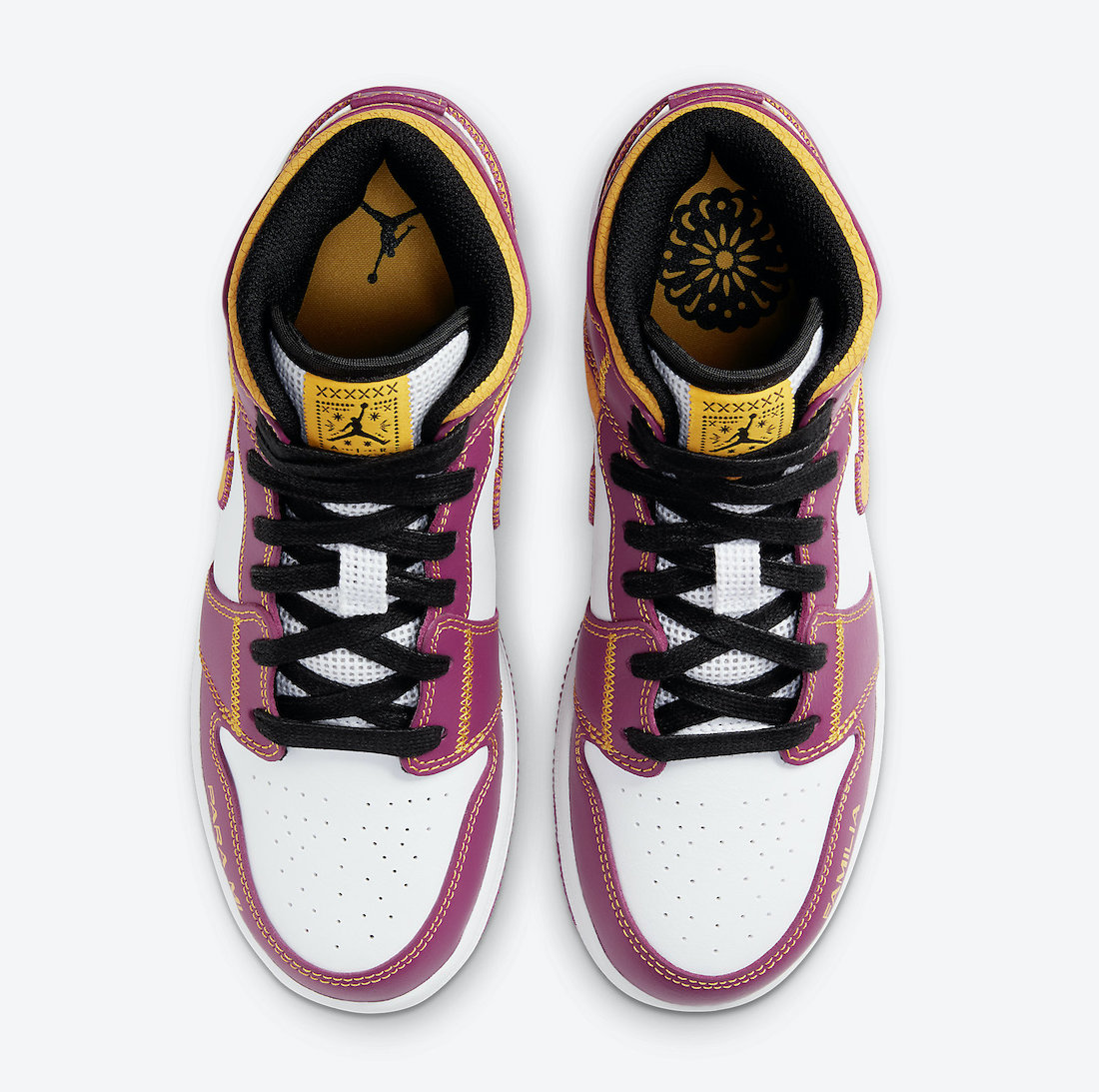 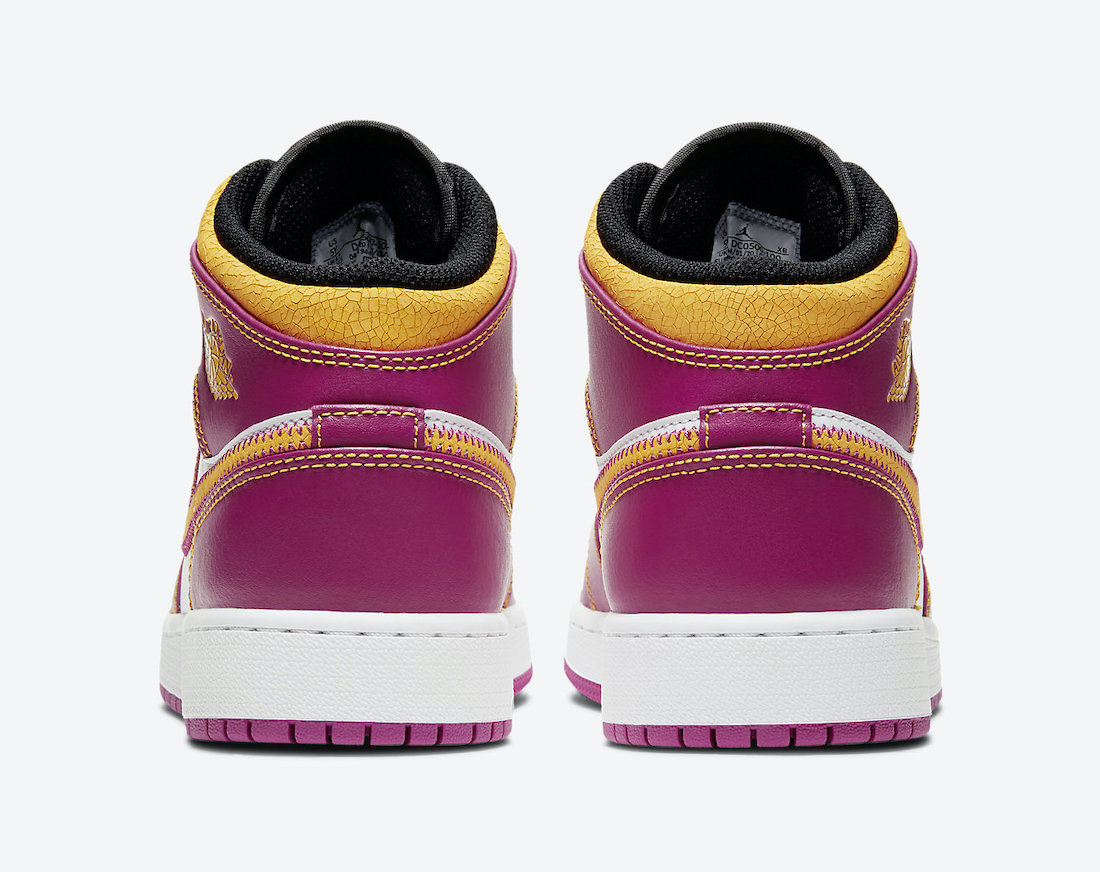 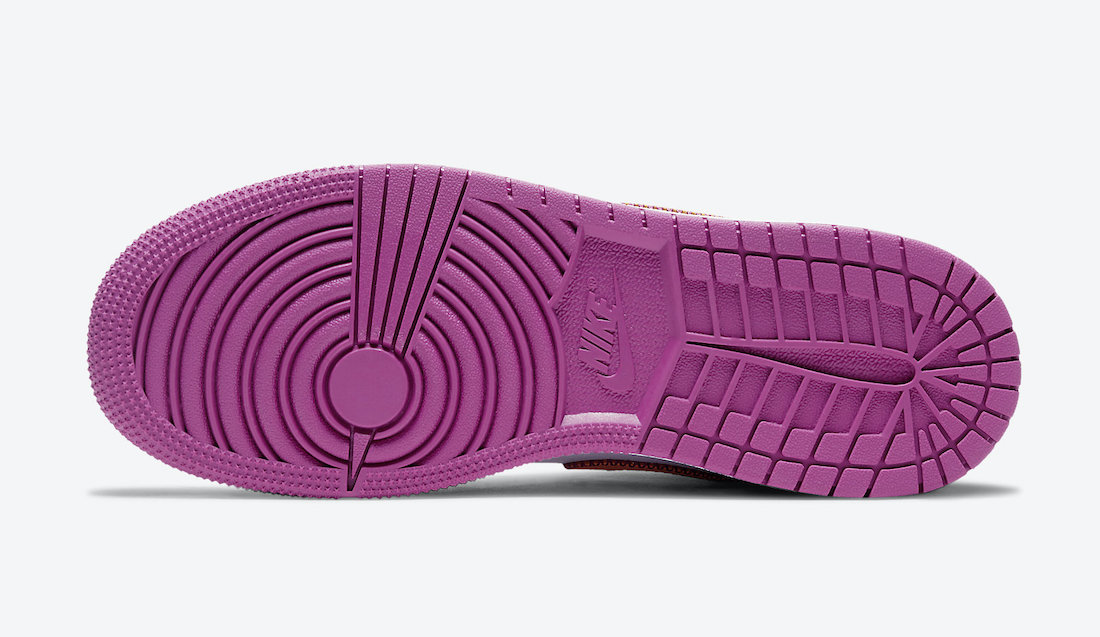 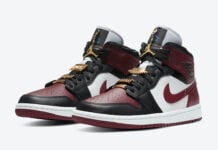 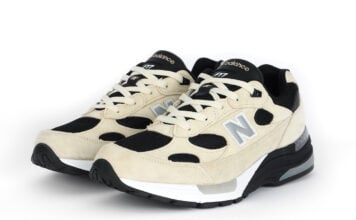