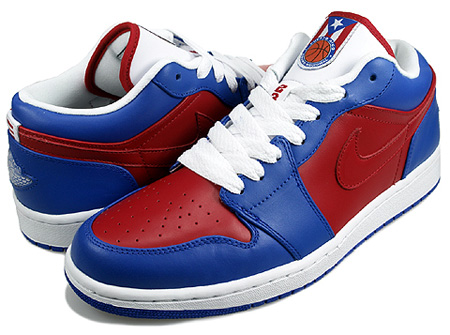 To accommodate Puerto Rico Olympic Team, a limited Air Jordan 1 (I) Retro Low has released apart of the National Team Pack. It is said only 72 pairs released globally, with 48 in New York and 28 in Miami.

Every little detail on this Air Jordan 1 (I) Retro Low is inspired by Puerto Rico, for example the Blue, Red and White color-way, a Flag on the heel and another Flag with a basketball on the tongue and insole, finished with a frog on the inside tongue. Also released is a Puerto Rico Air Jordan T-Shirt. A few pairs have hit eBay and LTD. 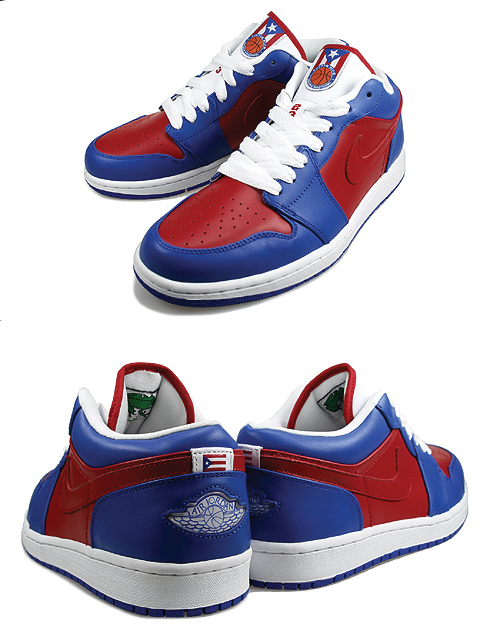 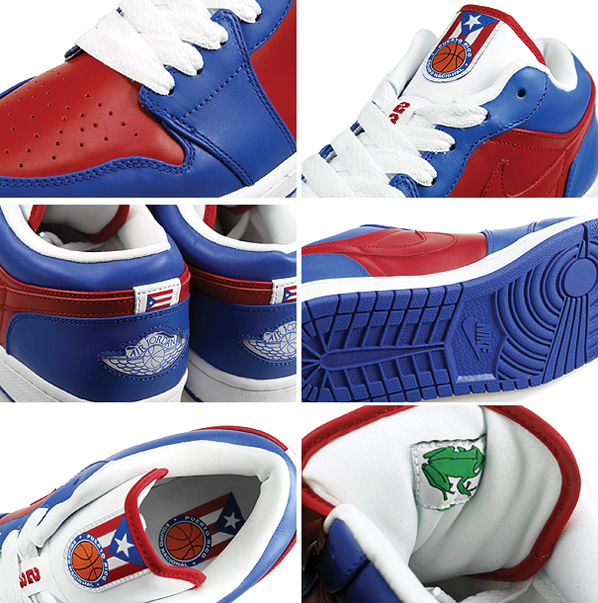