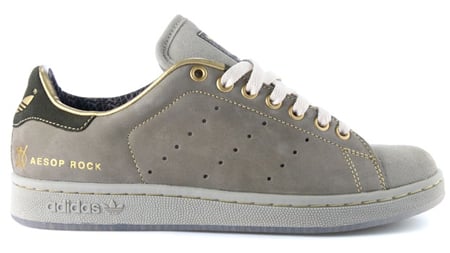 Continuing with the adidas x Upper Playground campaign, Aesop Rock is another designer chosen to personalize the Stan Smith sneaker as apart of a four-part series that includes Herbert Baglione, David Choe, and Sam Flores. Aesop Rock is most known for his hip-hop background and storytelling style.

He has previously worked with the lieks of Nike and artist Jeremy Fish. Aesop Rock describes the shoe as made upf of “faded green and gold” to represent the color scheme of his None Shall Pass album. Only 500 pairs will be available worldwid. Via Sneaker Freaker. 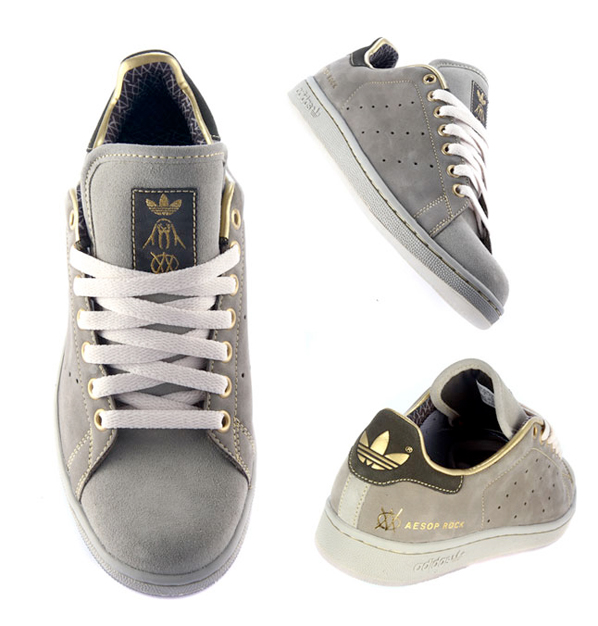