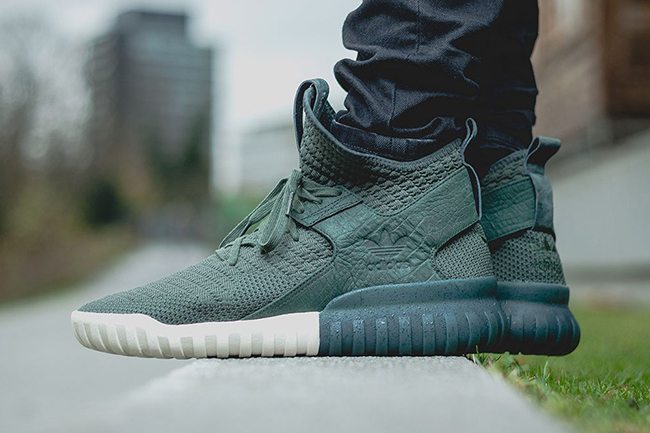 You can add another Tubular X to the list that continues to grow. The latest edition will feature Primeknit and is known as the adidas Tubular X Primeknit ‘Shadow Green’.

The Tubular X shown will use Primeknit through the base with an alligator finish all the while being dressed in shadow green. The X on the side will feature leather with the Trefoil branding embossed. Other highlights include a partial white midsole and tonal laces.

The ‘Shadow Green’ adidas Tubular X Primeknit has found it’s way to a few overseas retailers, one being Afew. In the coming weeks stateside and other locations will have them available. Their retail price is €149.95 which is approximately $164 USD. Get a closer look at this pair below which shows how they look on feet. 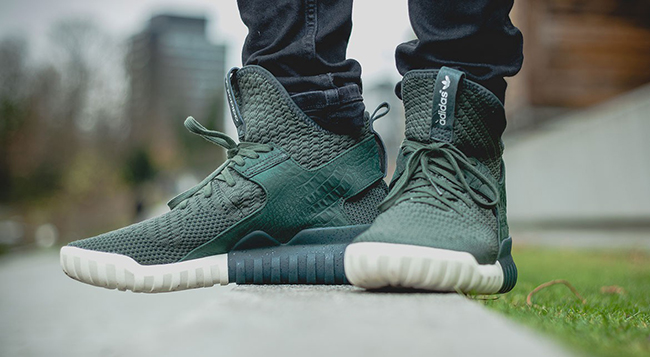 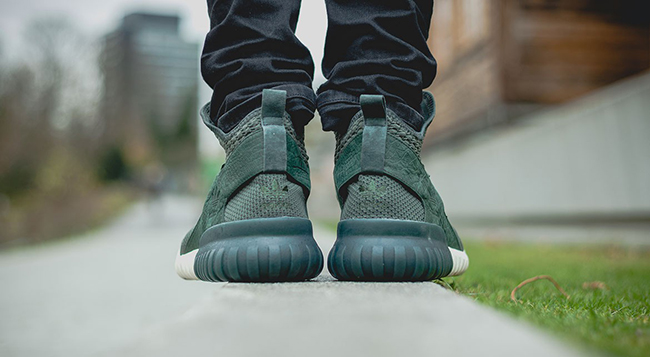