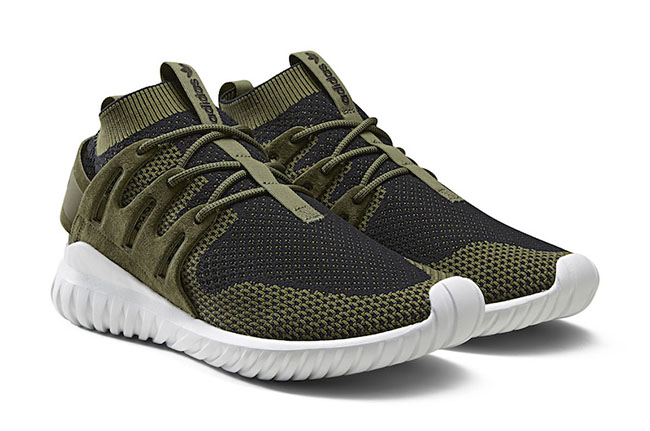 Elevating the Tubular Nova’s tactical two-layered construction, the adidas Tubular Nova Primeknit counters the shoe’s structural heel-strap and lace system with a sock-fit Primeknit construction, defining the shoe’s original paneled design through a series of contrasting weaves. Offered in a tonal Olive Cargo palette atop a crisp white midsole in the shoe’s inimitable dynamic tooling, the result is a shoe that captures the progressive essence of the evolutionary Tubular series.

Below you can check out a few more images of the Olive Cargo edition of the adidas Tubular Nova Primeknit. Although a release date has yet to be announced, they are expected to debut at adidas Originals retailers soon. 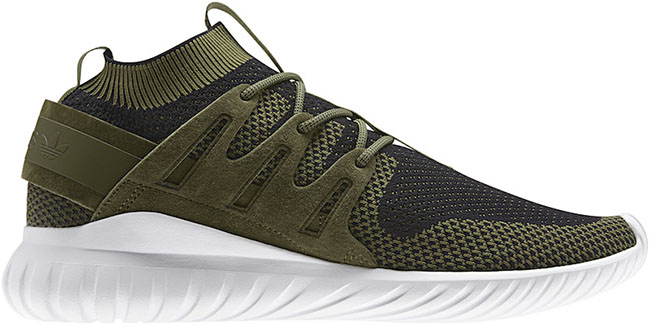