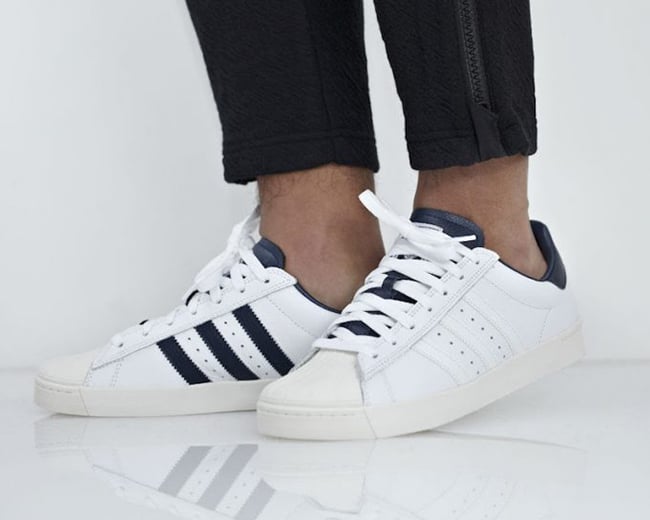 While White probably isn’t the best color to wear during the Winter, the Three stripes brand doesn’t shy away with the classic adidas Superstar. Crafted with White leather across the upper, the Three Stripes branding on the medial side is done in Navy while the lateral features White. Finishing the look is more Navy is spotted which lands on the tongue, liner and around the heel.

Below you can check out additional photos of the adidas Superstar Vulc ADV White Leather which will give you a closer look. At the time of writing, they are now landing at adidas Skateboarding retailers overseas like Allike. Retail price is set at €89.90 which comes out to be about $96 USD. For those based in the states, expect a release to happen soon. 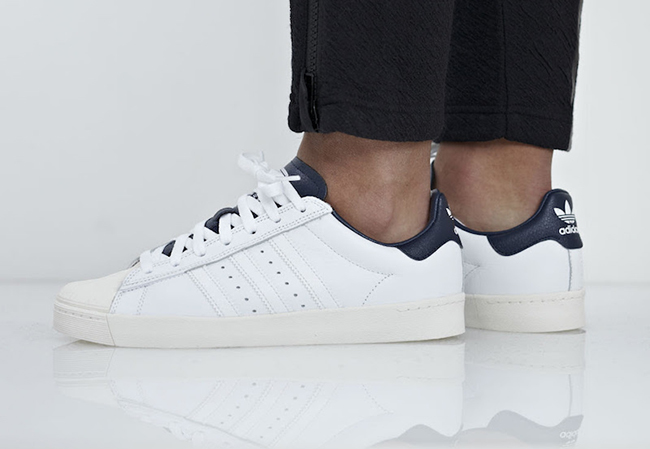 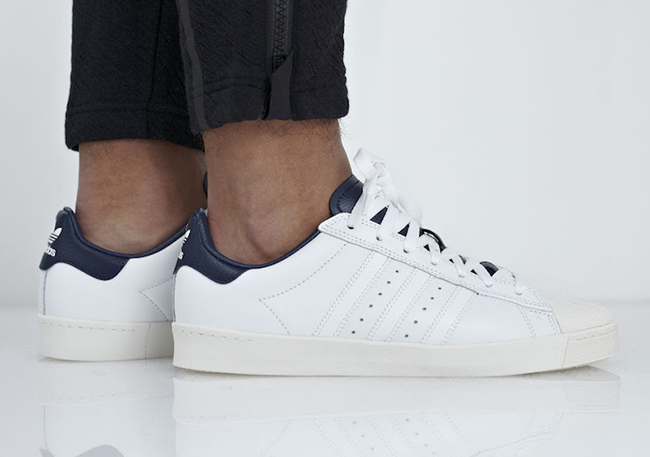 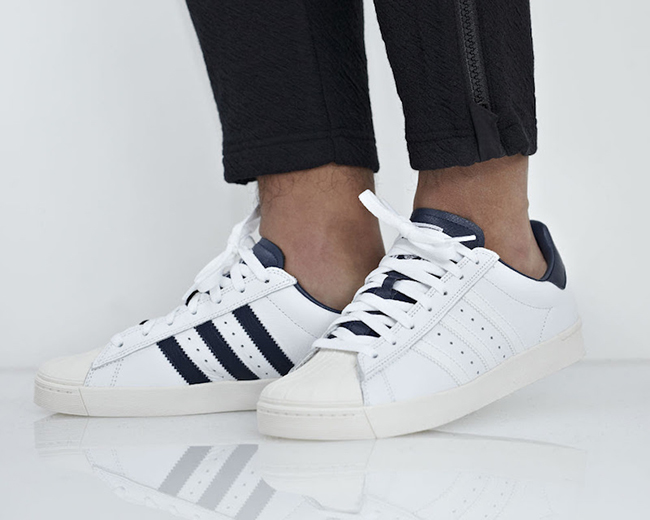 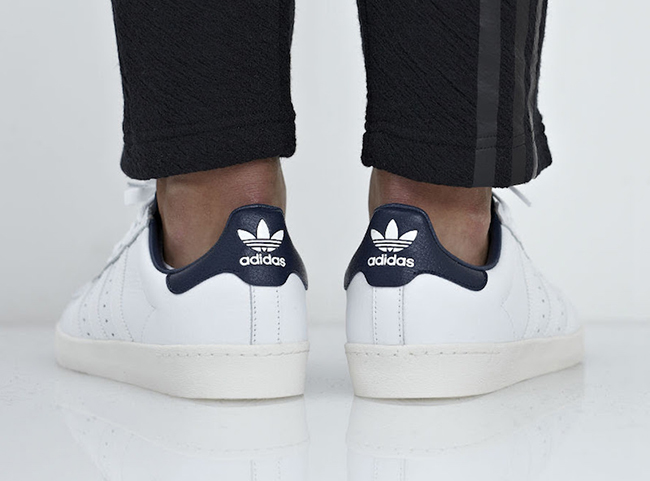