HomeAdidasBetter Images of the adidas Skateboarding x The Hundreds 'Lakers vs. Nets'...

Better Images of the adidas Skateboarding x The Hundreds ‘Lakers vs. Nets’ Pack 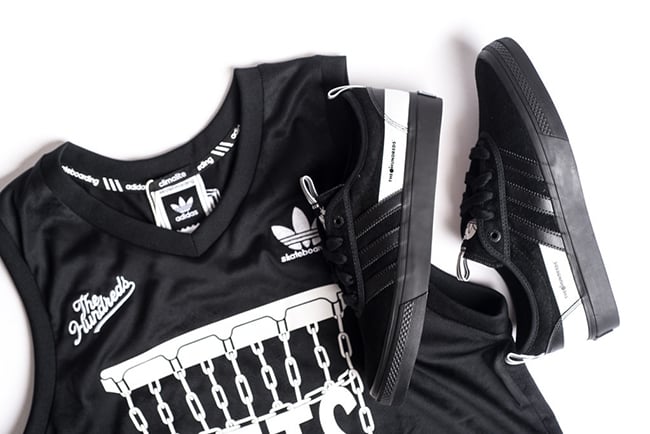 Coming off the heels of their successful collaboration in soccer, adidas and The Hundreds announce an official partnership with the National Basketball Association (NBA) with a new limited edition collection focusing on two iconic teams from globally renowned cities – Los Angeles and Brooklyn.

“This is a dream collaboration for me,” said Ben Hundreds, co-founder of The Hundreds. “I have been a fan of both teams and, especially Magic Johnson, since I was a little kid.”

The first Adi-Ease ADV is a new interpretation on the classic Lakers’ colorway, with a charcoal upper and purple/yellow confetti gum sole, emulating the confetti that rained down on the champions in 1980. The second Adi-Ease ADV features Brooklyn’s colorway — black with a solid white stripe, similar to their new logo, in a minimalist, yet timeless manner.

To complement the two Adi-Ease ADVs, team jerseys were designed with a unique adidas Skateboarding x The Hundreds logos and made from authentic basketball mesh encompassing both screenprinted and embroidered details. The Lakers jersey gives a retro 80s feel, made with vintage purple mesh and paired with their classic yellow logo. The Brooklyn Nets jersey incorporates three solid white stripes to showcase the collaboration with adidas and features an attractive black on black concrete-inspired jacquarded mesh.

Along with the jerseys, the Lakers long sleeve is a color blocked top, which is a Climalite jersey with multiple placement screen printed graphics. The Brooklyn hoodie is Climalite French terry with printed and embroidered details.

Update: Debuting on October 16th is The Hundreds x adidas Skateboarding ‘Lakers vs. Nets’ and now we have a better look at both models dropping. Retail price is $80 each and you can pick them up once launched at Sneaker Politics. 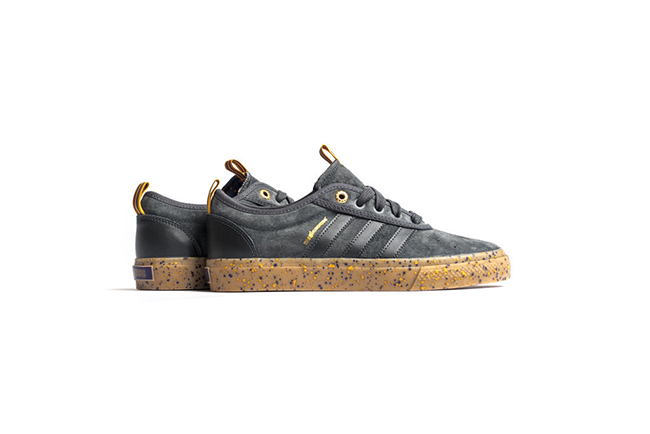 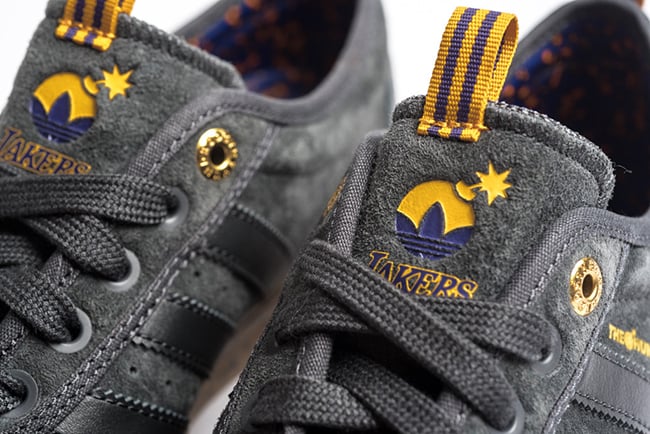 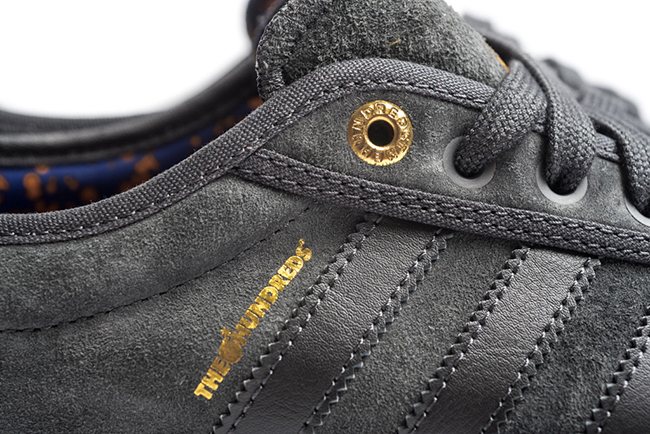 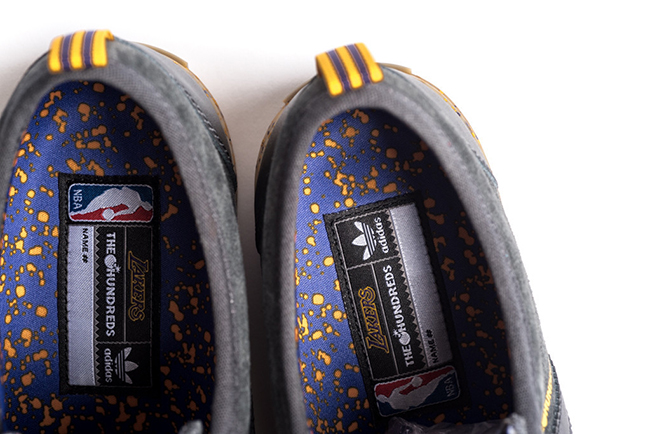 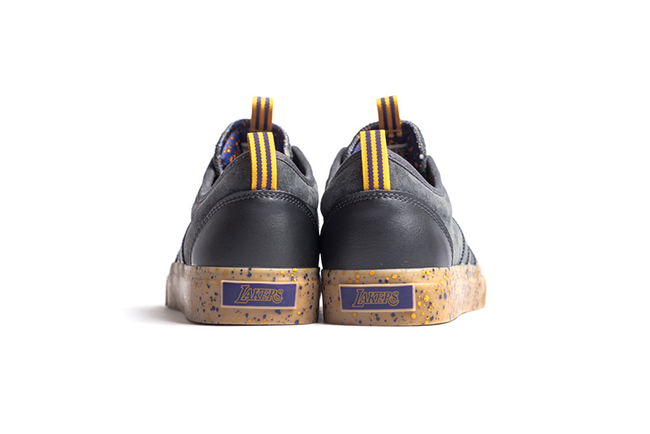 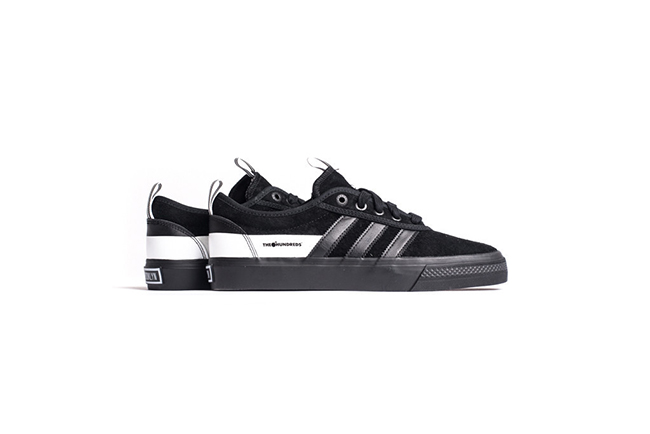 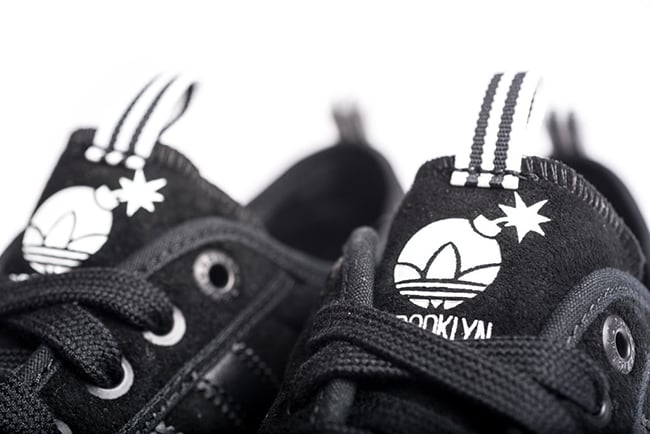 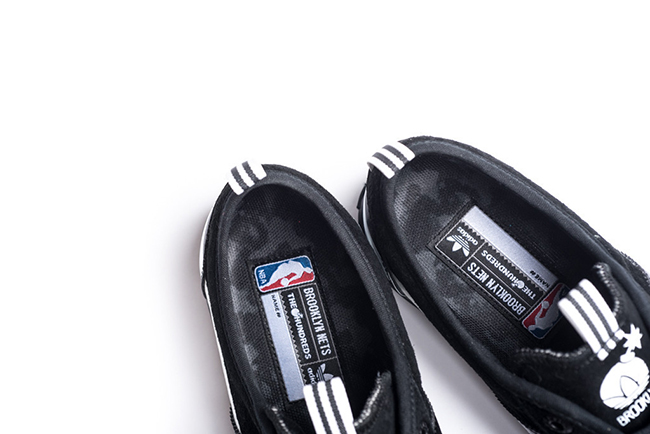 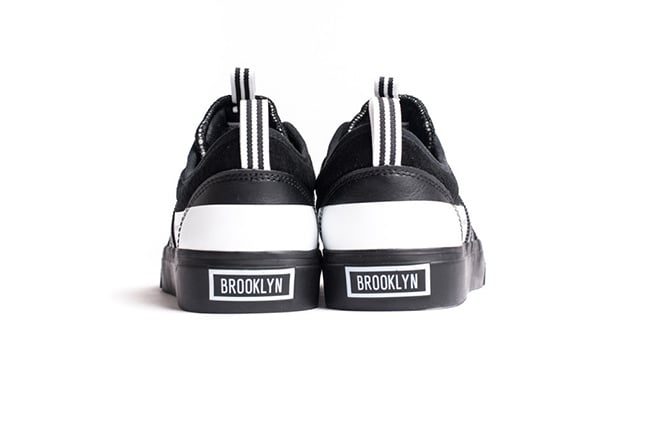 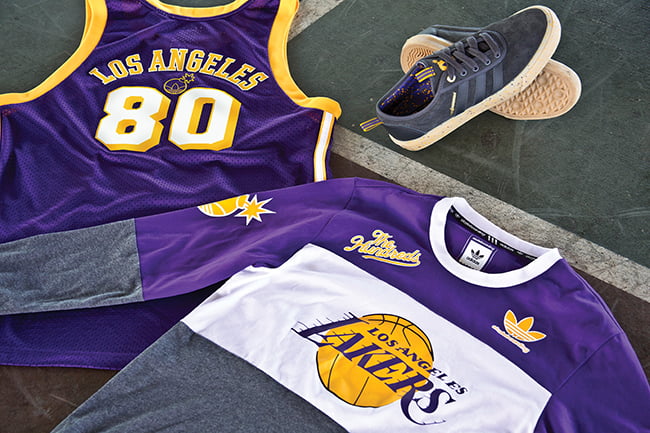 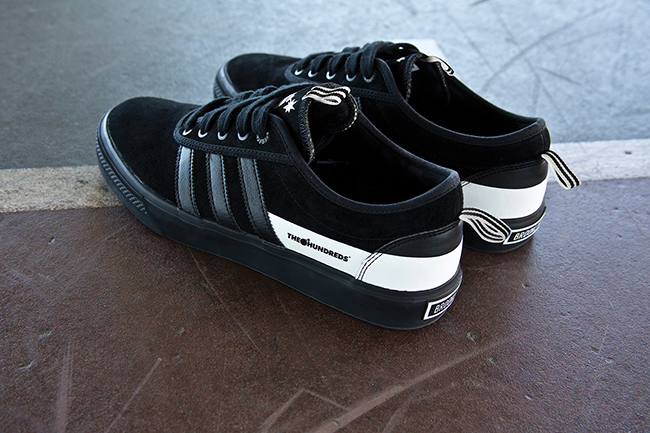 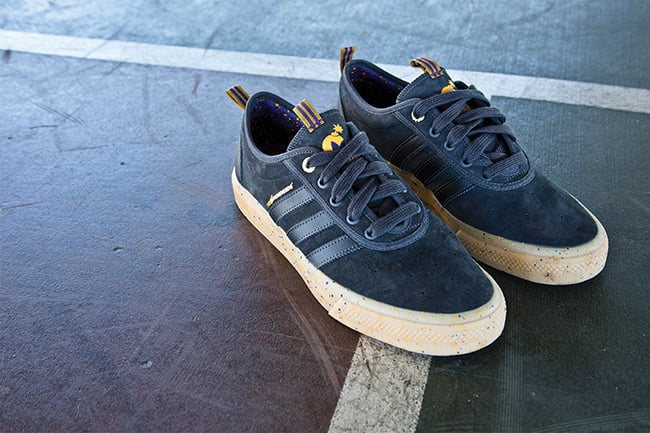 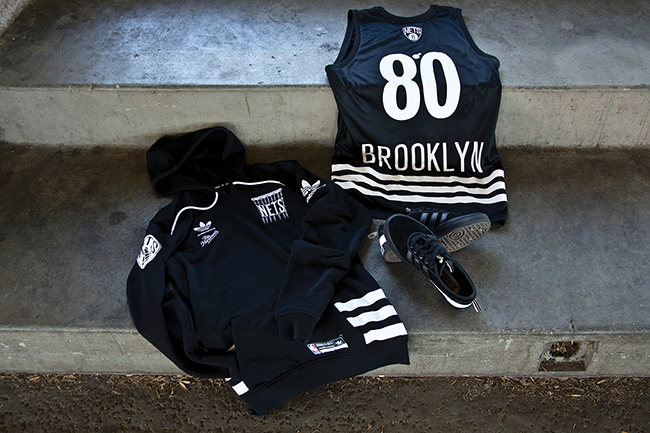 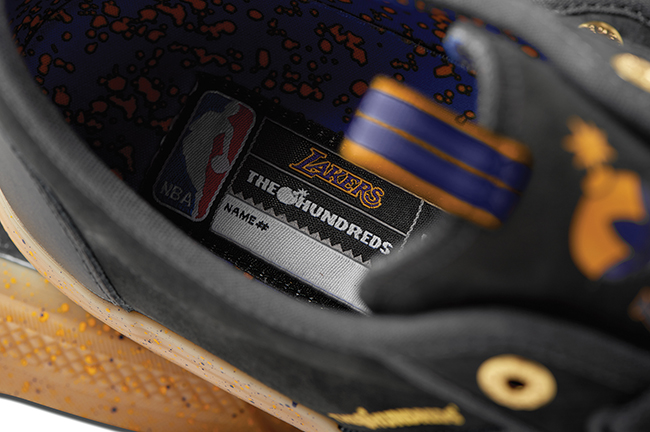 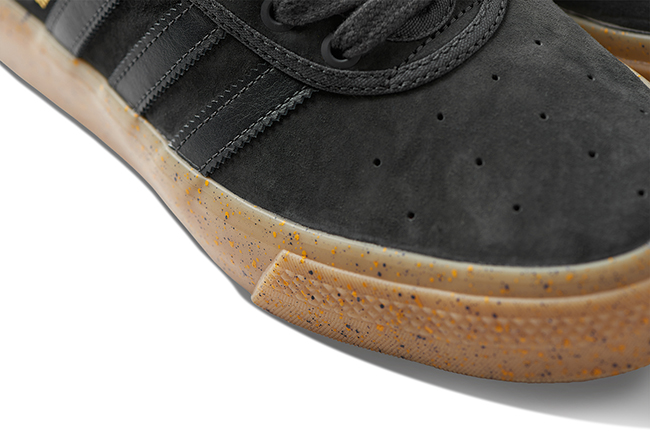 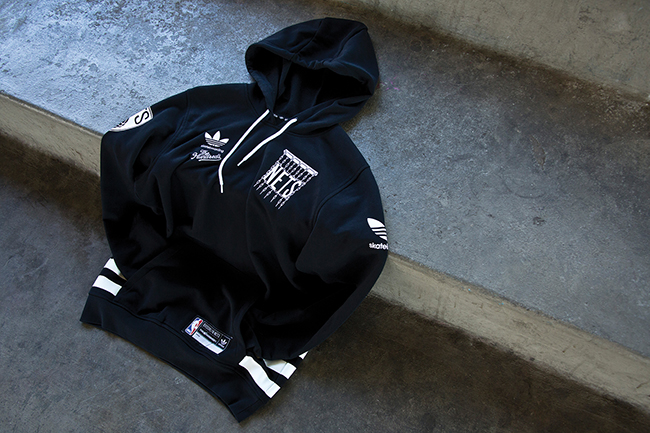 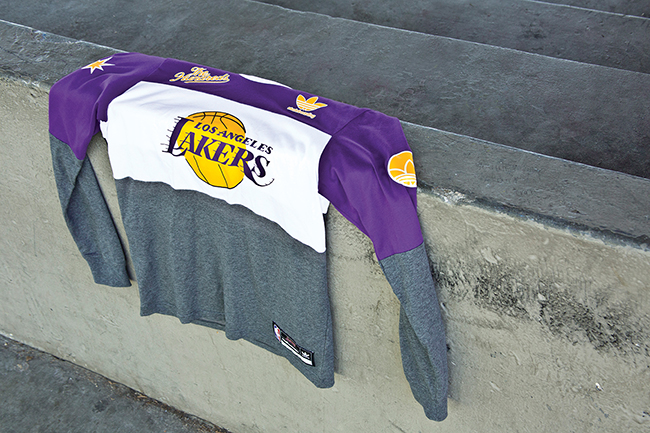 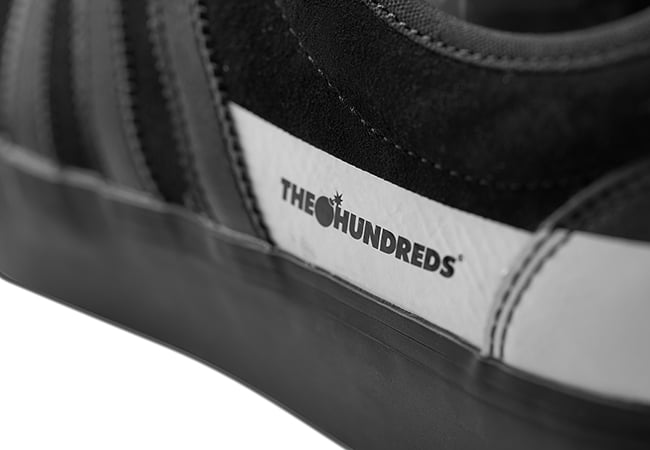 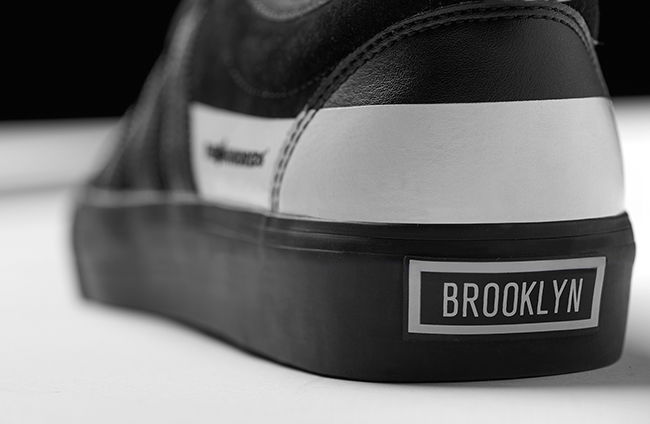 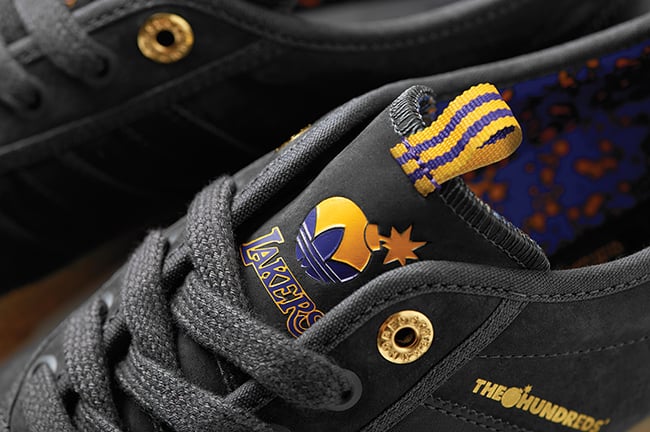 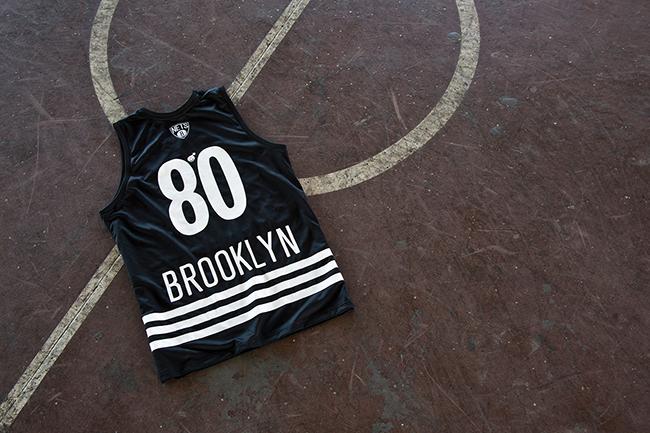