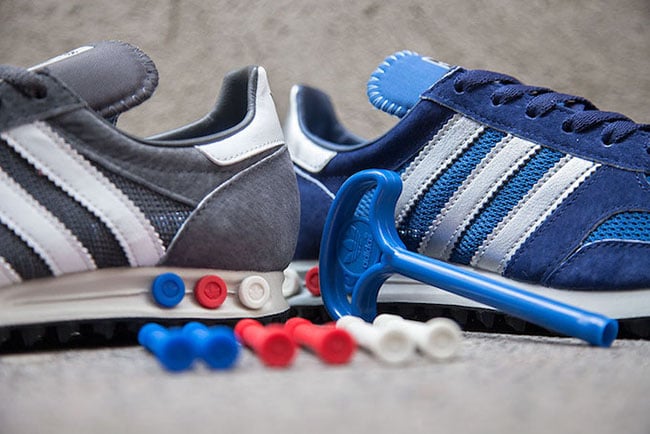 The two adidas Originals LA Trainers are built with pigskin suede, mesh through the uppers, nylon on the tongue and a working peg system placed within the midsole. Staying true to the Originals, the peg system is known the Vario Shock Absorption System allowing those who wear them to adjust the comfort levels.

Both pairs will also be dressed in OG like colors. One will use a combination of Dark Marine and Dark Blue that gives them a muted upper along with Metallic Silver accents which completes the look. The second is a bit more toned down while using Vintage White and Solid Grey. 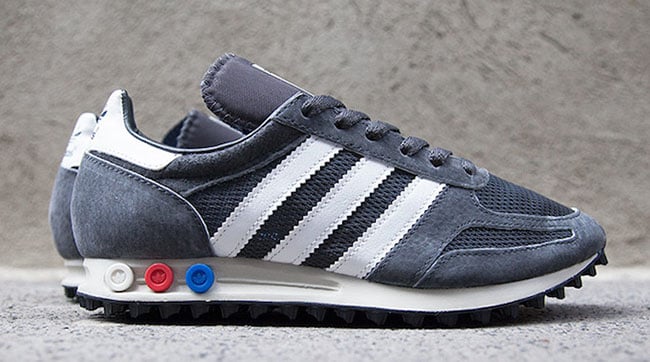 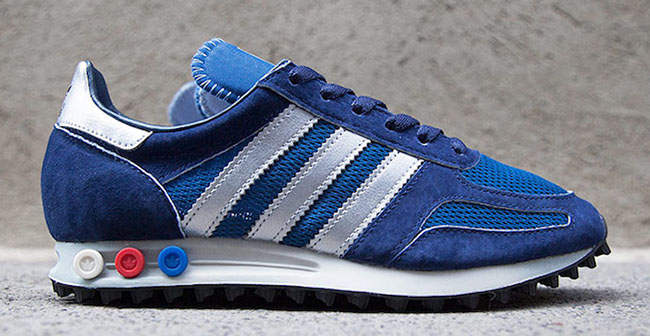 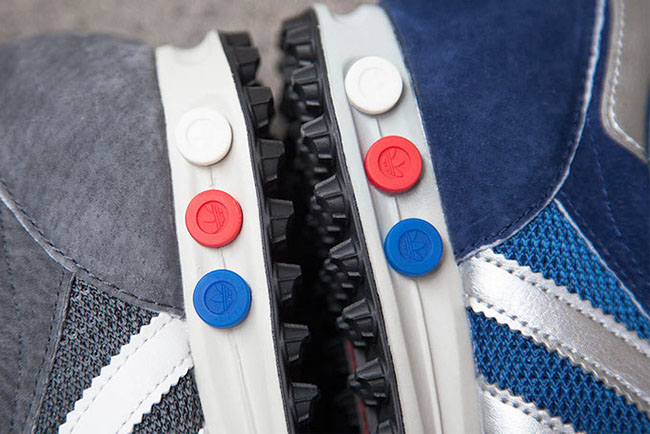