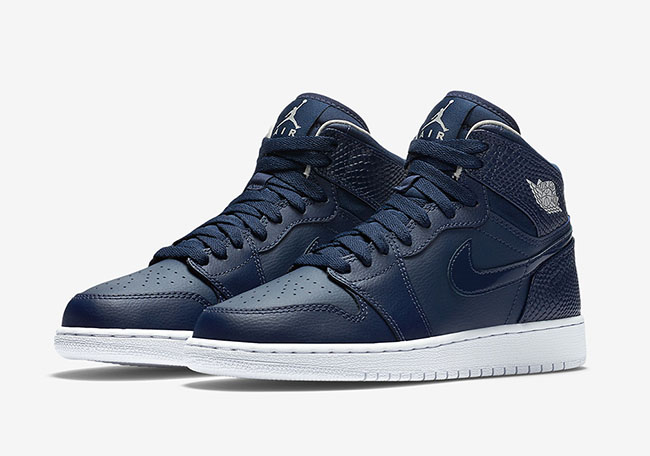 The Air Jordan 1 shown features leather on the overlays and panels while a reptile like texture wraps the heel and by the collar. The Swoosh will have a gloss overlay which will grab some additional attention. Now to the color use, they feature most Navy through the uppers while Grey lands on the liner, Wings and Jumpman branding. Completing the look is White which is placed through the midsole and outsole.

The Air Jordan 1 High GS Navy is now starting to release at Jordan Brand retailers. You can currently pick them up at Capsule Toronto. Expect stateside locations to have them in the coming weeks. Get a closer look by scrolling below. 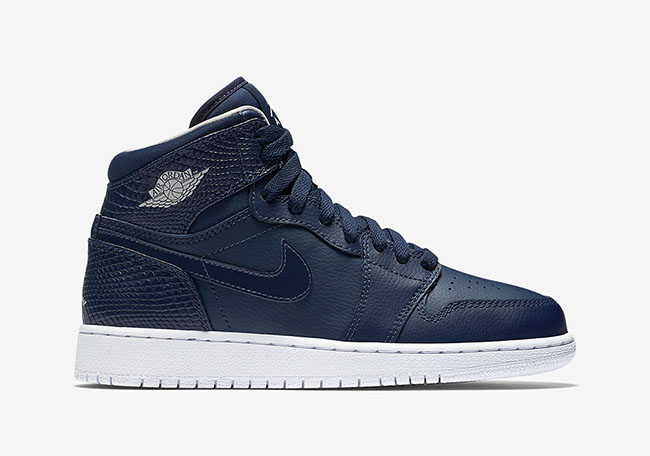 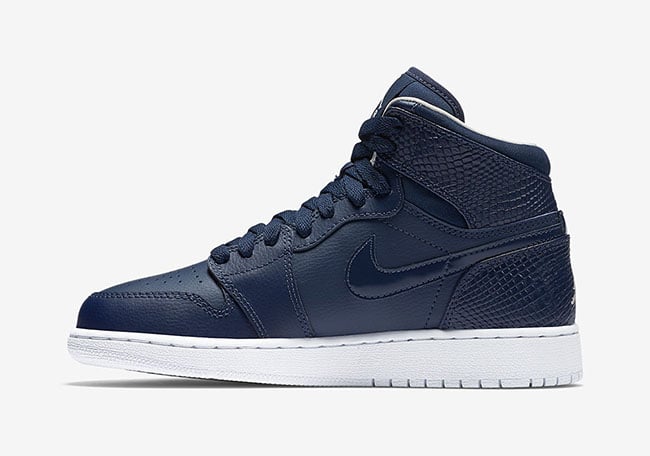 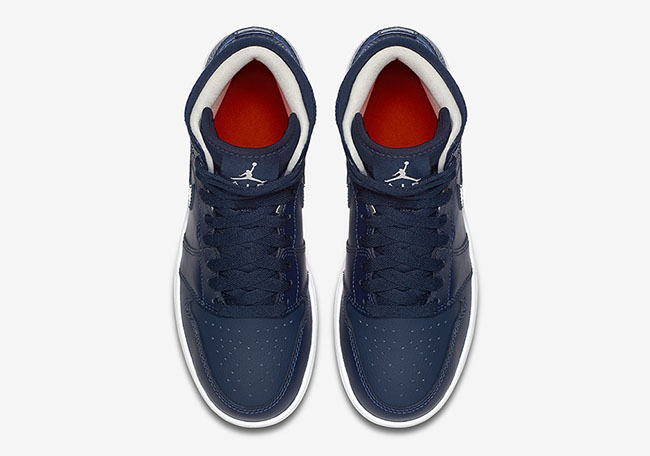 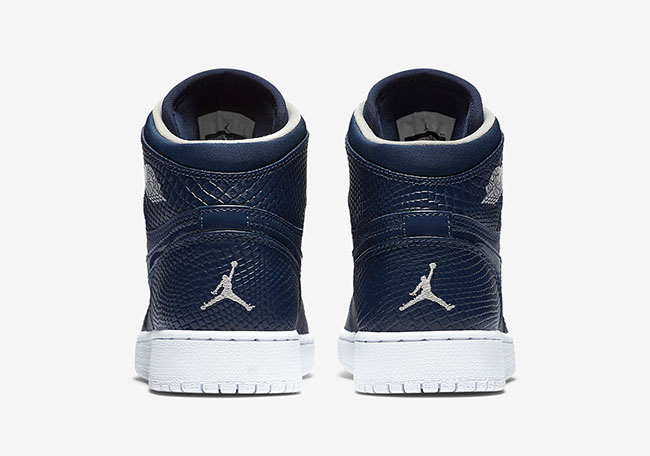 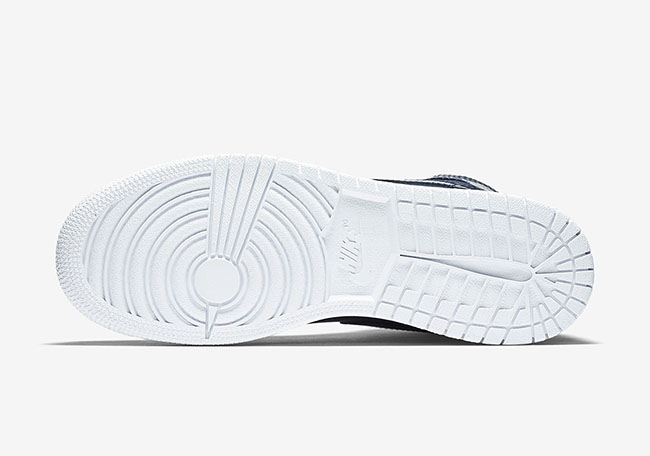