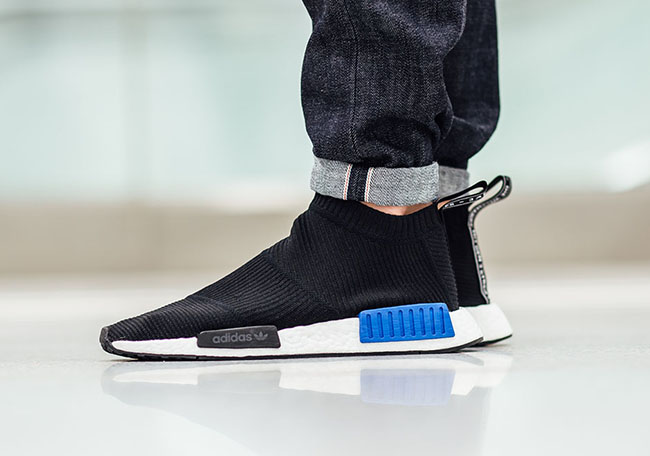 There is no denying the popularity of the adidas NMD which even includes their different modified makeups of the shoe, including the City Sock. The next model to release at adidas Originals retailers will be the adidas NMD City Sock ‘Black Blue’.

Only a handful of pairs of the adidas NMD City Sock have been sold with one release under the brands belt. The latest pair will still retain a simple look which is achieved by Black running through the uppers which is constructed with Primeknit. In addition, Blue is used on one of the pod overlays while the second features Black. Completing the look is White on the Boost midsole and the same shade placed on the heel.

Below are a few additional photos of the Black Blue adidas NMD City Sock which shows how they look on feet. Expect this pair to release at adidas Originals retailers on May 28th, 2016 like Titolo. 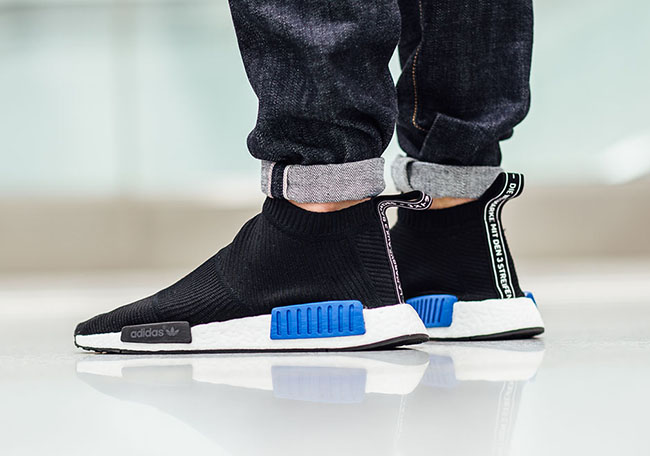 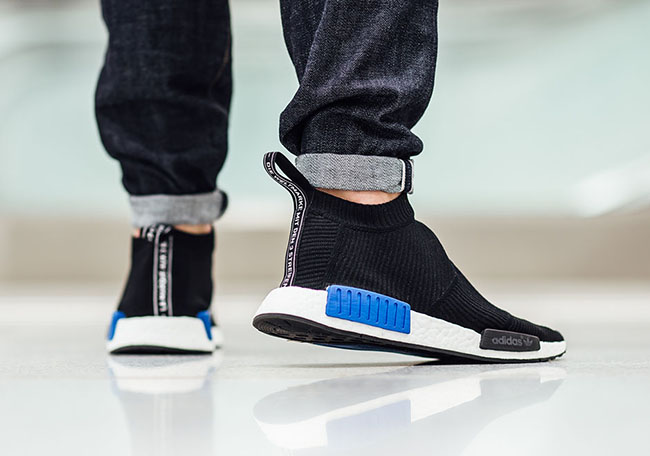