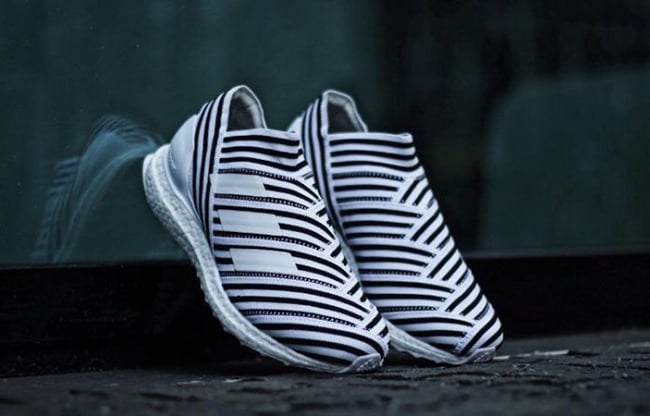 adidas Originals is dressing up all their models in a Zebra like theme after the initial launch of the Yeezy. Next to launch is the adidas Nemeziz Tango 17+ 360 Agility Boost ‘Zebra’.

A variation of the adidas Ultra Boost, the Nemeziz Tango 17+ 360 Agility Boost features an updated energizing Boost. Inspired by football, they feature a textile upper, rubber outsole and full length Boost midsole. As you can see, they are covered in White and Black while stripes land on the uppers to form the Zebra theme.

The adidas Nemeziz Tango 17+ 360 Agility Boost Zebra is scheduled to release at select adidas Europe retailers on June 7th. Retail price will be $200. Rumor has it that only 2,000 pairs will be available. At the time of writing, a stateside launch is unknown but we will make sure to update you with additional details. Continue to scroll below to check out more images which will give you a detailed look. 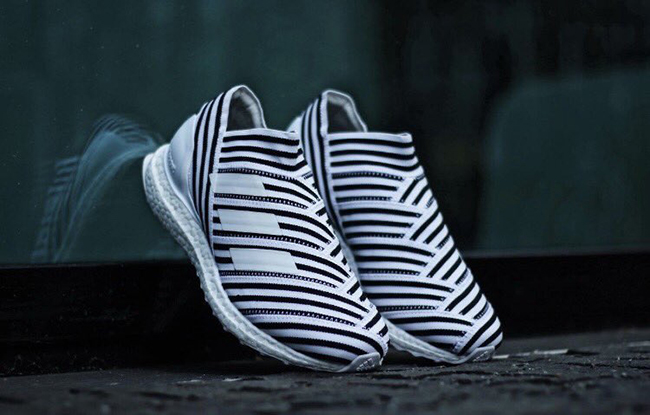 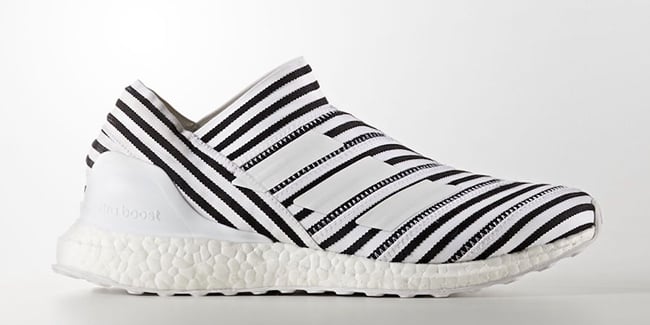 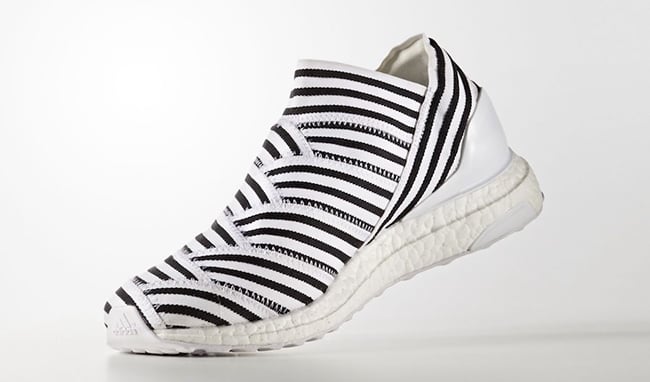 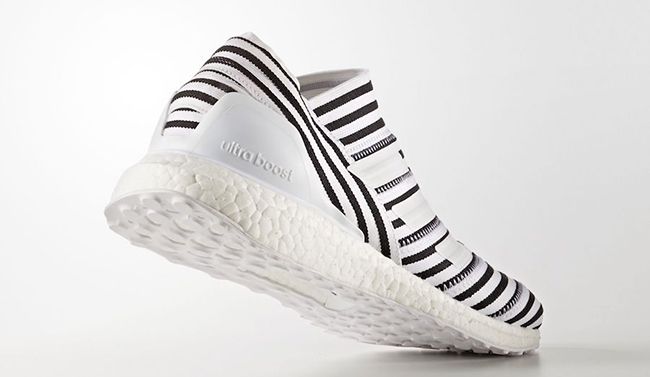 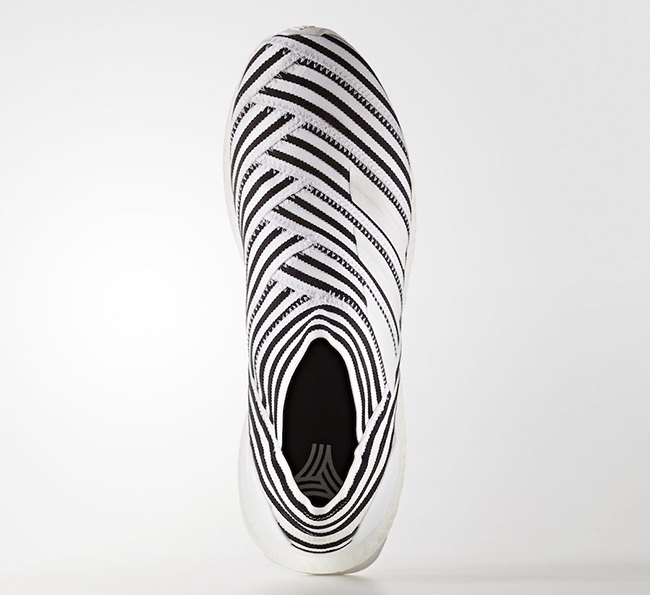 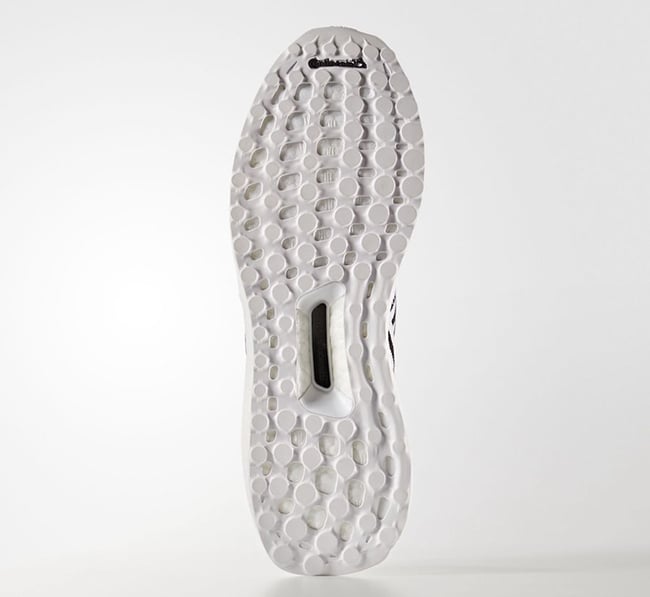 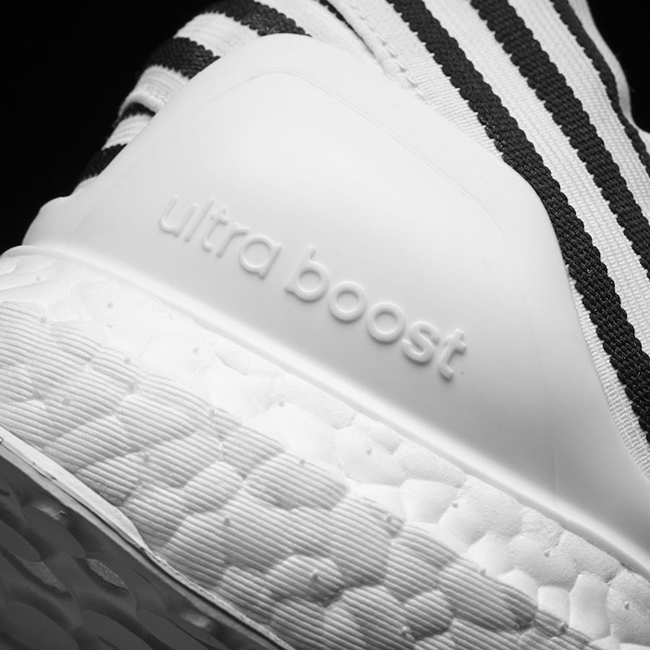