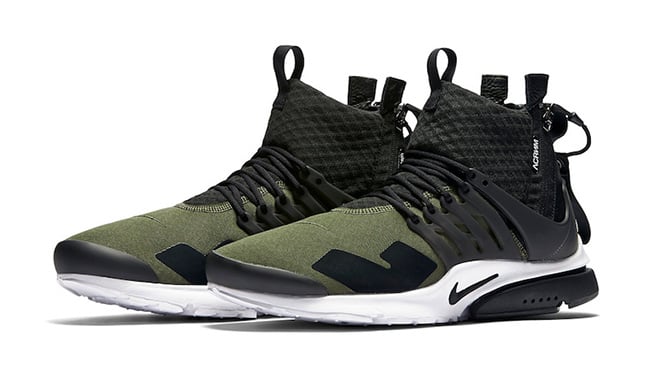 We all know that ACRONYM is teaming up with Nike Sportswear to release the Nike Air Presto. To date, we have seen two colorways of this collaboration and now you can add a third. Introducing the ACRONYM x Nike Air Presto ‘Olive’.

The three pairs of Nike Air Presto releases by ACRONYM will feature a similar build like a higher cut collar, zipper on the side and ACRONYM branding. This pair will feature a shade of Olive on the toe box while Black lands on the TPU cage, outsole and collar. Finishing this pair off is the use of White which runs through the sole.

As of now, a release date for the ACRONYM x Nike Air Presto Olive has yet to be announced, nor is it known on the other two pairs. However they are expected to launch during September. Once additional details become available, we will make sure to update you.

Update: The official images of the ACRONYM x Nike Air Presto ‘Olive’ has leaked. While a release date is unknown, they are expected to debut during September 2016. 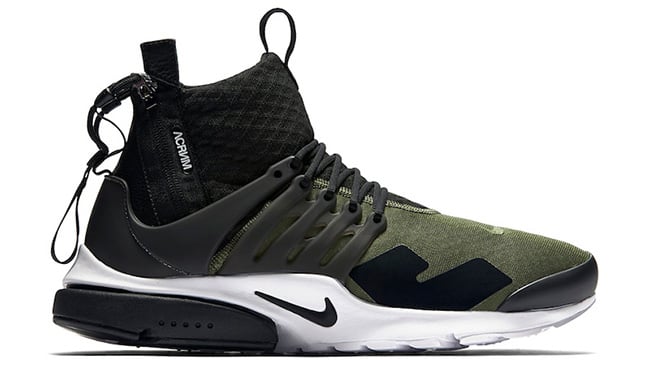 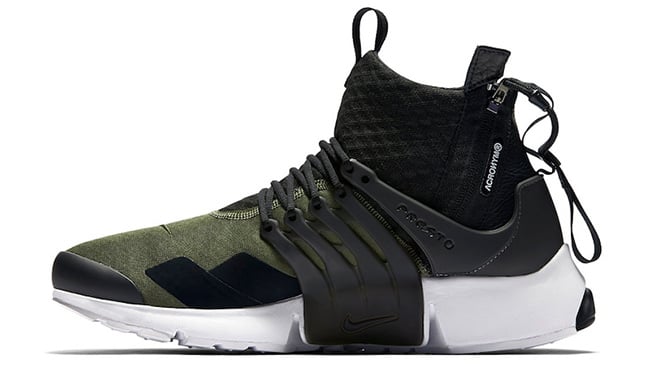 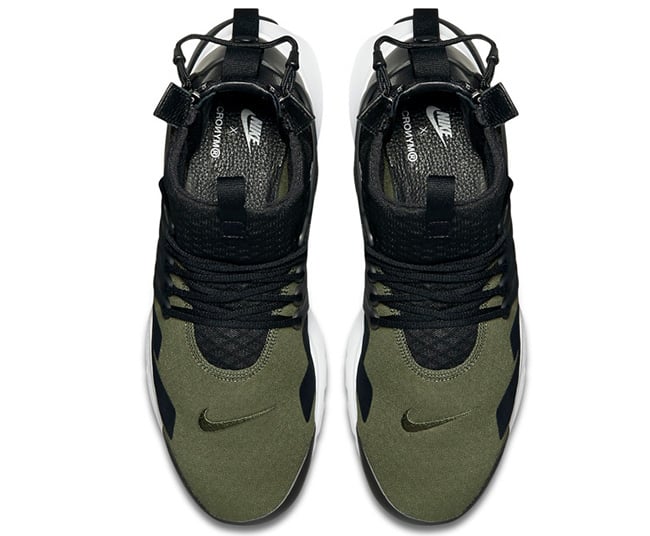 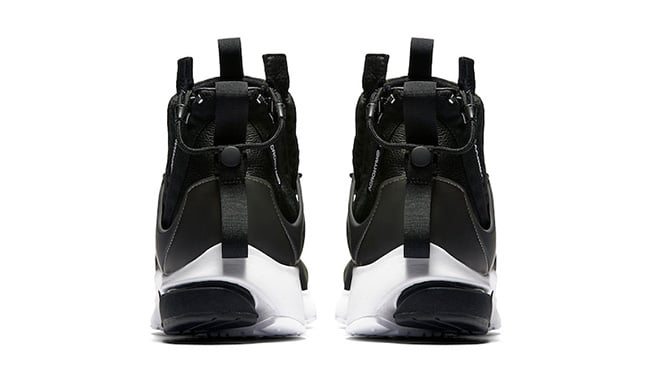 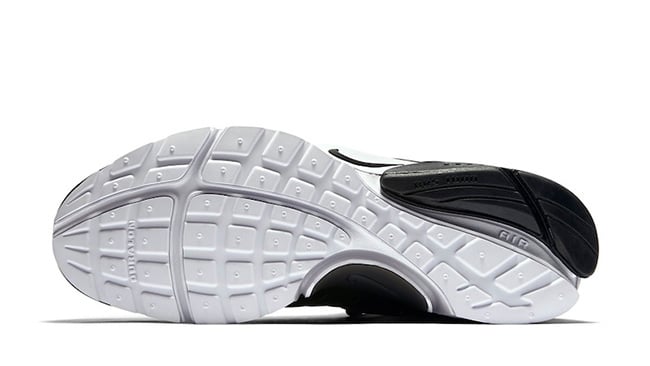 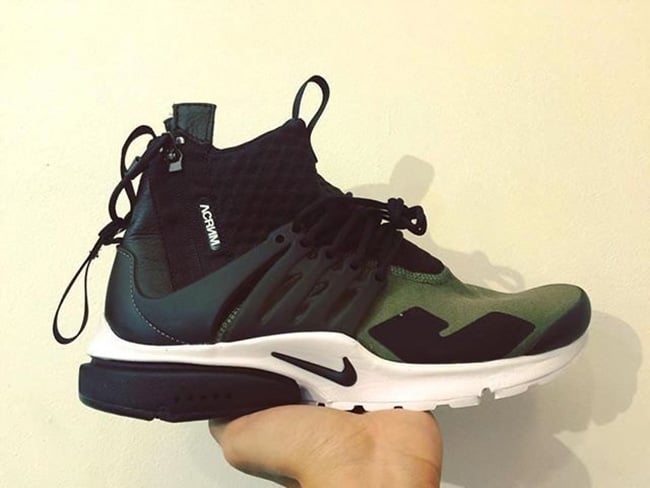