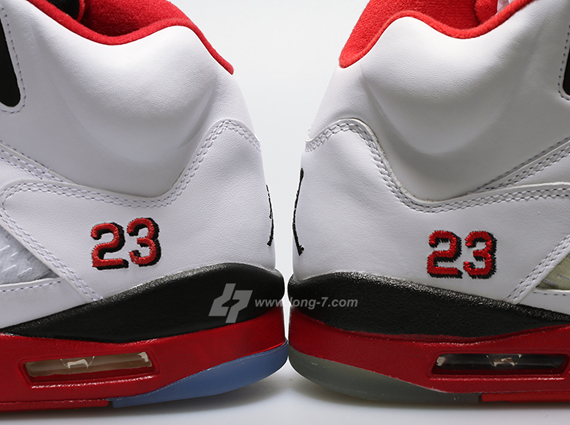 With every retroed pair of Air Jordans comes the inevitable comparisson to its OG counterpart. In this case, it is the “Fire Red” version of the Air Jordan V that is the subject of our latest compare and contrast segment.

Right out the gate, there aren’t any major differences between the OG 2006 version and the upcoming 2013 version which is set to release on August 31st. The only noticeable change between the two aforementioned pairs of kicks involves the kicks soles. The 2013 retro, much like all previous retros will indeed come with the all-too-familiar icy bottom.

Aside from that one design change, the 2013 version of the “Fire Red” AJV stays true to its 2006 roots and is pretty much a mirror image of what hit retailers seven years ago. Keep reading after the jump to see the side by side comparison shots of both the 2006 and 2013 versions of the “Fire Red” Air Jordan V and let us know how you feel about this upcoming retro. 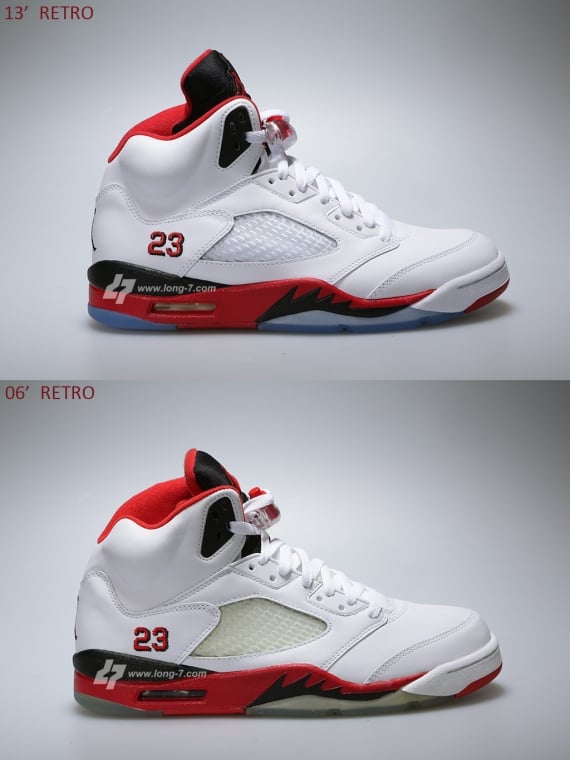 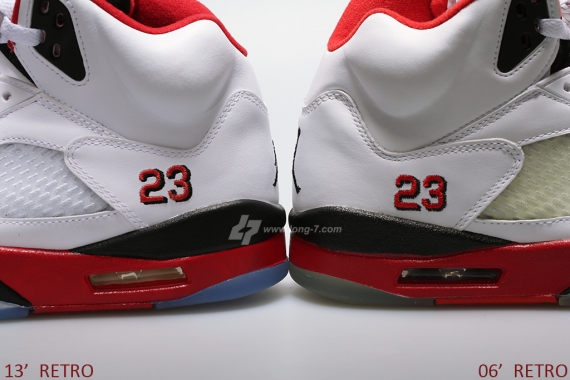 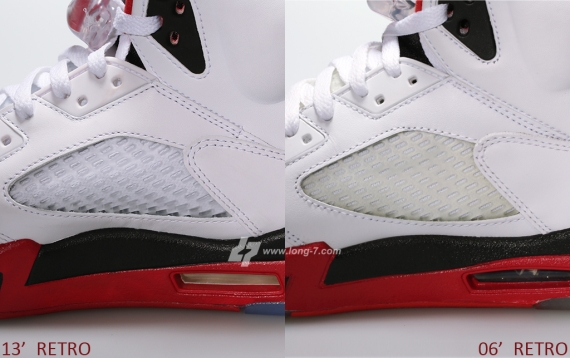 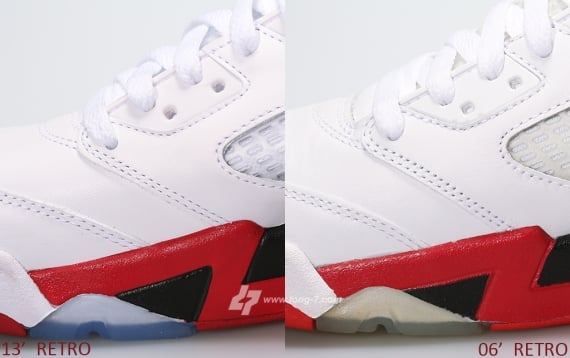 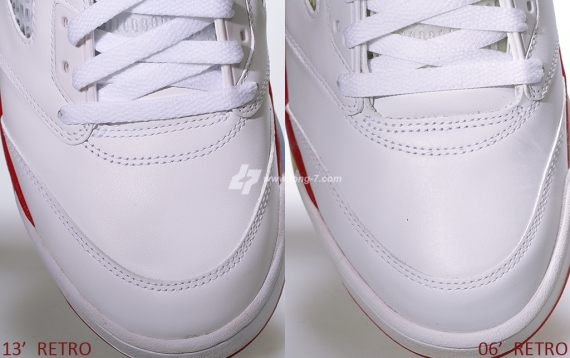 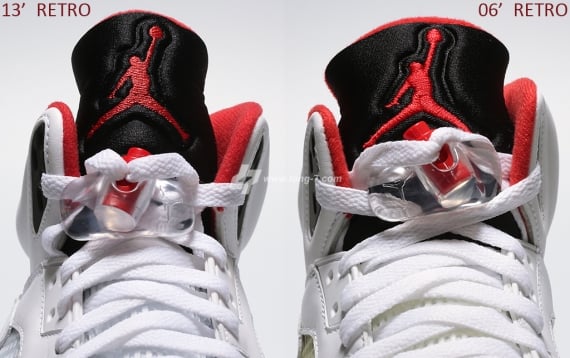 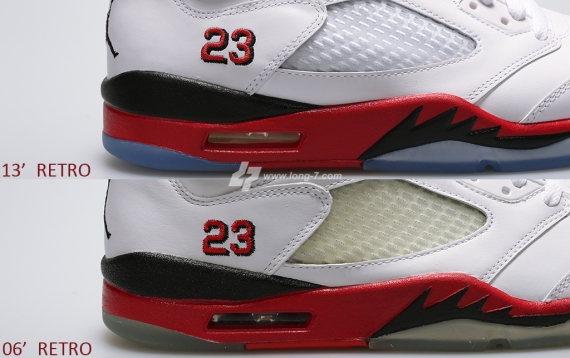