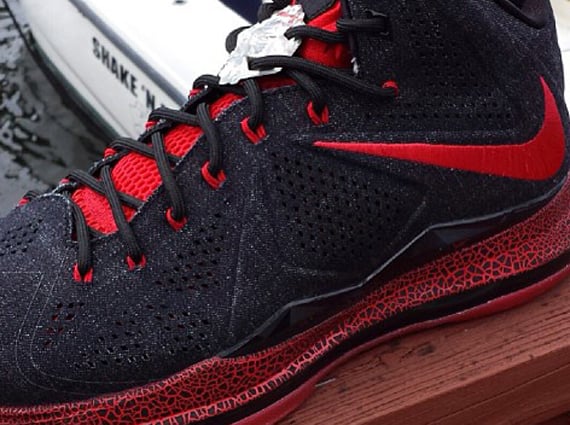 While sneakerheads feverishly wait for the next Nike LeBron X EXT to drop, the drought that has ensued since the time the “Cork” Nike LeBron X’s touched down has been one of imaginable proportions.

As you patiently await the arrival of the other EXT offerings, it appears as if a dope sample version of the Denim/Red Nike LeBron X EXT. Sporting a clean black denim upper, this pair is enhanced by the addition of a red crackle-like effect about the midsole. Adding to this pairs design appeal is the vibrant red mesh tongue which adds an extra level of flavor to this already eye catching sample. Not to mention the, the Swoosh receives a brazen splash of red as well which looks rather nice against the black denim upper.

Keep reading after the jump to see an additional shot of the aforementioned sample. After you give the pic a good look, let us know if you would prefer to see this version hit retail as opposed to the one that is slated to release. 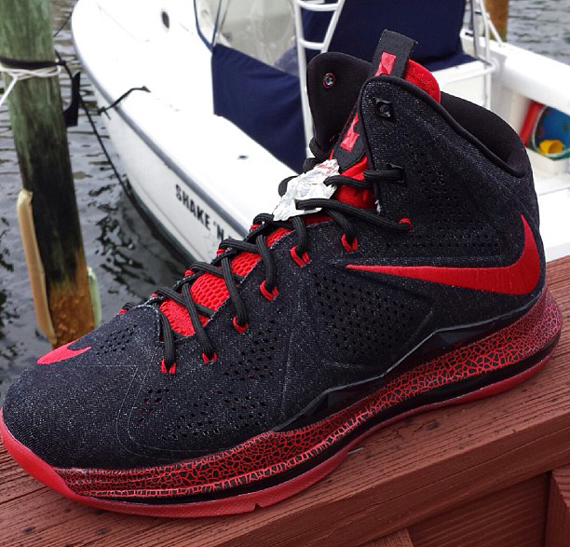