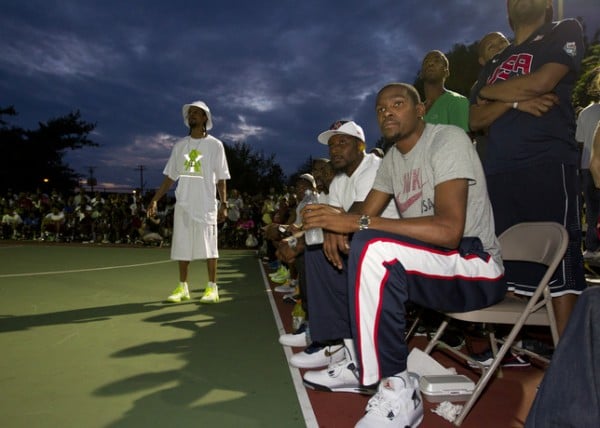 With a surprise visit by hometown star Kevin Durant and his teammate James Harden under the Friday night lights, the Barry Farms based Goodman League is named after community activist George Goodman. Since it began in the 1970’s the league has featured current and former pro and collegiate stars.

To assist the Barry Farms neighborhood, Nike also unveiled a new premium court and stadium-style bleachers. The new Nike court features a resilient surface suitable for all-weather play that will be a centerpiece of the Barry Farms community for years to come. 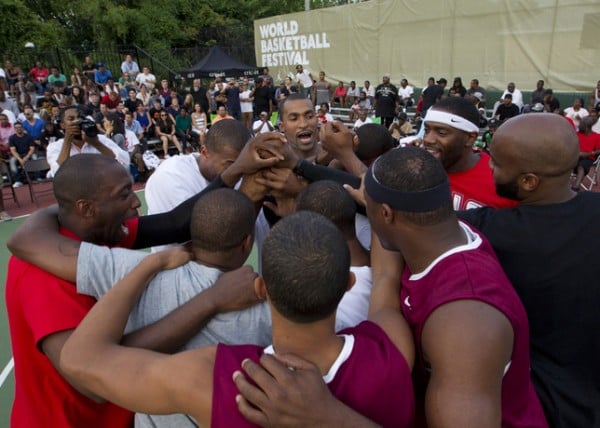 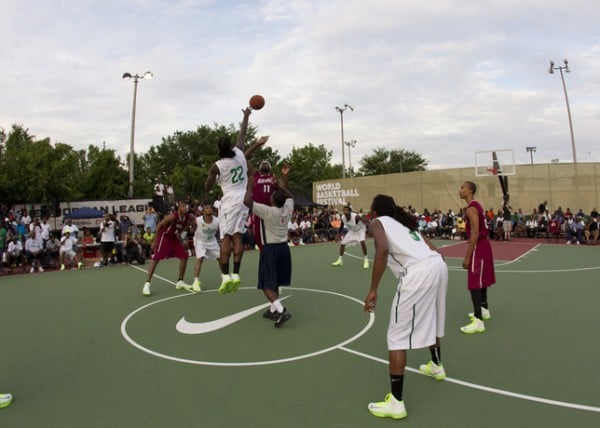 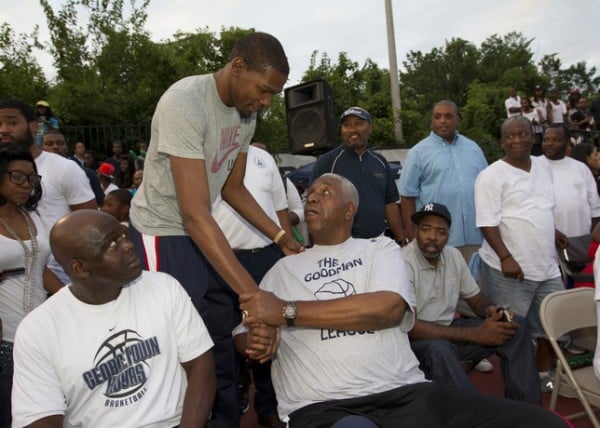 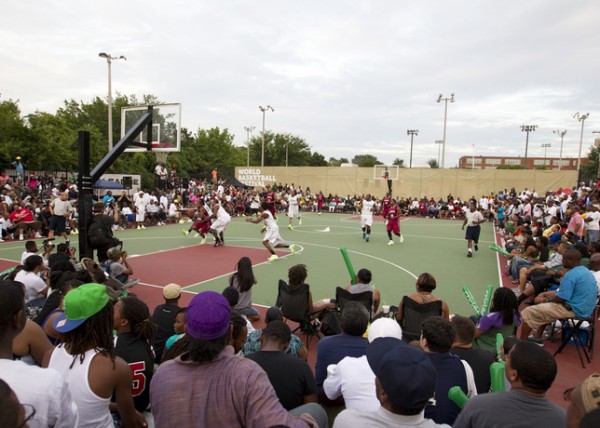 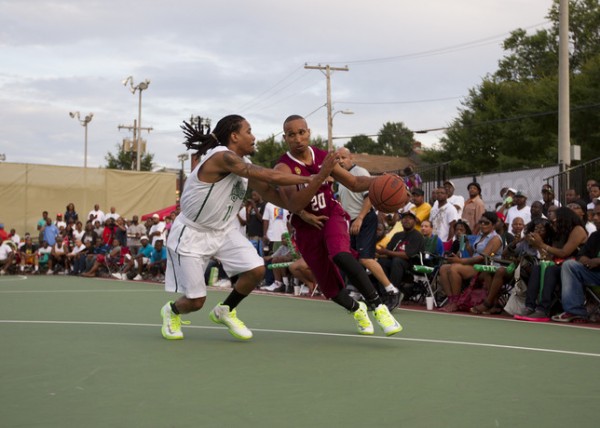 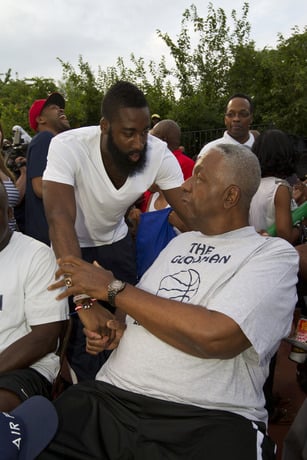