What the Dunk SB Real Concept or Fake? 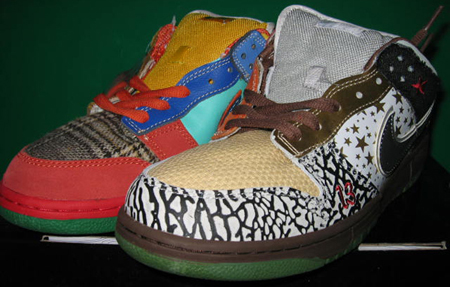 Some interesting yet controversial pictures have shown up online that has left sneaker heads in shock. While some say this pair is real, others say they are fake, but overall its a big mix up. This Nike Dunk SB is called “What the Dunk” for the logo on the insoles, but this pair is FAKE. You can tell by many reasons (logo’s of Raygun and Pigeon off, cement print and more) but the concept is REAL! Nike SB has considered and might actually release a pair like this.

Now, when and if a real pair comes out from Nike SB, it is said that materials, characters, colors, numbers and more are taken from original releases of Nike Dunk SB’s and combined all on one Dunk. You can see the pigeon and raygun characters at the heel, number 13 and 7 on each shoe (Unlucky and Lucky Dunk SB), and other characteristics from Shanghai 2, Calis, Supremes, Hufs, Tweeds, Bucks and more.

This post is only to set the record straight, we hate and never will endorse fakes. 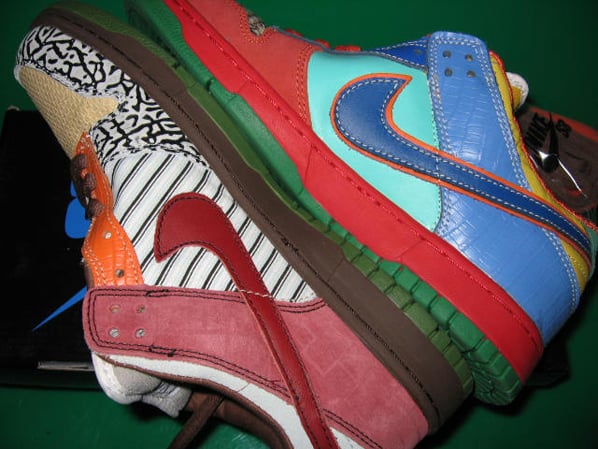 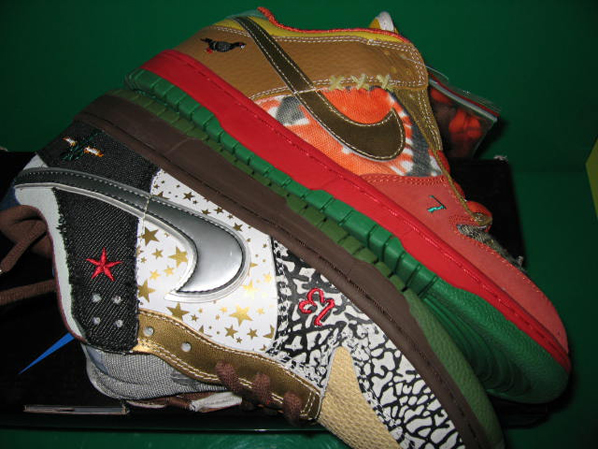 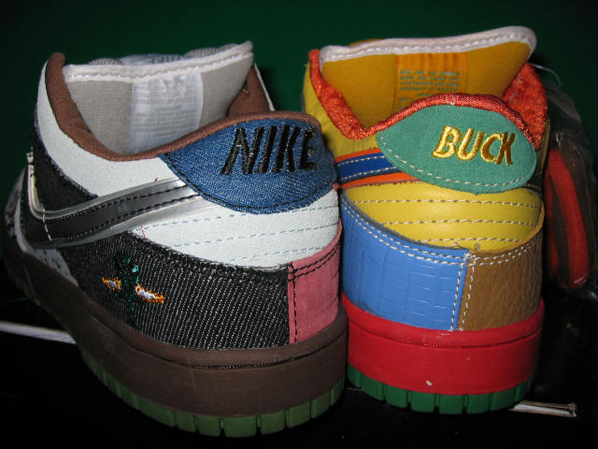 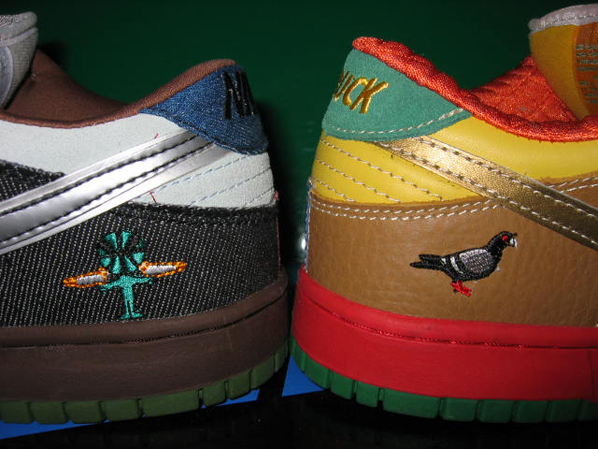 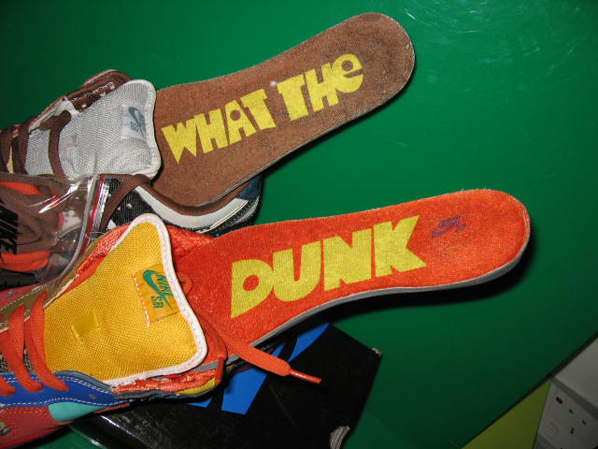