The last race in Nike‘s We Run series took place over the weekend in Kuala Lumpur.

On Oct. 13, more than 12,000 runners took over the streets of Kuala Lumpur in Nike’s first-ever evening race in the city. The race flagged off at 5:30 pm on Jalan Ampang with the route taking runners through the AKLEH highway and past some of Kuala Lumpur’s most iconic buildings such as the Petronas Twin Towers and the Kuala Lumpur Tower.

Along the way, runners were kept entertained by dancers and performances comprising of different musical genres. From the street beats of hip-hop to the energetic sounds of K-Pop music, the runners were spurred on from the very first kilometer.

As runners ran across the finish line and into the race village, they were treated to the sounds of Mizz Nina as she sang some of her most popular hits including “Just Do It” before the country’s top DJ duo, DJ Blink and Goldfish, took to the task of entertaining the runners with a medley of tunes that kept the runners partying and celebrating their achievements.

“Every year, we try to bring something different to the table and this year we aimed to deliver just that. We strive to provide a different experience for runners and we wanted to create an atmosphere like no other. Everything from the route to the entertainment to the race village was created to enable runners to have the best running experience,” said Joan Yeoh, Country Marketing Manager of Nike Malaysia.

Nike Malaysia donated RM30,000 to Dignity For Children Foundation. The funds will be used by the foundation to help fund a grassroots sports program for the children, as part of Nike’s commitment to grassroots development in Malaysia.

The 2012 We Run series kicked off in Riga, Latvia on Aug. 26, and will conclude in Santiago, Chile on Dec. 15. Registrations for the Nike We Run KL this year was met with an overwhelming response as more than 15,000 slots were snapped up within a mere 5 hours after it had opened. 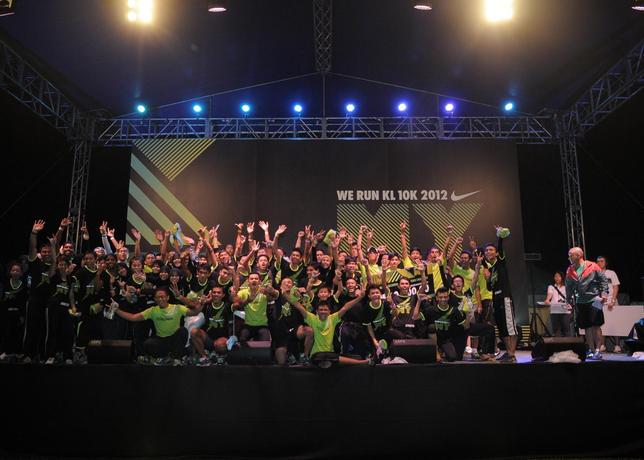 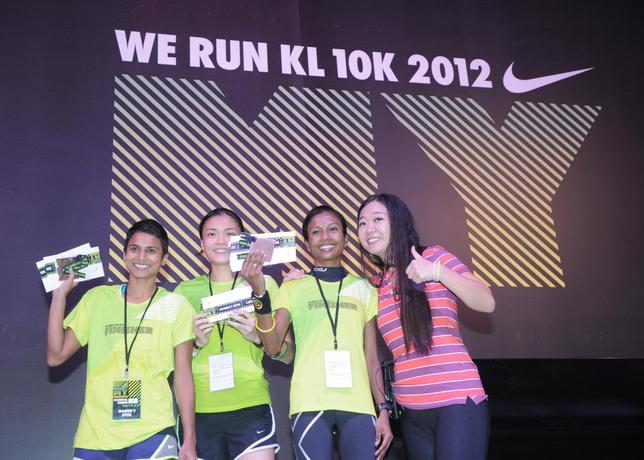 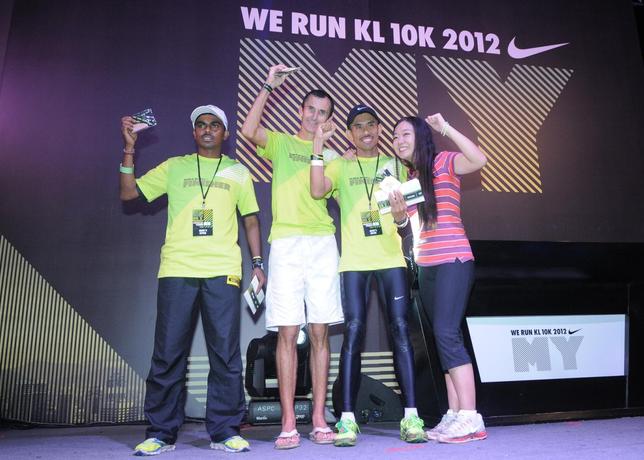