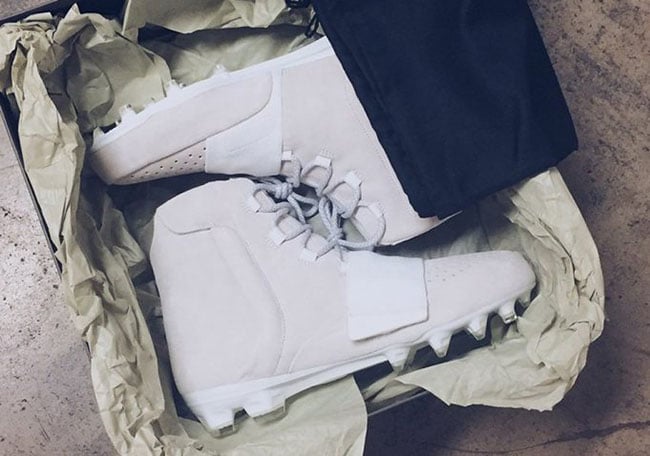 The NFL season is about to start tonight with a great matchup on the verge of going down. Von Miller and the Denver Broncos will take on the Carolina Panthers for a Superbowl 50 rematch.

Prior to the game, Von Miller showcased what he will be wearing on the field, a pair of adidas Yeezy 750 Boost in cleat form. It’s hard to tell from the image if they will come with the zipper and actual Boost in the midsole, but the real question is, how much support will the shoes give him? Obviously the Yeezy 750 Boost wasn’t meant for football nor any other professional sport, but it’s possible that some reinforcements were added which looks like it in the toe.

While you will see Von Miller lace up the adidas Yeezy 750 Boost Cleats tonight, it could be for a short amount of time and now the whole game. Let us know your thoughts in the comments below.

Thanks @KanyeWest and @adidasfballus for the cleats!! Can't wait to test them out tonight!!! pic.twitter.com/OmcB7jUWDo