Another Nike Flight One has released this week, this time using a White/White-Game Royal-Anthracite colorway, and today we take you a bit closer.

Similar to the Orlando Nike Flight One that released earlier this year, the White/Game Royal uses less black and a lighter shade of blue.

Released November 7th 2012, retail price is $120. You can pick these up now at your local Nike retailer. 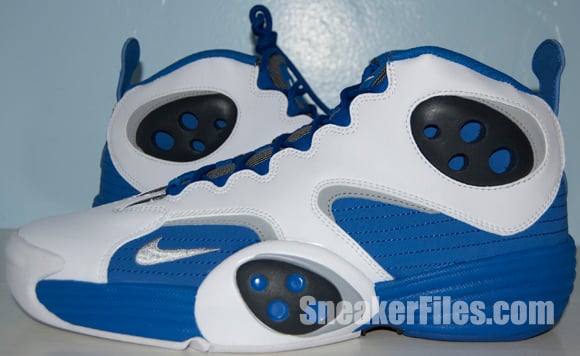