Yesterday the second Nike Air Penny 5 released known as the Orlando Magic, and since we love sneakers we decided to sit down and make a video.

Penny Hardaway started his NBA career playing for the Orlando Magic, so this shoe is a direct tribute to his one time team.

The Penny 5 Orlando features a leather upper with Foamposite overlays both being predominatly black. Game royal blue accents the shoe on the Nike and Penny logo, midsole, sock liner, insole and within the Air Bubble. The sole uses a Zoom Air Unit at the forefoot and Air Sole at the heel. Lastly Nike placed a translucent sole and outsole.

You can grab the Nike Penny V Orlando at Nike retailers for $165. 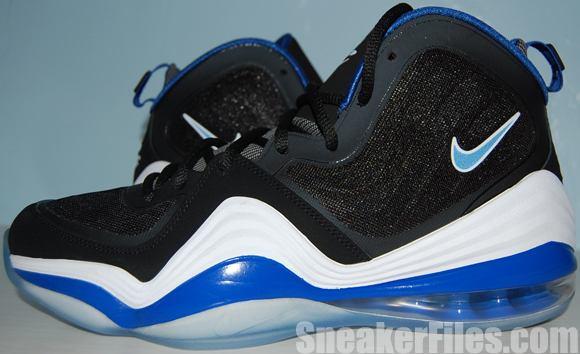