One of many highly anticipated shoes of 2013, the Air Jordan 5 Grape is set to hit retailers in a few weeks. To hold you over we present to you a video of the Grape V’s, that so many of you desire.

Originally released in 1990, the Grape Air Jordan 5 was made popular by MJ off court but other stars like Fresh Prince and Jerry Seinfeld were also seen wearing the Grapes back then.

In 2006, we saw the Grape and Emerald Jordan V‘s release once again with long camp out lines and chaos.

Close to original form, we have white leather on the uppers with white plastic mesh, a mix of emerald, grape and black on the midsole, more mesh on the tongue with purple residing on the top and emerald green stitched in jumpman (as well as on the heel). Our sole is translucent but has a blue tint to them. 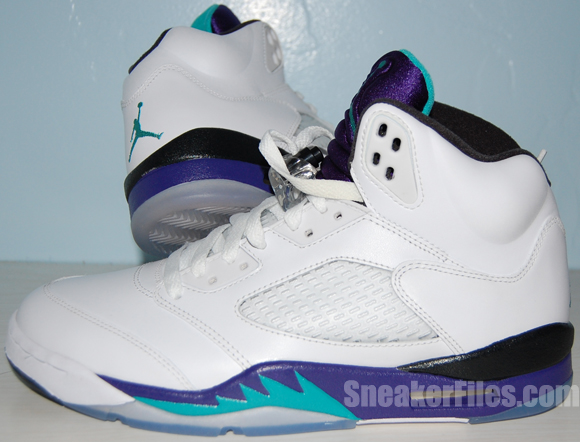