Taking you a bit closer on the Air Jordan 9 Olive 2012 with this new video. Once again giving you a detailed look.

The Air Jordan IX Olive 2012 is probably one shoe that people disliked upon original release in 1993, but with time they have grown on many.

For the 2012 release, the Olive Jordan 9 features nubuck olive around the mid-panels, shiny and soft black leather on the uppers, red hints on the heel, tongue and sole.

You will have to wait till November 17th 2012 for the official release date, but you can grab a pair early at KickSole.com. 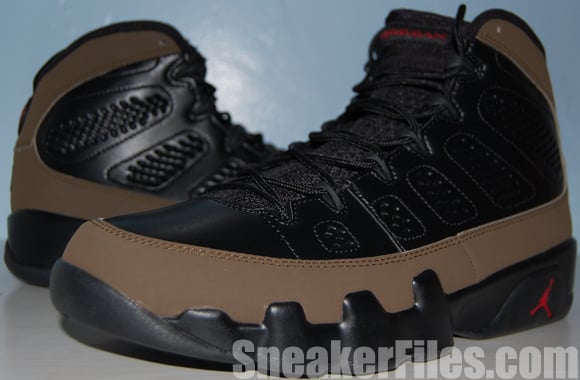