It’s that time again! Today we break down the Bugs Bunny Air Jordan 8 in this new video.

The Jordan VIII Bugs Bunny 2013 retro is a classic amongst sneakerheads and individuals that watched Michael Jordan play in his days.

Releasing several times since the original release in 1993, the Air Jordan 8 2013 is identical to its predecessor.

Featuring a predominate white upper with hits of perforation, grey nubuck wrapping the heel, a mixture of dark grey, black, white and red throughout the midsole, overlapping straps with “23”, and the “carpet” like Jumpman logo on the tongue.

Get ready because the Bugs aka Hare Jordan VIII release this Saturday, April 20th 2013 with a retail price of $160. You can scoop a pair up now at KickSole.com. 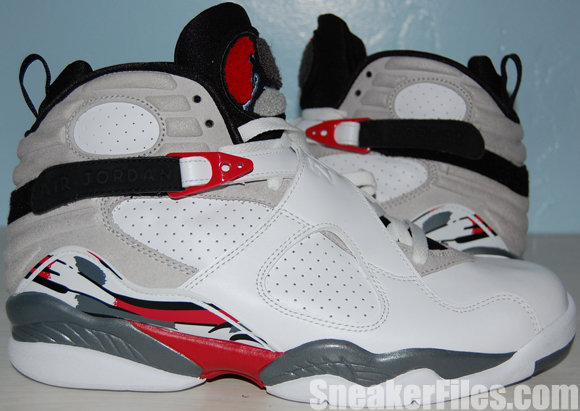