In 1989, Michael Jordan hit a buzzer beater shot over Craig Ehlo to defeat the Cleveland Cavaliers 101-100. This shot lead the Bulls past the Cavs in the Playoffs, and is Jordan’s first playoff buzzer beater that won the game.

Today, May 12th 2012, Jordan Brand will celebrate this victorious shot with the release of the Air Jordan 4 “Cavs” aka “The Shot”.

As you can imagine, the Air Jordan IV Cavs sold out at most retailers earlier today, but we wanted to share an up close look at this pair.

Official colorway for The Shot Air Jordan 4 is Black/Safety Orange-Game Royal and retail was $160. 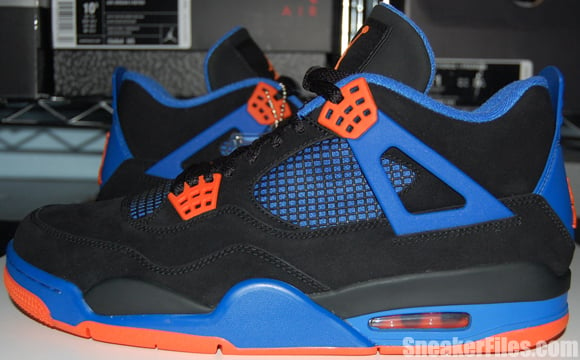