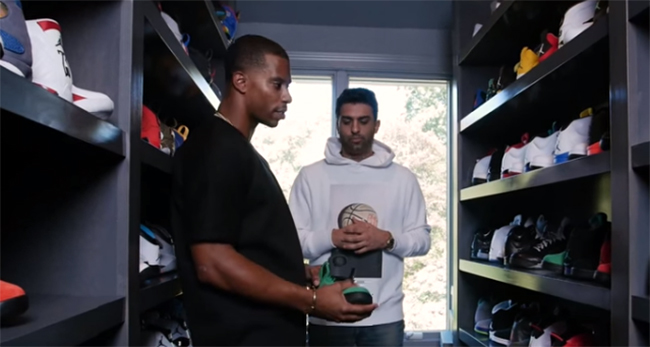 Victor Cruz who will also have his own signature shoe coming soon also has an impressive sneaker collection. Complex sat down with the Giants wide receiver and went through his sneaker closet. Not only did he share some of his gems, but he gave us some information that some of you will enjoy.

Cruz stated in the video that we can expect more OVO Air Jordan’s to release, at least a couple more pairs. He didn’t say which pairs, but early today the ‘Black’ Air Jordan 10 OVO has been confirmed to launch in 2016.

Besides the Jordan 10s to come, we could even see the Air Jordan 12 and Air Jordan 8 OVO release. It’s not far off as next year Jordan Brand will be launching a handful of Jordan 12s and as of now are starting to drop the Jordan 8. Below you can see the video showcasing Victor Cruz’s sneaker closet. Let us know which model you would like to see release by leaving us a comment.