Introducing to you a new series called The Vault. Each week we will dig through our collection and feature either a original, player exclusive or older retro.

This week we bring you the Original Air Jordan 6 ‘Sport Blue’ also known as September Blue. We felt it was only right since they are planning to retro for the first time.

Everyone now is calling them the Sport Blue, but when they originally released and years to come, many called them the September Blues. For the OG’s, we can’t say which one is correct. On the box label it reads ‘SPTBLU’, which many believed to be abbreviated for September.

The Original Jordan VI September/Sport Blue shown is in good condition for being 23 years old. They are deadstock, but have minor cracks and yellowing due to age.

Let us know what you would like to see next! 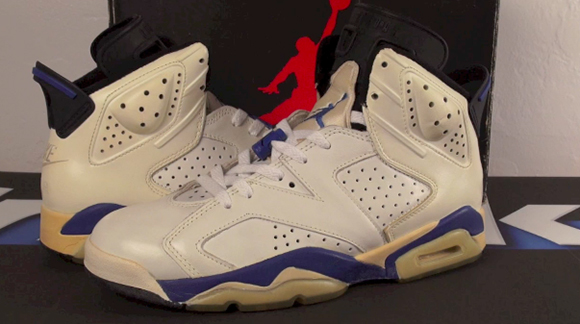